Yumna Zaidi Turns Cricketer In Her Debut Film; Calls It ‘Close To My Heart’ 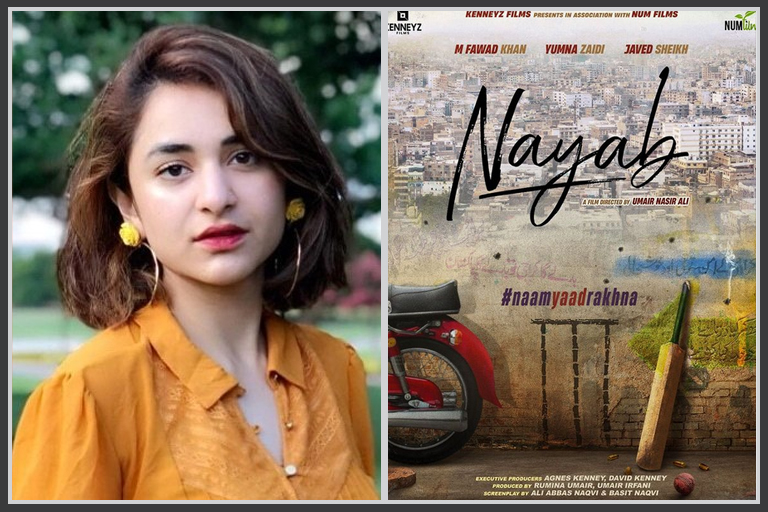 Yumna Zaidi doesn’t need any introduction. She is counted among the big stars of Pakistan. Starting her career from Thakan (2012), and having worked in dozens of successful dramas in a career that has clocked a decade, Yumna Zaidi will now be seen on the big screen for the first time.

The actor is all set to star in Umair Nasir Ali’s ‘Nayab’. The film that revolves around cricket will also star M Fawad Khan and Javed Sheikh in important roles. Sharing the first poster of the film on social media, Zaidi wrote,” Immensely excited to share the title motion poster of my first feature film for Pakistan “NAYAB”. The idea and making is so close to my heart, sharing it with all of you.” 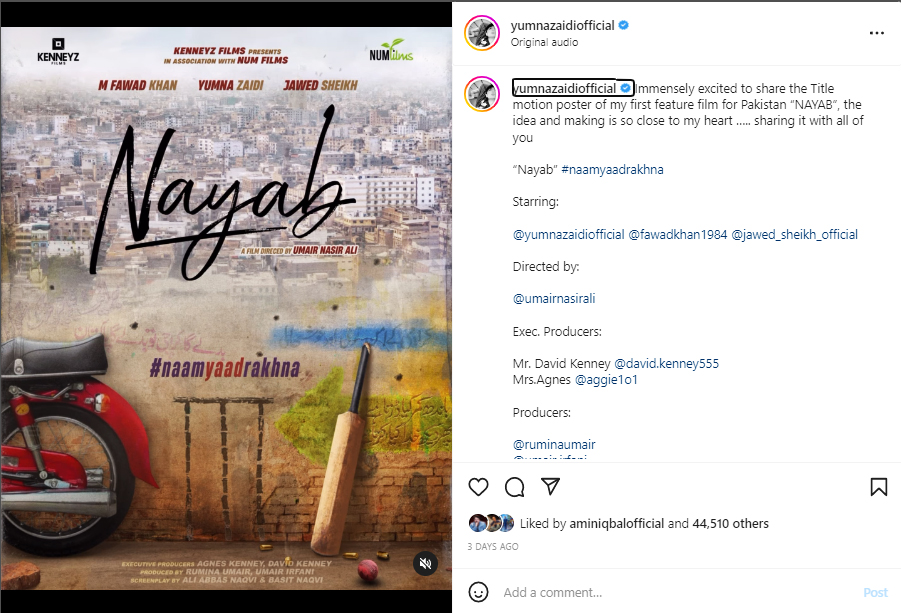 “This [Nayab] character is about a girl who is passionate about cricket, trying to reach a certain point with her brother’s help as she struggles. He helms her reach her dreams,” Zaidi said, while divulging details in an exclusive conversation with Dawn Images.

She further added, “The team is absolutely great and accommodating. Right now I am at the training for couple of months, working for this project.”

The film is being produced by Rumina Umair and Umair Irfani. Its executive producers are Agnes and David Kenney of Kenneyz Films and the screenplay is by Laal Kabootar fame Ali Abbas Naqvi.

Checkout how the perfectionist actor is preparing for the role

On the work front, the actress is ruling the timeline with her stellar performance in HUM TV’s Bakhtawar. Besides, her latest endeavor Tere Bin for GEO Entertainment has been topping the YouTube charts.

What do you think about Yumna’s film debut? Did you like the first poster? Tell us in the comments below!

Read Fashion Times Magazine for the latest in Entertainment, fashion and lifestyle news.