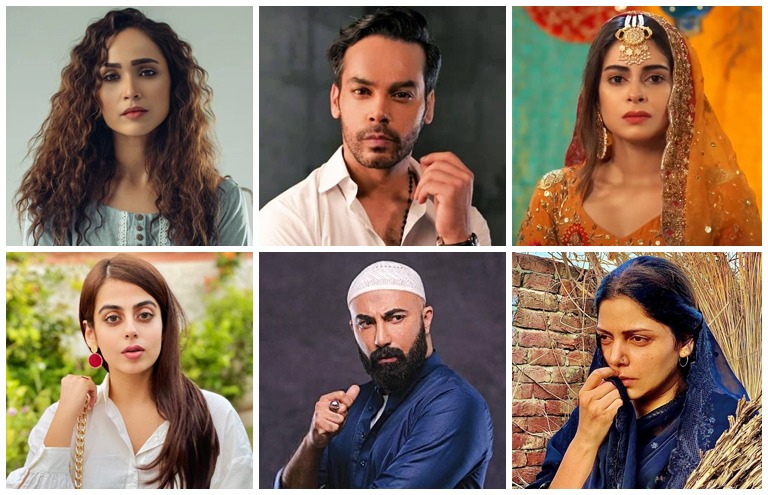 The year 2021 is soon heading towards its conclusion. It is that time of year again, when lists are made, rankings are passionately argued about. One thing that we can’t deny, it’s been a great year for the entertainment industry of Pakistan. Right from dramas like Qayamat, Raqeeb Se to Pehli Si Muhabbat and Lapatta, the actors created characters worthy of admiration, those that won our respect and those we’d applaud.


Let’s take a look at the Top Drama Performances of 2021, who despite of the presence of other strong performers, stood out with the incredible portrayal of their roles and aced their acting chops.


Khan, an actress who eschews vanity and dives headlong into her character, had a lot to do in Qayamat as a woman in precarious marriage. Samra was a challenging part but she essayed it with perfection and most importantly, with sensitivity. This was no easy character and as the drama progressed, one realized the character is so layered and complex. She came so close to the viewers that we almost hear her heartbreak. Amar is, as always, immensely credible and brings fragility to the enterprise.

Faryal has delivered several memorable performances but this one was surely one of her most accomplished acts. Insha in Raqeeb Se was the relatable, level-headed one. A girl who knows what trouble is and wants to stay out of it, thank you very much. She makes her character, and her problems, feel real. She is definitely being seen in a new light after Raqeeb Se.

The gorgeous and bubbly, whom we have seen laughing and giggling proved her caliber in a negative role in Azmaish. She is now a big threat for her contemporaries. Her portrayal as the rich and arrogant Shiza came across as if the role was meant for her only. You forget its Yashma when you see her cunning antics.

Hadiqa Kiani made a very confident TV debut. The natural ease displayed by Kiani in front of the camera was exemplary. Sakina had the maturity that made her presence on the screen quite appealing. She handled this difficult role with so much ease and that’s a feat for a debutant. She also deserves praise for agreeing to do this part, facing stalwarts like Noman Ejaz and Sania Saeed.

Playing the most complicated character on this list, Gohar did fantastically make his Daniyal come alive. He was the star performer in Laapata, though others also did well. The actor, as always, delivered a smashing performance and not even for a single second, did he go off the character. He was simply effortless as the abuser, psychopath, misogynistic and spineless husband.

Hassan Sheheryar Yasin’s television debut was quite challenging. A role that required him to brush is Urdu language skills and boy oh boy, he perfectly aced the accent, postures and gestures of Akram. HSY came out with flying colors; his act was spot on. His dialogue delivery, communication with his eyes and silences, was something to watch out for. HSY is sure to shine ahead.