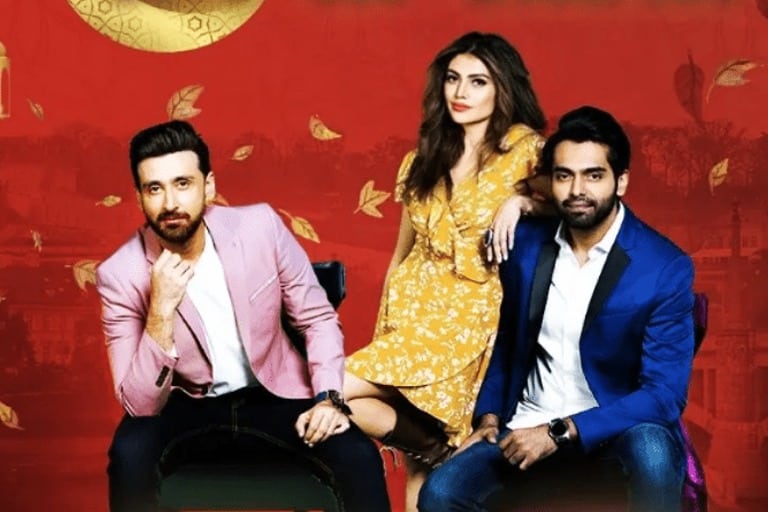 The recently released trailer of Manish Pawar’s upcoming romantic drama Yaara Vey has already started trending online. Full of emotions, it touches the audience’s hearts and showcases the fun moments by the lead actors Aleeze Nasser, Sami Khan and Faizan Khawaja. The trio’s excellent on-screen chemistry is one of the high points of the film and it looks like we’re getting an intense love triangle.

Have you seen the trailer? Watch it now!

The 2.37 minutes trailer has everything from romance to comedy and not to mention the soon-to-be chartbuster songs. Faizan grabs attention with his charming appearance as Arman Syed. Aleeze as Sania enchants the audience in her beautiful girl-next-door avatar. The supercool Sami Khan dons the character of Sameer and spreads his magic leaving the viewer wanting more. How would this love story pan out? We can’t wait to find out.

The YouTube description of the trailer reads, “Triangles are always messy and the one between the disciplined Sania, the gentle Armaan and the maverick Samir was more than she bargained for. Sania’s journey from Dubai to Thailand to Georgia and back again, changed her in ways she couldn’t have imagined. But life had yet another curveball to throw her way; one that threatened everything she knew to be true.”

Writer MahwashAjaz shared the trailer on Twitter and wrote, “Guys, this is the film I wrote. It’s releasing on November 11. Hope you get to see it and like it! It stars Sami Khan, Aleeze Nasser with Javed Sheikh & Marina Khan”

Guys, this is the film I wrote. It’s releasing on November 11. Hope you get to see it and like it! It stars @samikhan421, Aleeze Nasser with Javed Sheikh & Marina Khan ❤️🌹🌸 #YaaraVey pic.twitter.com/HIi6GnQMBa

The teaser already created a lot of buzz about the film which has been primarily shot abroad. Produced by Beeline productions, the story, screenplay, and dialogues are done by Althea Delmas Kaushal and Mahwash Ajaz. The supporting cast of the film also includes Jawed Shaikh, Marina Khan, Ali Sikander, AsadRaza Khan and Poonam Vichare Moorthy.