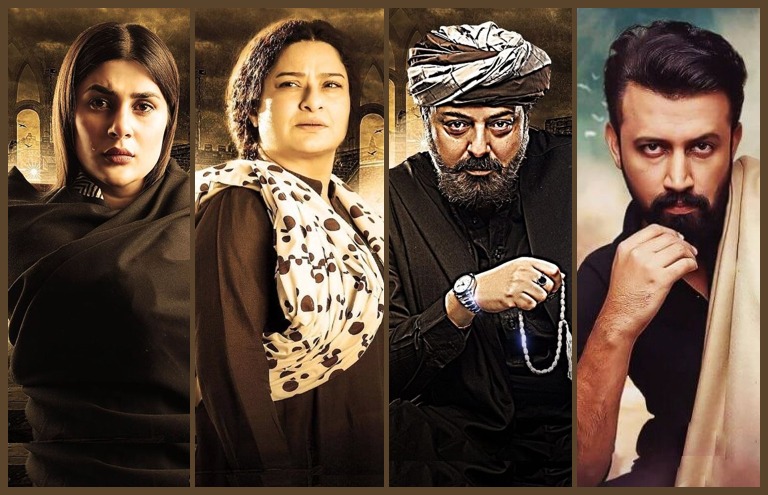 The last quarter of 2021 saw the reopening of cinemas in Pakistan. Khel Khel Mein being the first film to release did reasonably well. However, the next local release Kahay Dil Jidhar sank without a trace. With few Hollywood films in the running and the absence of Bollywood films, the situation at the ticket windows and local distributors is unfavorable. Amid such a situation, HUM TV gears up to release the first episode of its upcoming play Sang e Mah in cinemas on January 8. Will it draw audience to the theaters, lets discuss? 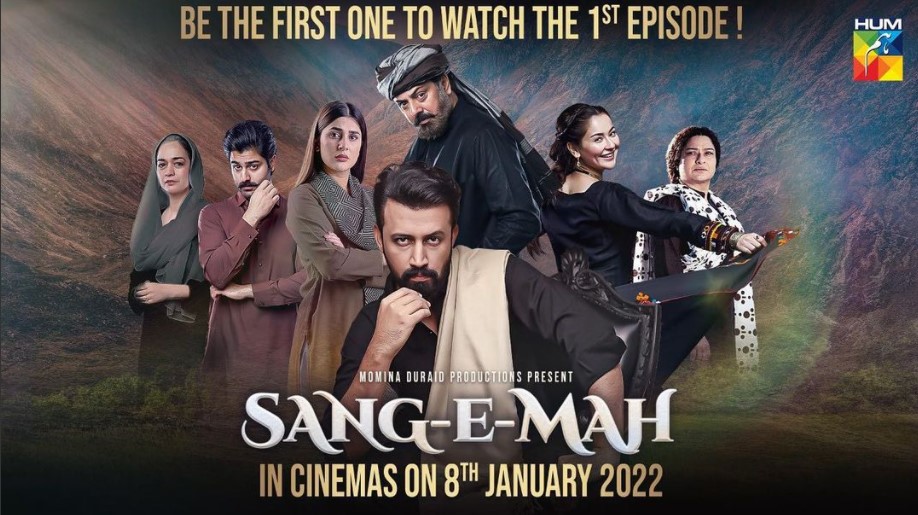 What is Sang e Mah All about?

Sang e Mah is a transcendent tale of love and retribution. It features a stellar cast that includes Kubra Khan, Sania Saeed, Naumaan Ijaz, Mikaal Zulfiqar, singer Atif Aslam, Hania Aamir, and Zaviyar Ejaz. Written by Mustafa Afridi, it is produced by Momina Duraid Productions and narrates the story of a family belonging to the tribal areas of Pakistan whose traditional values are prioritized over love and even their lives. The play is a sequel to 2016 Sang e Mar Mar that opened to rave reviews with critically-acclaimed performances.

The theory behind a theatrical release

The drama will air on HUM TV on Jan 9, but will premiere first in cinemas. According to Dawn Images, a representative of HUM TV said that ‘Sang e Mah has the ‘potential’, the channel is always ready to experiment with different projects. With no footfalls in theatres HUM TV hopes that it will enable the audience to enjoy Pakistani – centric content on the big screen.’

Going by the promos of the anticipated project, we feel that Sang e Mah has the potential to get the audience’s attention. It brings to light-sensitive issues like ‘Ghag’ (a custom where a call is made by a man to claim a woman for marriage.) Earlier the leading lady Hania Aamir explained in-depth about this custom in an elaborated Instagram post. 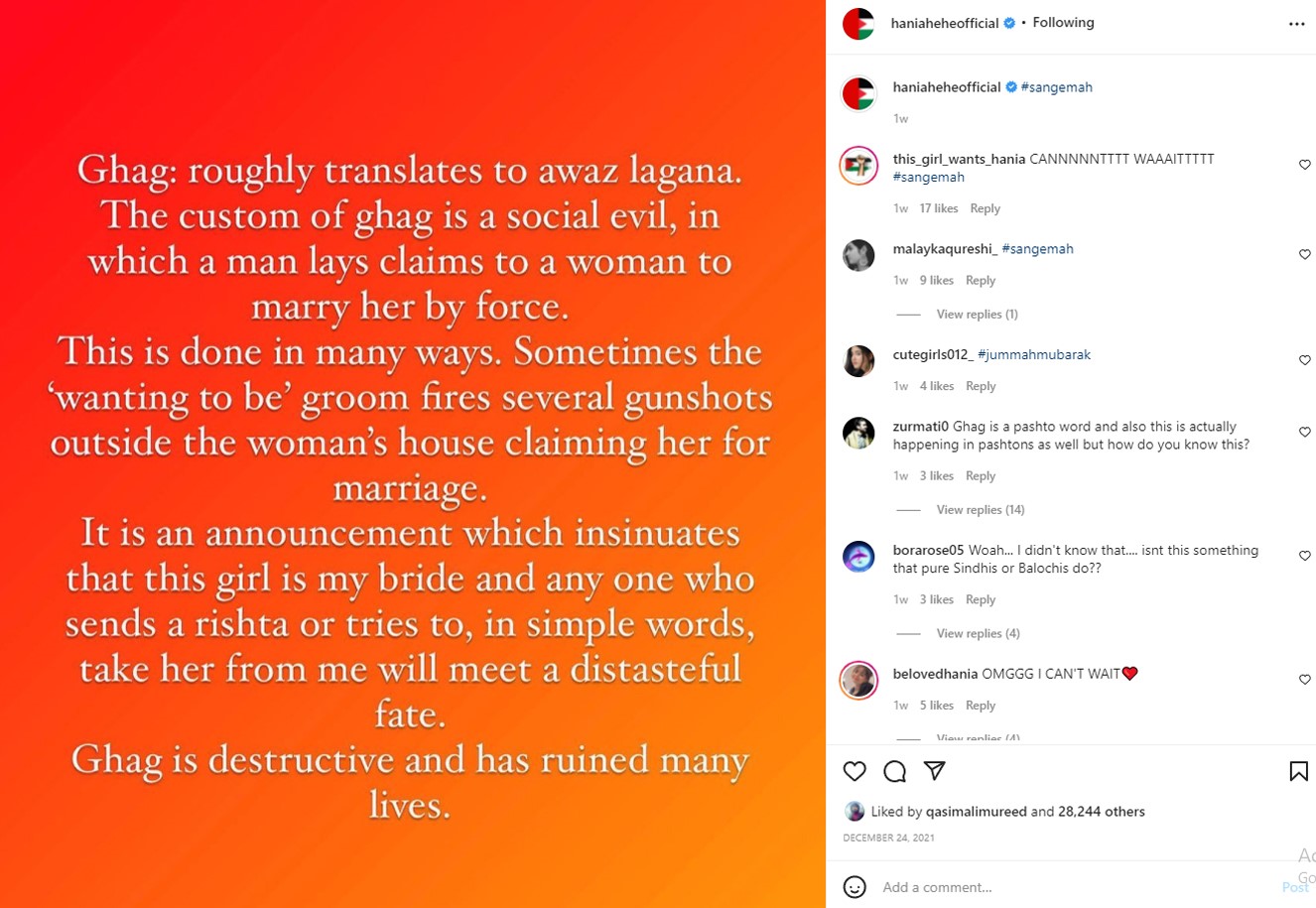 Will Atif Aslam’s TV Debut do the trick?

Aslam didn’t get a wholesome chance to showcase his acting chops in the female-centric film ‘Bol’ (2011). However, his debut on the small screen looks promising. His gut-wrenching sequences, his voice, and his chemistry with Kubra Khan is something the entire nation is looking forward to. 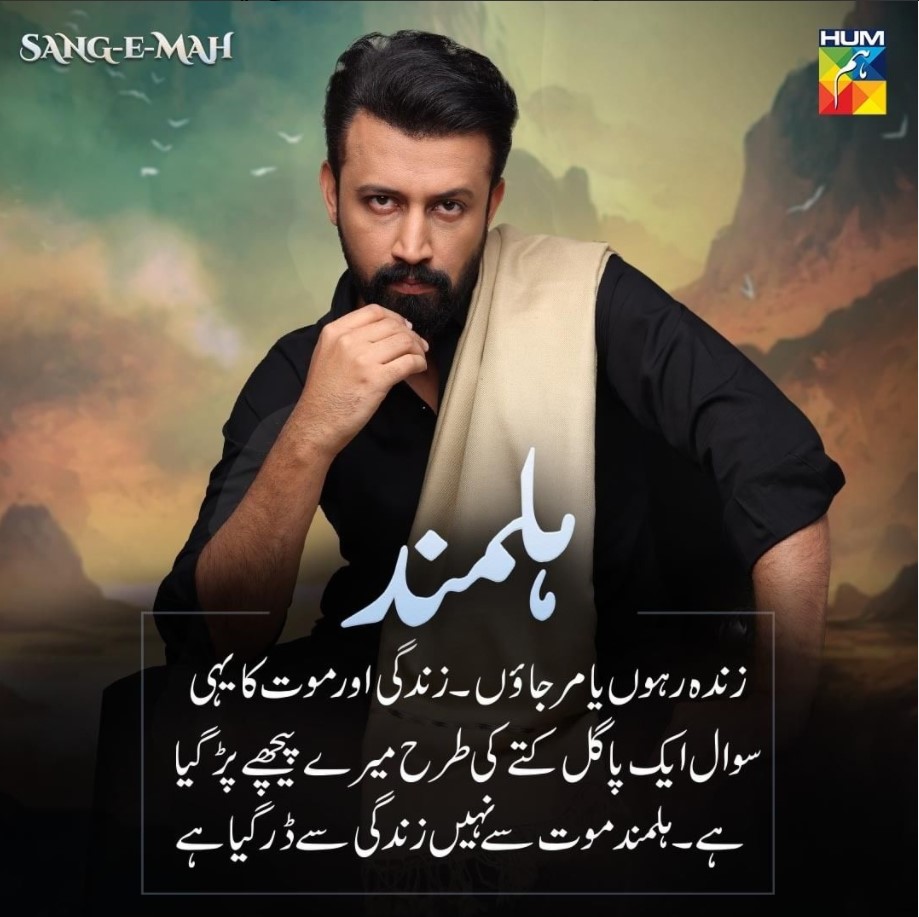 With a trilogy comes a lot of expectations. Sang e Mar Mar was a hit so the bar is quite high. The grand theatrical release comes across as a perfect marketing tool to get a bumper opening.