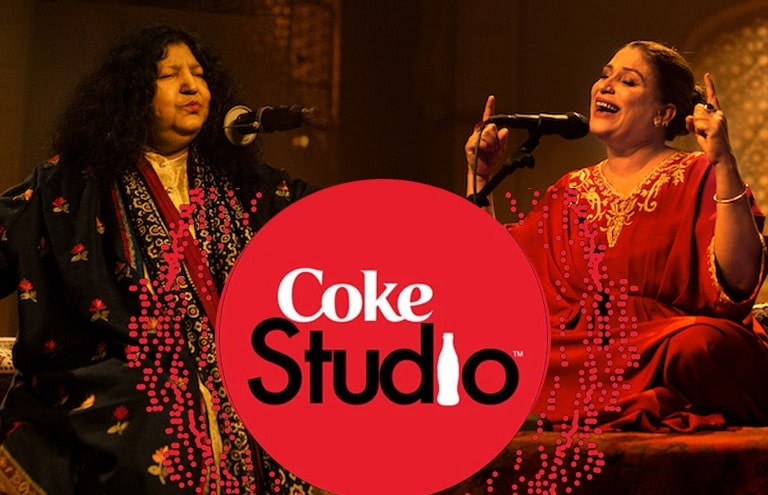 Coke Studio 14 premiered on January 14 with ‘Tu Jhoom’ sung by the legendary singers Abida Parveen and Naseebo Lal. ‘Tu Jhoom’ has been credited as written by Adnan Dhool, composed and mixed by Zulfiqar Jabbar Khan (Xulfi), arranged, and produced by Xulfi and Abdullah Siddiqui.

The song became an instant rage amongst listeners and was trending on top globally. Coke Studio fans were happy that the lost glory of the popular music franchise was finally revived. The fresh music, eye-catching visuals, captivating sets, and the grandiose left them awestruck.

Nirmala Magnani, an aspiring singer from Umarkot accused Xulfi of plagiarism, claiming that the director lifted the ‘Tu Jhoom’ melody from a sample she had sent him back in June 2021. Meghan was aiming to bag a slot in the upcoming season.

Express Tribune reached out for a comment on the matter, (Xulfi) denied any such accusations and said “I produce and collaborate in the spirit of inclusivity and my work with Coke Studio holds the same philosophy.”

Nirmala’s mentor Yousaf Salahuddin (Mian Salli), came to her rescue and wrote, “The composition has been copied from Nirmala Magnani, who is a singer and composer from Umerkot, Tharparkar, she had sent to Xulfi for consideration in the then-upcoming season of Coke Studio,” he commented. “Zulfiqar (Xulfi) instead changed the words and sold this as his own to Coke Studio. This is highly inappropriate and legal action will be taken very soon.”

A lack of understanding about Raag based folk tunes usually ends up in controversy with someone claiming their idea has been copied. Songs in the same raag always sound similar. Even the melodies can be near identical. Lyrics matter.#TuJhoom#cokestudio14#AbidaParveen#xulfi

User Junaid Alam said, “Credit must be given where it’s due.”

What I suspect and expect is that Nirmala is correct. However Xulfi might not have done it deliberately, tunes, tones, composition, sometimes remain in the subconscious..!! However, credit much be given where it is due

Nirmala is an exceptionally talented artist from Umerkot. We have spoken& she shared her compositions back in April. I do agree after listening to her original audio sample she sent back in April and now hearing Jhoom its a strange coincidence how similar the compositions are? https://t.co/emp7mFzMvJ

⁦@zulfiqarjkhan⁩ pls give credit to the young composer from Umerkot, Nirmala Meghani. I introduced you to her & she’s extremely talented. We have to encourage our youth. https://t.co/93uUoGG5mO

Some users demanded a proper investigation of the matter

I’ve loved Xulfi’s work but he was also accused by Shoaib Mansoor of using Bandiya Hu’s music (from Khuda Ke Liye) for Laari Chooti! About time claims like these are taken seriously and investigated https://t.co/PQOyLFEBWH

Be the Judge Yourself

The 20-second sample of a song with altered lyrics shared sounds remarkably similar to the opening half of ‘Tu Jhoom’, so much so that if you change the melody to fit Nirmala’s pitch instead of Naseebo’s, it almost sounds the same. Now listen to both the version and decide