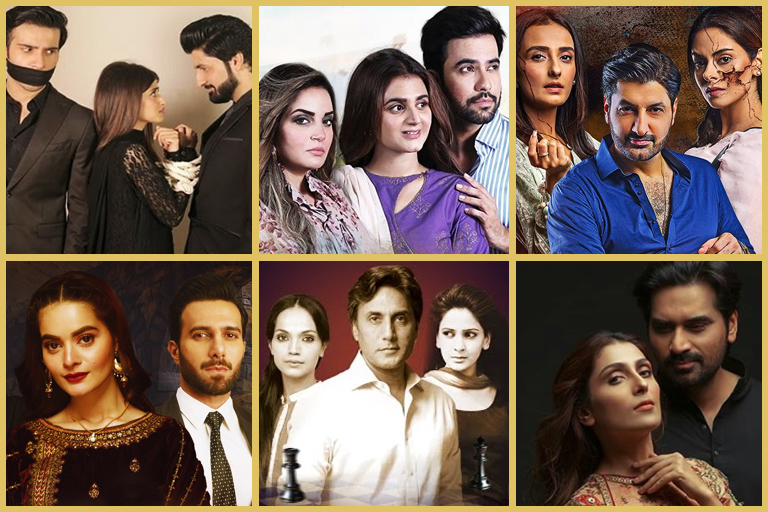 Television is a medium that has a wide appeal all over the world. It has the maximum impact on the mindsets of viewers, especially the masses. The drama serial culture has been a major force in not just providing entertainment value but to raise awareness on important subjects. During the 80s and 90s era, the mass medium was productively utilized to the maximum. But over the period, the content creators seem to have excessively obsessed with certain genres. In this article we will discuss infidelity. Instead of experimenting with new genres, why are makers stuck with this particular genre?

We at Fashion Times Magazine have compiled a list of Pakistani dramas that have a similar theme based on infidelity. Read on

The 7th Sky production being recent has nothing new to offer. The Amar Khan, Momal Sheikh and Syed Jibran starrer is just another serial highlighting disloyalty. In the past, we have seen many plays with the same plot, wherein a brother in law in eying her sister-in-law. To name a few Maat, Jalan and Chup Raho had the same narrative.

There is no doubt about the fact that the drama was a blockbuster hit. Apart from the intelligent writing, bravura performances and superb directions, the main factor that made Mere Pass Tum Ho stood out from the rest was the woman who was cheating, not the man.

The HUM TV project narrated the story of a happily married couple Faraz (Junaid Khan) and Sneha (Hira Mani) versus a deceitful woman Tara (Armeena Rana). The drama takes ample twists and turns with Faraz having an affair with Tara. For a change, the drama had a positive end when Sneha forgives her husband.

The show featured a triangle of a happy couple Hamza (Humayun Saeed) and Muqadis (Ayesha Khan) demolished by a homewrecker Nijaat (Sadia Imam). The drama aired on ARY Digital in 2010, was written by Seema Ghazal, directed by Misbah Khalid and produced by Samina Humayun.

The need of the hour is that the channels and producers should focus and create content on some novel concepts. The repetition of the genre of Infidelity is harming creativity and starving the viewers from new ideas and plots.

What are your thoughts on this? Let us know by dropping a comment.