Web Series on ‘Fatima Jinnah’ in works: How excited are you to See Sajal Aly as Madar-e-Millat? 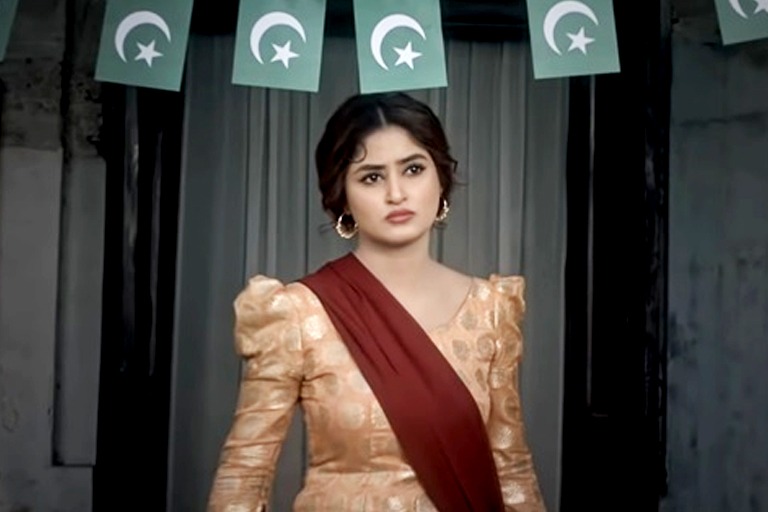 There is good news for Sajal Aly fans. After knowing which, everyone will get surprised. In an upcoming web series titled Fatima Jinnah: Sister | Revolutionist | Statesman, Sajal Aly will be playing Fatima Jinnah in her 50s and during the Independence.

What We Know so Far

The web series is being made by a new production house Aur Studios. Initially, the makers are targeting OTT but they also hint at airing it on TV as well.  The web series is currently of three seasons with features 15 episodes each. The first season is going to be pre-independence, the second is going to be during the independence and the third will be post-independence. This will entirely be from the perspective of Fatima Jinnah, besides Sajal, actor Sundus Farhan will play the pre-independence Fatima Jinnah in her 30s, and the 65 era will be played by Samiya Mumtaz.

In an exclusive conversation with a news publication, Danial said, “When I was reading about Fatima Jinnah, I was looking for an actor who would carry a similar body language to hers during the 1930s and 1940s around the Independence time. Sajal gave me that. You could see it the moment she walked onto the set”.

Dananeer Mobeen in the House

The Sinf-e-Ahan actress has a ‘pivotal role’ in the project. She plays a journalist from Bombay. According to Daniyal, “Dananeer will blow your mind! I won’t reveal much about her role, but she has been magnificent throughout. Dananeer plays one of the main roles in the show.”

The prologue Fatima Jinnah: Sister | Revolutionist | Statesman, will release on 14th August. The prologue teaser features three crucial scenes, one of Bombay, one of the ’47 train carrying the beheaded corpses, and the third when Fatima Jinnah stood for the elections.

A post shared by The Times Of Drama (@timesofdrama)

It would be super interesting to watch Sajal in a new avatar. We haven’t seen her performing in this genre before. But one thing we can be super sure of is that Sajal will truly, deeply, and sincerely immortalize Fatima Jinnah. Looking forward to 14th August to watch the prologue.