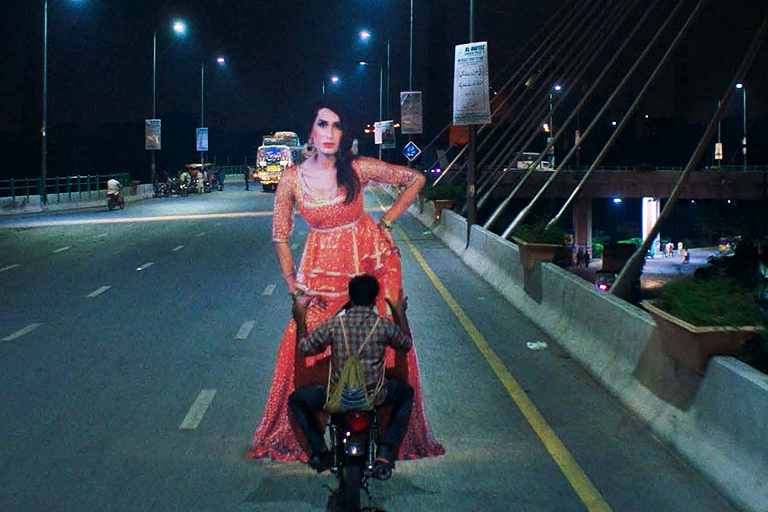 Cinema in Pakistan is slowly but surely reviving. Gone are the days when movies were notoriously known for stereotypes. There have been movies that have explored various sections responsibly. But the representation of the LGBTQ community has been lacking. Debutant director Saim Sadiq’s upcoming film Joyland aims to give them the self-respect they deserve. After getting rave waves and numerous accolades at the international forum, Joyland is set to release in Pakistan on November 18.

Peppered with love, life, death and secrets, the trailer offers a glimpse into the daring, soul-searching film that delves deep into the challenging complexities of desire and gender identity through the lens of the Rana Family.

The trailer begins with an interesting analogue of a mosquito falling in love with a chicken. Set in the streets of old Lahore, we are right away introduced to the protagonist Biba (Alina Khan) a fiercely ambitious trans starlet aiming to make it big as a dancer at an erotic theatre. Haider (Ali Junejo) is the youngest member of a patriarchal family becomes a backup dancer for Biba’s troop and the two eventually fall in love. Haider is married to Mumtaz (Rasti Farooq) and shares a good bond with her. While Haider is busy pampering Biba, Mumtaz brims pleasure with her sister-in-law Nucchi (Sarwat Gilani). The story highlights the themes of patriarchy, queerness, and gender and identity.

The film got applauded on many international platforms and has bagged several awards including winning the Queer Palm and Un Certain Regard Jury Prize at the 75th Cannes Film Festival, where it also got an eight-minute standing ovation. In addition, the film is Pakistan’s official submission at the 95th Academy Awards (Oscars) in the ‘Best International Film’ category. It also won the award for the ‘Best Film From The Subcontinent’ at the Indian Film Festival of Melbourne. Moreover, the film got another standing ovation this September at the Toronto International Film Festival at its North American premiere.

If you enjoyed reading this, we also suggest:

Joyland Teaser (Review): A Rare Film That Courageously Stands For Transgenders in Pakistan

In a first, Saim Sadiq’s ‘Joyland’ gets a Standing Ovation, Rave Reviews, and Global Acclaim!