To Watch Ms. Marvel’s Authentic Portrayal of Pakistan is Overwhelming 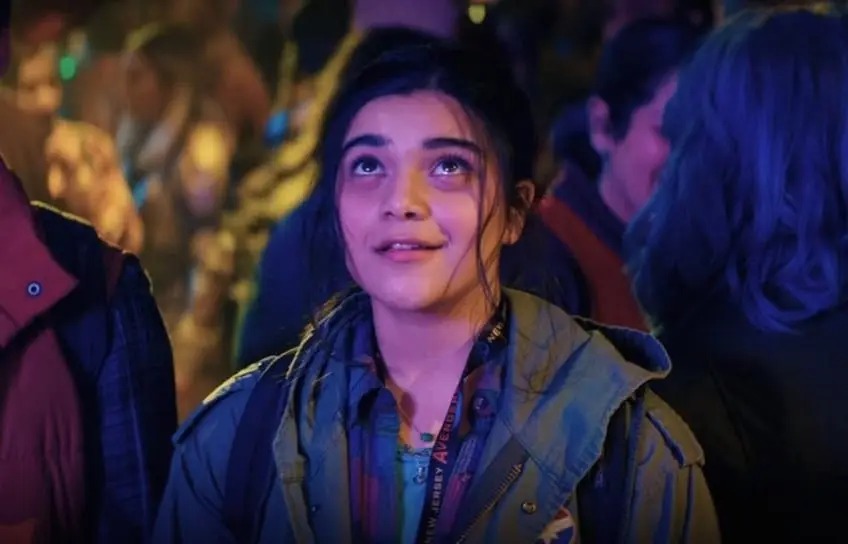 Ms. Marvel is ruling the internet due to various reasons. It’s entertaining, it’s engaging, and portrays Muslims most importantly Pakistanis in an authentic way. The first Muslim superhero to headline her comic debuted in cinemas in Pakistan on June 16 and aired on Disney+ on June 9.

Ms. Marvel explores the story of a 16-year-old Pakistani-American teenager Kamala Khan (Iman Vellani), a superhero fan. Kamala is an artist, vlogger, and diehard devotee of the Avengers generally, and Captain Marvel specifically. After she inherits a bangle from her grandmother, she realizes she has superpowers. Kamala, a huge Marvel fan herself, is just a regular teenager from Jersey City, N.J. with insecurities, crushes, and bullies struggling to find her place in the world.

The fact that Kamala Khan has routes from Karachi, so there is an adequate dose of desi music. It features some of the biggest Pakistani hits of all time. From Naseebo Lal’s Aag, Coke Studio’s Pasoori and Pechay Hut, Ahmed Rushdi’s Ko KoKorina, Nazia Hassan’s Disco Deewane, Abid Brohi’s Sibbi Song, Naheed Akhtar’s Sohniye I Love You to Hassan & Roshaan’sDoobne De, Ms. Marvel is a project that is heartwarming for every Pakistani.

Actors in the Limelight

Samina Ahmed, Nimra Bucha, Mehwish Hayat, and Fawad Khan prove their mettle with their class acts. Mind you, their performance isn’t a blink and a miss, on the contrary, they help in moving the narrative forward. It’s amazing to see our stars making appearances on mainstream Hollywood red carpets.

Karachi Showcased in Its Full Glory

Episode 4 directed by Sharmeen Obaid-Chinoy saw Ms. Marvel landing in Karachi to meet her grandmother (Samina Ahmed). The episode was truly a delight to watch as Karachi gets a raw and real portrayal. We get to see the leading lady travel from Char Minar Chawrangi, to Hotel Metropol, Frere Hall, Teen Talwar, and Beach View Park Chaurangi. She enjoys biryani straight out of a shopper at the beach, eats Chinese at ABC, visits the old area, takes the heritage walk and the railway station that’s an important aspect of her story.

The show is a triumph for all Pakistanis, especially for women who show tremendous courage in the face of hardship. Fresh episodes of the show release every Wednesday and are also screened in local cinemas.