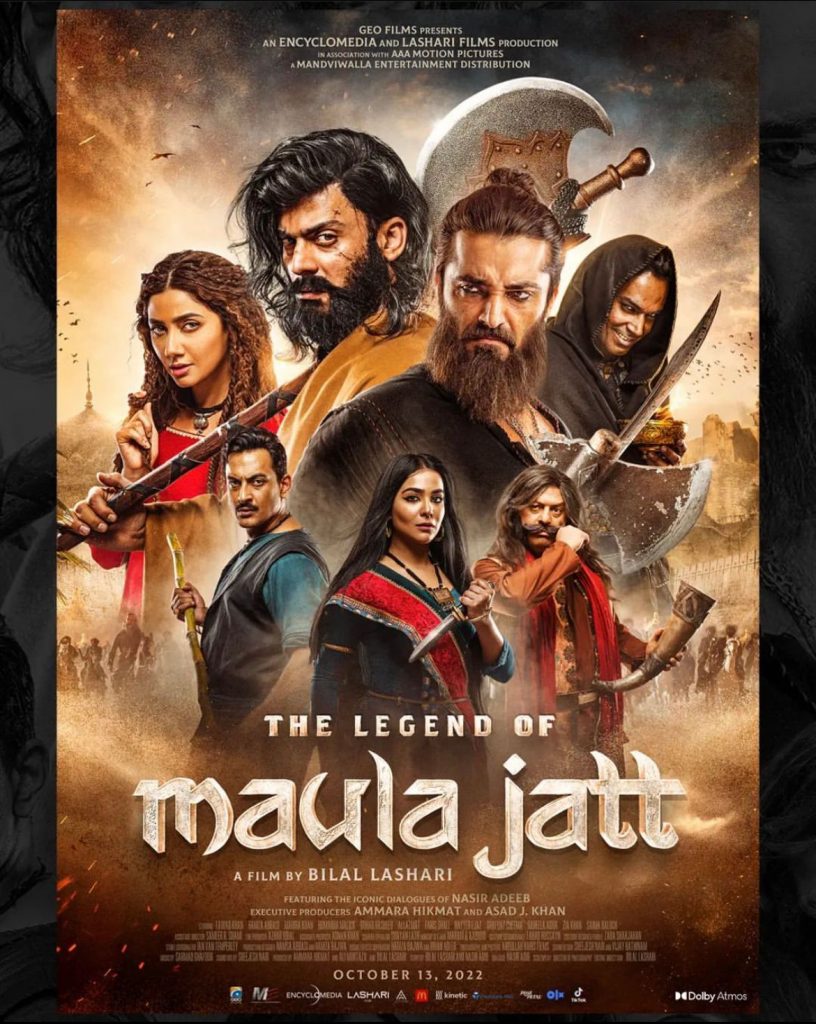 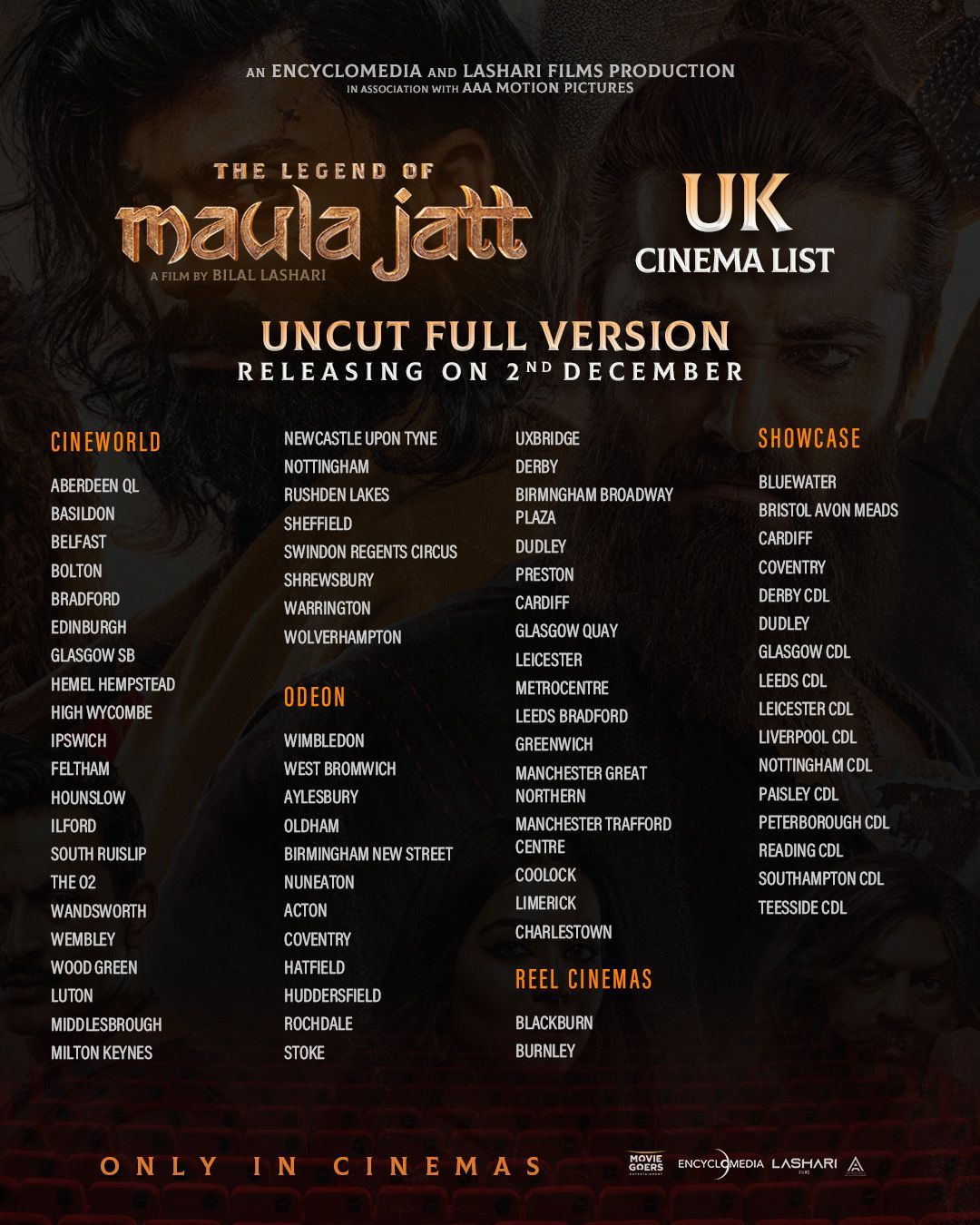 The UK audience previously saw a censored version of the film, whereas inPakistan and the rest of the world fullversion of The Legend of Maula Jatt was released. For the last week of the film’s exhibition in UK, the distributors and producers have released an uncensored full version, available over 76 locations throughout UK.

The Legend of Maula Jatt has led to Pakistani cinema’s miraculous domination on the Subcontinent’s box office, post-COVID. The mega-hit directed by Bilal Lahsari and produced by Ammara Hikmat is the highest grossing film from the subcontinent in the past 4 years. The film broke records by becoming the highest grossing Punjabi film of all time worldwide in the 4th week of its release.The film also surpassed the lifetime earning of allthe Punjabi hits including Carry on Jatta 2, Saunkan Saunkne & Chal Mera Putt 2 as it sits tall with the box office earnings of 209 CR+ worldwide collection and still going strong despite numerous releases every week ever since its release.

Before this, the film has managed to make many other records and has many titles to its name including; Highest Grossing Pakistani Film, 2ndHighest Grossing film from the Subcontinent in UK for the year 2022 & the Most Watched South Asian film in Norway.

TLOMJ wasreleased on 13th October 2022 globally in 25 different territories with 500+ screens making it one of the biggest releases to come out of Pakistan. However due to popular demand the film continues to grab more screen in both the local and overseas market. The film has also recently been released in France and has had a great reception in that market.

The Legend of Maula Jatt is the directorial masterpiece of Bilal Lashari. The film boasts an ensemble cast starring Fawad Khan, Mahira Khan, Humaima Malick, Hamza Ali Abbasi, Mirza Gohar Rasheed, Ali Azmat, Saima Baloch and Faris Shafi alongside veterans such as Shafqat Cheema, Nayyer  Ejaz, Resham, Babar Ali and Raheela Agha. Produced by Ammara Hikmat and Asad J. Khan under the joint venture of Encyclomedia & Lashari Films in association with AAA Motion Pictures of Ali Murtaza with a screenplay by Bilal Lashari and dialogues by Nasir Adeeb, the movie is a hard reboot of the 1979 cult classic ‘Maula Jatt’.

The filmmakers have partnered with Geo Films as their presenting partner, the largest media group and key contributor to the revival of cinema in Pakistan. The film is being locally distributed by Nadeem Mandviwalla of Mandviwalla Entertainment, who is well known for his contribution to the cinema over the decades. Internationally, the film is being distributed by Movie Goers Entertainment.

Watch the official trailer at the link below: