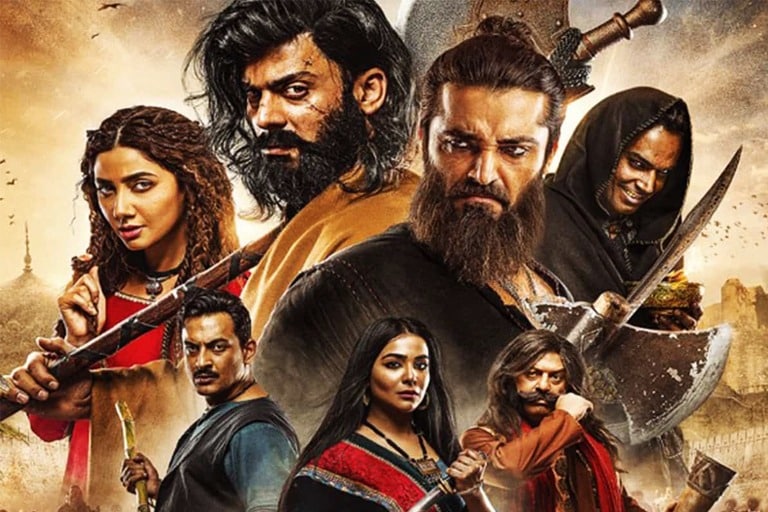 One of the most eagerly awaited movies of 2022 is The Legend of Maula Jatt. Bilal Lashari directs the film, while the Punjabi film is being produced by Ammara Hikmat’s Encyclomedia and Lashari Films. The distribution will be done by Nadeem Mandviwalla under Mandviwalla Entertainment.

The movie marks the return of Fawad Khan on the big screen, moreover, the posters and motion posters already have us craving more. Apart from all the star-studded talks, the reboot of Sultan Rahi’s original Maula Jatt can change the future course of cinema in Pakistan. It can bring a new era of filmmaking since it promises to bring a unique perspective yet to be witnessed in the history of Pakistan.

Bilal Lashari has dedicated ten years of his life to The Legend of Maula Jatt. As a result, the grand scale of the film is unparalleled. The magic of the production value and the grandeur of everything surrounding the characters, makes it a visual spectacle. The film will truly be a cinematic experience to be enjoyed on the big screen.

We last saw them in Humsafar (2011). Yes, a decade later, the cutest and most loved couple in Pakistan, Fawad and Mahira reunite for The Legend of Maula Jatt. Their intense chemistry as seen in the teasers will surely be paisa wasool.

The fight sequences in The Legend of Maula Jatt have been choreographed with full attention by a team that came from abroad. The action will elicit some exciting hooting, clapping and cheers from the audience.

The film has got on board some of the best actors in Pakistan. Apart from Fawad Khan and Mahira Khan, the film also features Hamza Ali Abbasi, Humaima Malik, Gohar Rasheed, Faris Shafi, Nayyar Ejaz and Ali Azmat. Each of them have their character specifics and an important role in narrating the story forward.

All eyes are on Mahira Khan who plays the love interest of Maula Jatt, but Humaima Malik has got a meaty role too. She was Bilal Lashari’s first choice to play Darro Nattni. In a recent interview, Malik said, “Darrois a firecracker, who is well-versed in sword fighting and horse riding. She is arrogant, fearless, and fire. Her brother Noori Natt has one weakness and that is Darro. On the contrary, Darro’s biggest strength is Noori.”

Will you be watching The Legend of Maula Jatt on October 13? Let us know in the comment section.