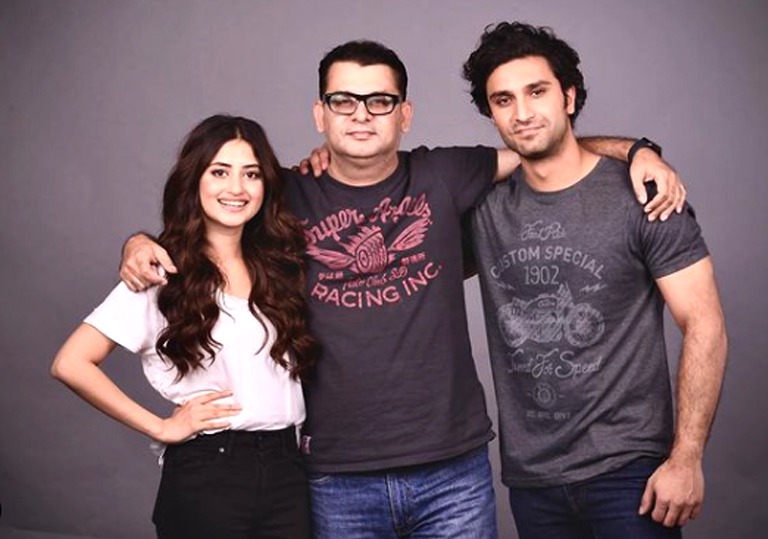 Haseeb Hassan has always been a visionary director. His success with time has propelled and he has only gained strength as a storyteller. After proving his brilliance in TV and films, Hassan’s is all set to tap into the digital world with his debut web series ‘Dhoop Ki Deewar’. Produced by Motion Content Group and Hamdan Films, ‘Dhoop Ki Deewar’ is a Zindagi original that premiers today on ZEE5.

In an exclusive conversation with Fashion Times Magazine, Hassangave us an inkling about the core premise: “Dhoop ki Deewar is a cross-border tale of love, family, and loss. Sara (Sajal Aly) from Pakistan and Vishal (Ahad Raza Mir) from India share the same ground as they lose their fathers in the war. Their common grief connects the two across borders and acts as a foundation of their friendship. The impact of martyrdom and war on their families; and the realization that peace is the only solution is what the web series explores.”

When asked about the inspiration for choosing a cross-border love story, he said: “The series highlights the unimaginable pain and realities that the family of a martyrs goes through after losing their loved ones in a war between two nations. The idea of the story stems from the sole thought that no matter which country, religion, or belief you may belong to, the grief lived is the same everywhere. In an instant, I was convinced that this is a relevant story to be told. We all look at winning wars but no one imagines the hatred and social effects.”

Haseeb felt that the digital forum was the correct medium to execute such a sensitive topic: “In Pakistan, film making is just a money stream. The subjects are very limited and cinemagoers head towards cinema occasionally therefore films are made just to entertain them. On the contrary, the digital is a different world altogether with ample freedom to experiment. The international digital platforms offer a wide range of topics and allow filmmakers to deliver something close to their heart.”

The director was all praises for ZEE 5: “Zindagi is one of the most loved entertainment brands in recent times. It is highly appreciated for its strong content that caters to a huge level of global consumer demands. Zindagi made a comeback with a bigger promise of rich and original content library. It has now been reborn on the Zee5 streaming platform, where it will deliver 1000+ hours of curated and created content through fresh new shows that will be thought-provoking with a bold multicultural narrative.”

Concluding the conversation Hassan spoke about the dynamics of working with his team: “The entire journey of shooting the show has been nothing less than bliss. Ahad, Sajal and Umera, and everyone associated with it has made a show that would touch the hearts of the audiences. Also, Ahad and Sajal have the best on-screen chemistry and they enjoyed it throughout the process.”

Will Sara & Vishal be able to rise above the hatred between their countries and choose heart over hate?Watch ‘DhoopKiDeewar’streaming on ZEE 5.