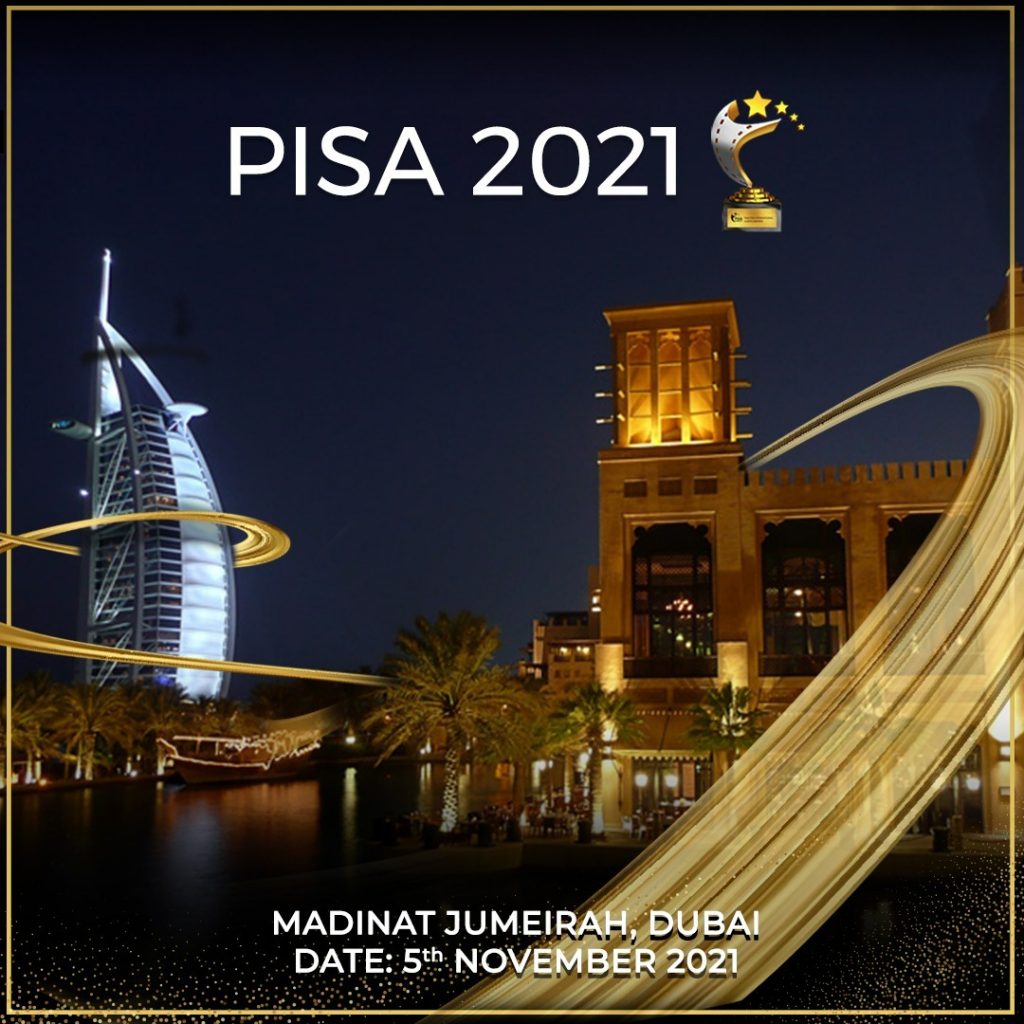 The 2nd annual Pakistan International Screen Awards (PISA’21) is all set to honour excellence of the nation’s most celebrated artists from the Entertainment, Music and Fashion industries. This year’s show is scheduled to take place at the stunning Madinat Jumeirah, Dubai, on November 5, 2021.

“I’m delighted to confirm that the second edition of PISA will be held in Dubai on November 5, 2021, immediately after the UAE opens up to tourism. We intend to make PISA an annual event, honouring our commitment to celebrating Pakistan’s top talent on an international platform. This past one year has been extremely challenging for the artist community and entertainment industries across the world, including Pakistan, who have been hit hard by the Covid-19 pandemic. We will be hosting a grand show, dedicated to those who worked tirelessly through this time, and we hope to set a tradition that will only elevate Pakistan further.”

Mr. Khan further stressed that the 2nd PISA event would be strictly adhering to and implementing all Covid SOPs and safeguards so that attendees can feel safe and enjoy the event stress-free.

The 1st PISA took place in February 2021 at the grand Coca Cola Arena in Dubai which earlier had hosted AR Rahman and Pakistan’s own Rahat Fateh Ali Khan.

One of the strengths of PISA is its autonomy and transparency with artists nominated from across the spectrum of Pakistani TV channels.

The evening which was buoyed by spectacular on-ground dynamics including stunning light and sound and a grand stage had begun with the National Anthem, performed by popular starlet Sara Khan.
One of the memorable highlights was superstar Ali Zafar’s grand return to the stage where he sang a brief impromptu medley of his favourite songs.
Umair Jaswal also put up a powerful performance with other scintillating showcases by  Hareem Farooq, Momina Mustehsan, Sara Loren, Eshal Fayyaz; husband and wife duo Sarwat Gilani & Fahad Mirza, Attaullah Khan and Fakhr-e-Alam.

Some of the highlights of the 28 awards bestowed at the 1st PISA included legends Mustafa Qureshi, Reema Khan and Sangeeta being honoured for their inestimable contributions to Pakistani cinema. The Life Time Achievement Award (Male) was bestowed to Attaullah Khan Esakhelvi while the female recipient was Abida Parveen.

After a disheartening hiatus in myriad industries due to the Covid 19 pandemic, the Entertainment and Fashion industries are now excitedly gearing up to be bedazzled at the 2nd PISA Awards 2021.