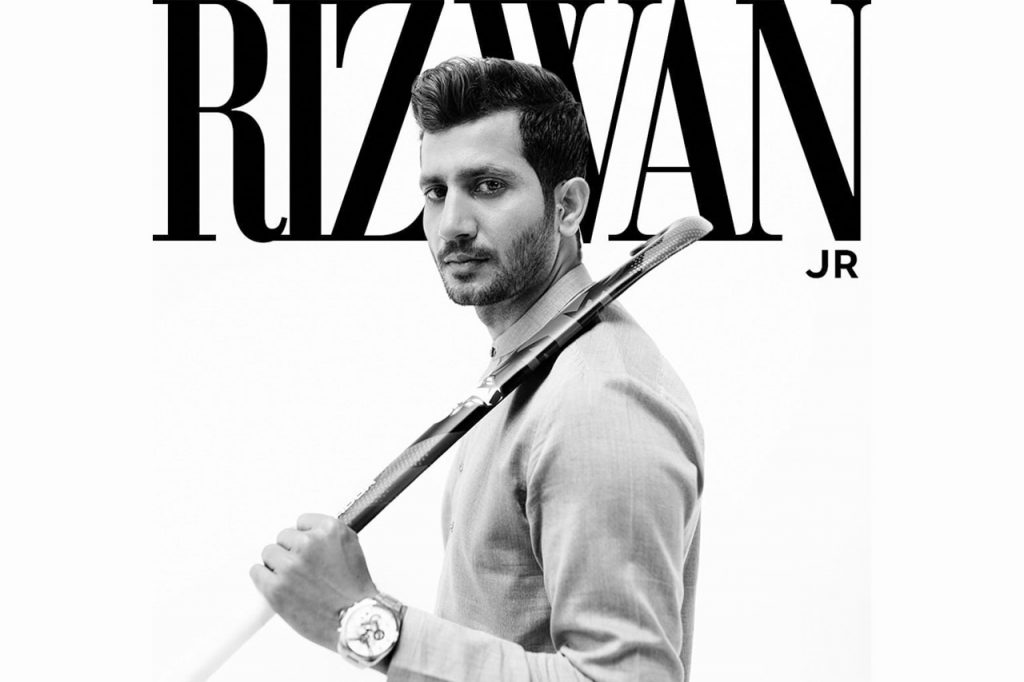 One of the most popular faces of Pakistani hockey, Rizwan Junior rose to fame in the 2012 Olympic Games in London, UK as the most junior player of the squad. Currently he represents teamPakistan as a midfielder. In a candid conversation with Fashion Times Magazine, Rizwan Junior spoke in length about his passion for hockey, his role model, the future of hockey in Pakistan, and much more… Excerpts from our exclusive interview…

Fashion Times Magazine (FTM): What inspired you to take up hockey as a profession?

Rizwan Junior. (RJ): I belong to Gojra that is best known as the Olympic village. The town has a reputation for producing world-class hockey players. The environment around me fascinated and motivated me to a huge extent to join hockey.

(FTM):  Who do you consider as your role model?

(RJ): I would say Sohail Abbas. I wonder if any player would break his record of scoring the highest number of goals.

(FTM): What’s been your biggest achievement so far?

(RJ): There have been two high points of my life. First, when I was declared the best hockey player of Asia, and the second was when I represented Pakistan in the 2012 Olympic Games in London as the most junior member of the national team.

(FTM): Is it a good time to be a hockey player in Pakistan?

(RJ): Analyzing the current scenario, I feel the opportunities for hockey in Pakistan aren’t up to the mark. We lack support, socially and financially both. Having said that, the impact of being a hockey player helps one grow in terms of personality and learning skills in the long run. So yeah, I feel it’s a good time to play hockey for the national team.

(FTM): What are some of the major problems that Pakistan hockey players face as compared to those from other countries?

(RJ): Yes, definitely, international players have a lot more exposure than us as they get to play various leagues. In Pakistan, we don’t have a national league and the number of national tournaments have also been reduced. So, we don’t get ample opportunities to play and hone our talent. Also, the experience of playing within the national circle compared to the international circle is entirely different. Besides, the infrastructure isn’t up to the mark, it doesn’t offer many incentives, for instance, central contracts, social and financial development, etc. So, a lot more work in this domain has to be done.

(FTM): As a midfielder, is there any particular moment that is close to your heart?

(RJ): My position is of a bridge where I facilitate the defense lines to connect with the forward line. I get to portray multiple roles in which I attack and defend, so it’s a critical position in a match. Being trusted by the coach and team members on a crucial post is very special for me. It’s a positive and proud feeling to contribute and win for my team.

(FTM): Can you share some memorable moments from the Olympic Games 2012.

(RJ): The event was special in many ways. Being the junior member of the team who attends a mega sports event, and represents Pakistan in front of the entire world is no mean feat. It was unfortunate that we couldn’t qualify for the semifinals, but participating in this global event was itself a big achievement. The quality time we spent with people from all cultures and races; the exposure we got from those eight to ten thousand international athletes was like living in a global village. So, all these memories are very close to my heart.

(FTM): In comparison to cricket, is there a need to incentivize the sport to attract more people?

(RJ): As compared to cricket, hockey’s profile is very low. But this can be handled by getting inspiration from the global sports administration. Like in cricket, there are specialist people who help in generating capital and funds. The PCB model is a great source to learn and make things better for hockey like expansion, arranging more tournaments, more incentives for players, central contracts and so much more could be done if we have ample capital.

(FTM): What are the things that are going right for Pakistan hockey at the moment?

(RJ): I would say learning hockey from the expertise of foreign coaches, trainers, and goal-keeping experts. This has a dual impact, firstly our local coaches working with the national team get to learn the sport as per the international standards. Secondly, the players also excel with this enriching experience.

(FTM): Apart from hockey, what other sports do you follow?

(RJ): Tennis and Football. Besides, I like to cycle in my leisure time.

(FTM): How does playing sports help in the overall development of an individual?

(RJ): I have always believed that sports help in developing and nurturing personalities. It brings a sense of fair play, tolerance, problem-solving, team building, make one a peace lover and empowers to tackle difference of opinion. It makes one a balanced individual in all walks of life.

(FTM): As a sportsperson, what do you think is good and bad about social media?

(RJ): Everything has a positive and negative side. I get inspired by the success stories shared by people on social media platforms. On the contrary, if you get too much involved, then it will affect your mental health and will eventually hamper your craft.

(FTM): After a defeat, do you get negative messages or reactions?

(RJ): People expect us to win in any case. Yes, we do face criticism when we taste failure. Being in the system we have an idea of the shortcoming and technical aspects. We do a post-match analysis of what went wrong on paper and analyze the on field mistakes. We tackle our fans by communicating, issue an apology, and try to normalize the situation.

(FTM): Lastly, can you tell us about your family? What do you do with them when you go home, what do you talk about…

(RJ): I have a very special bond with my family. When I am not in the camp, I spend quality time with my mother and brothers. We eat, watch TV, jam together, and talk for hours on end.