Why was Sonya Hussyn crying at PISA 2021? 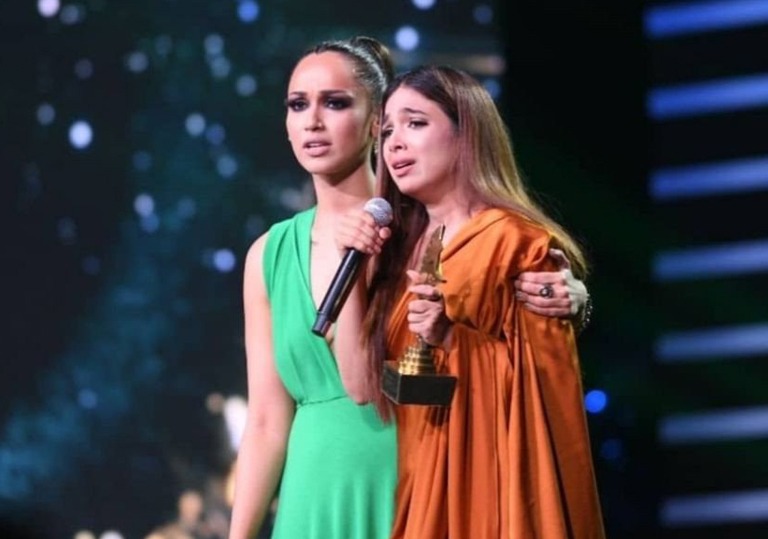 The Pakistan International Screen Awards (PISA) 2021 turned out to be extra special for Sonya Hussyn fans. The internet blew up when they saw Sonya winning her first ever award for drama serial ‘Saarab’. During her acceptance speech, the sobbing actor said, “Seven years of my acting career and 16 nominations later today I am finally getting my first award,” Sonya said sobbing as she received the award.”


Hussyn also took to Instagram and wrote an emotional note and thanked her director Mohsin Talat and costar Sami Khan, “Today, I want to share a very personal, heartwarming conversation with all of you. My director for Saarab, Mohsin Talat had sent me this voice note earlier this year on the 5th of May. This accolade, if anything, has strengthened my belief in your appreciation and the love through messages and calls that every single one of you have showered, all of which, I’m so very grateful for the love.”

She further added: “I’d take this opportunity to also thank Anila and Shajeel our DOP, technicians, spot who despite all the problems that came up, would always work with such immense zeal and dedication, under whatever circumstances. You guys are heroes. Also our incredibly courageous writer, who brought a real-life story to the screen, thank you for sharing such a beautiful part with us. The Entire cast, Fareeda Jee, aurangzeb laghari Nazish, Ghana, and of course Sami Khan, the part you played is the most pivotal to any patient and you were so believable, I hope your portrayal inspires people to be more like your character, that’s the only way we can fight and to a great extent, treat schizophrenia.”

She concluded her post by thanking her contemporary Faryal Mehmood, “I wouldn’t have been able to say a single word if you weren’t there, up on-stage with me; thank you for your warm embrace. Lots of Love