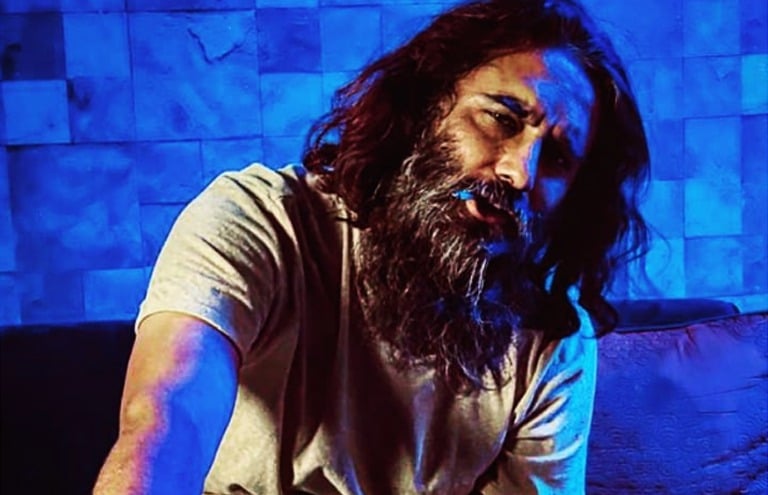 Ali Noor is the latest celebrity to get accused of sexual harassment by journalist Ayesha Binte Rashid. The latter took to Instagram on Friday and shared screenshots of the conversation highlighting the vicious and predatory behavior of Noor. 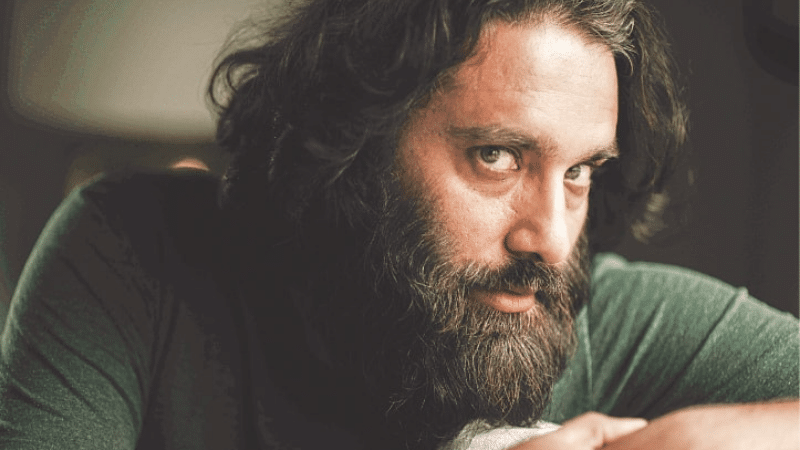 The crux of Rashid’s screenshots states that she messaged Noor after long deliberation. She wrote, “You emotionally manipulated me and what happened in the back of my car while driving to the airport was sexual harassment. You’re a sexual harasser and a predator.”

Rashid never aimed to come out in the public domain with the accusations due to her respect to Ali Hamza (Noor’s brother) and Kami Paul who has been a drummer with band Noori.

Rashid further added, “I have no interest in having people in her life who fraternize with harassers”. She referred to Noor as a womanizer, and continued, “[You have a] God complex who is all talk yet doesn’t have the proactiveness to break out of his toxic patterns.”

Noor’s side of the story

Ali Noor didn’t deny the accusations by Ayesha. On Friday evening he addressed his grandmother via his Insta story (that has now been deleted), he said, “Today I put the teaser and release date of the video and song. But as I was doing that, I got a message from newspapers that I have been accused of MeToo by Ayesha binte and my screenshots of apologies have been put up […] Anyway I am so glad she finally put it out.” 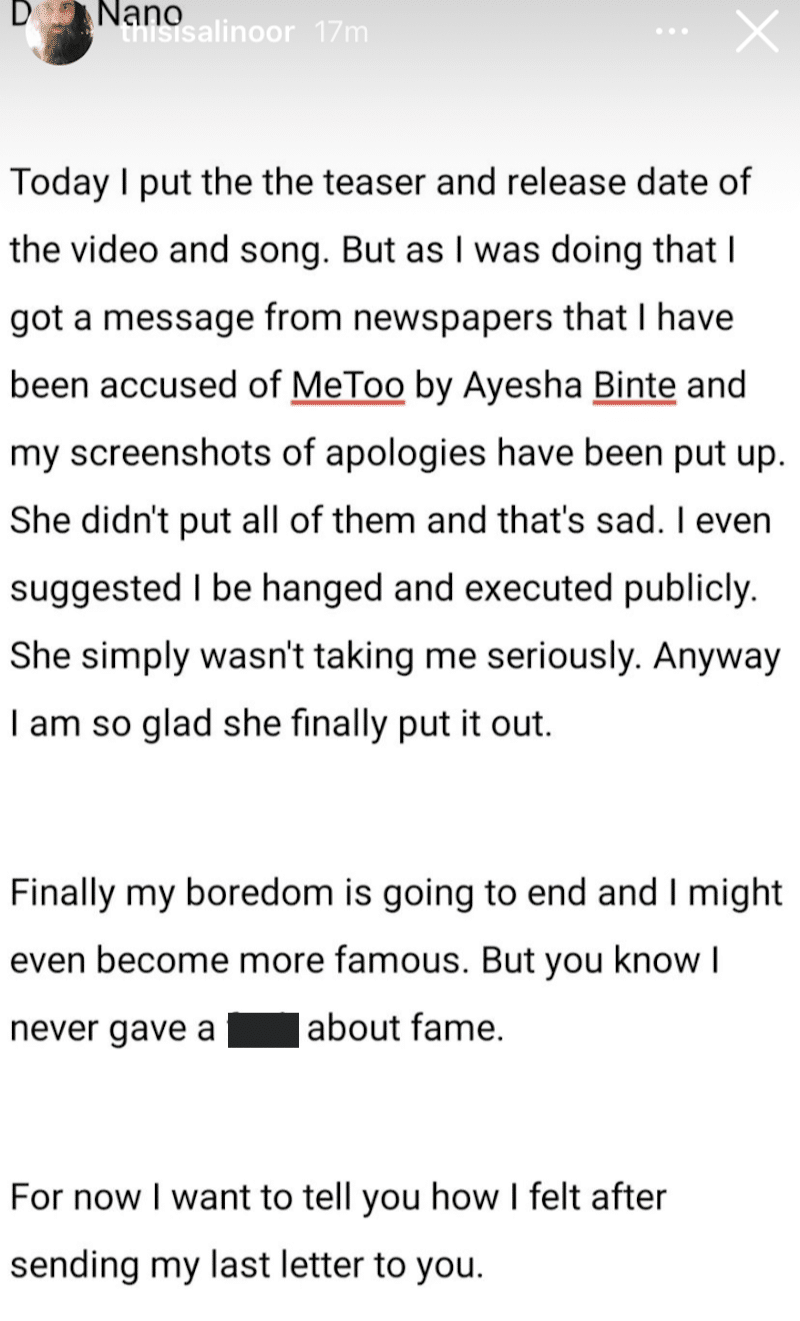 He also spoke about other matters, including his fans and music.

On Saturday Morning, Noor posted another story, this time directly addressing Ayesha and tagging her Instagram account. He wrote, “After deeply deliberating various responses, I concluded that the only right response is that I am truly deeply sorry.” 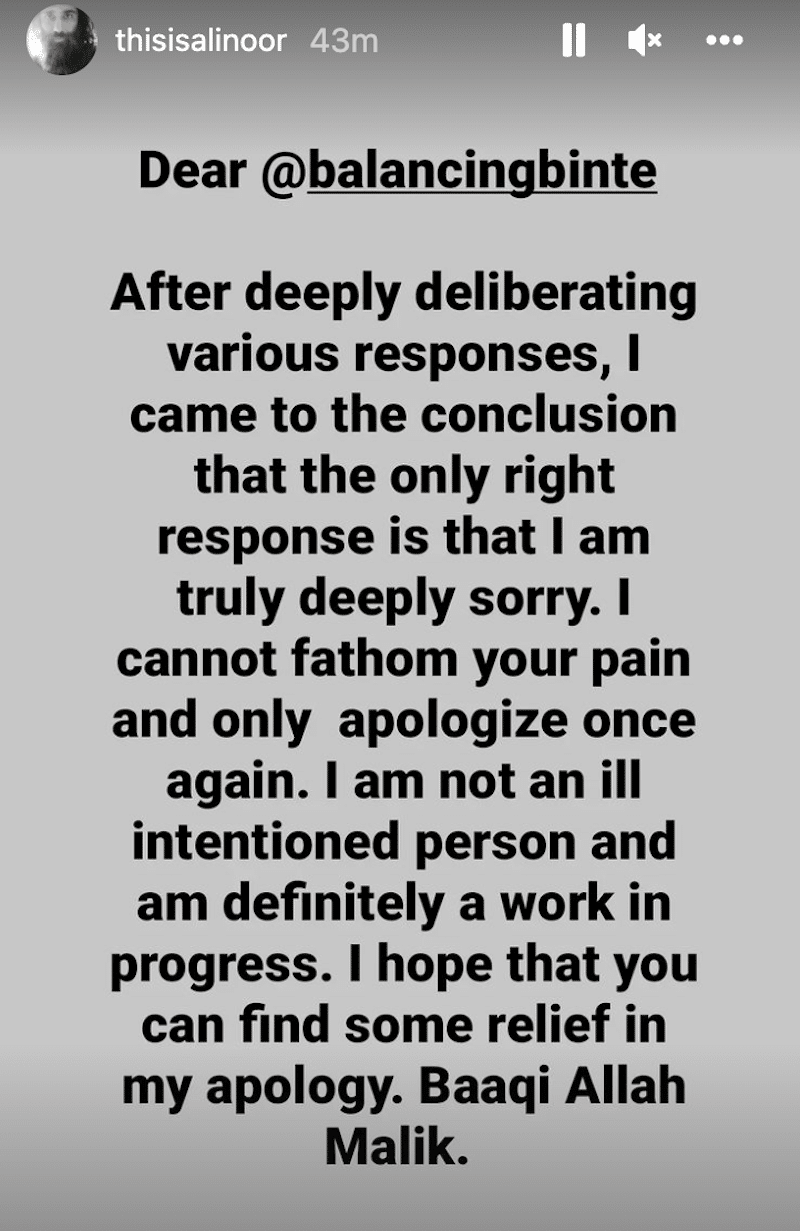 Ayesha was thankful to all the people who showed their love and support to her at this moment. She wrote, “They do mean a lot. But the fact is that for the past one and a half years, whenever I have been able to share my experiences with those around me, the support has been lackluster as best and hypocritical at worst.”