Sania Saeed on ‘Kamli’: “The Audience will Enjoy an Overall Cinematic Experience” 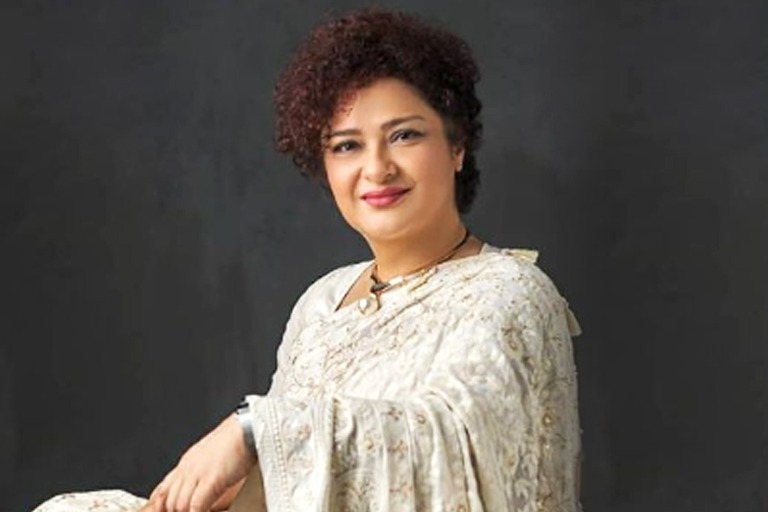 Kamli has been creating a lot of buzz, especially after the release of the trailer that gave the audience a glimpse of how intriguing this story is going to be. Known for acing every character with her acting, Sania Saeed plays the role of Sakina in the film, who’s a keeper of dark secrets, forever searching for light. Directed by Sarmad Khoosat, the film also stars the powerful performer Saba Qamar. Kamliis all set to release on 3rd June in cinemas across Pakistan.

Ahead of the release, sharing her views on Kamli, Sania Saeed said,“The film has a unique narrative; it’s different as compared to the regular pattern of storytelling. Not just the audience will enjoy the story but will witness an overall cinematic experience that we rarely get to watch on the big screen. The entire situation, plot, music, and characterization are something I am looking forward to. I am certain that the audience will receive it well. Having said that, everything has its own audience. To expect that people of all kinds of taste are going to like everything is a little unfair. But we do hope that the maximum number of people will watch and like the film. The story has those elements with which people will relate to it more.”

Talking of her costars, she said, “I always wanted to work with Saba Qamar, but we couldn’t find the right opportunity to team up. We had a ball shooting Kamli, we were like switch off- switch on, actors on sets. It was a difficult shoot and required physical strength. Saba was very energetic and passionate about her work. The audience will see her in a different avatar altogether.”

She further added, “Be it, Nimra Bucha, Omair Rana, or Hamza Khawaja, each role suited the particular actor so much that one will start thinking, who else other than these actors would have justified their roles.”

Saeed spoke about her equation with director Sarmad Khoosat, “I and Sarmad are part of a circle who have an aesthetic understanding and are willing to narrate the same stories. Whenever he (Sarmad) pitches me a subject, I know that he is looking for something different and special; and will push my limits to extract the best out of me.”

Replete with spellbinding performances and a nerve-wracking storyline, Kamli promises to keep you at the edge, leaving you wanting for more. Apart from Sania and Saba, the movie features actors NimraBucha, OmairRana, Adeel Afzal, Iman Shahid, and debutant Hamza Khawaja.