‘I needed a change for myself and my audience’: Sanam Saeed on playing ‘Akhtar’ in ‘Ishrat Made in China’ 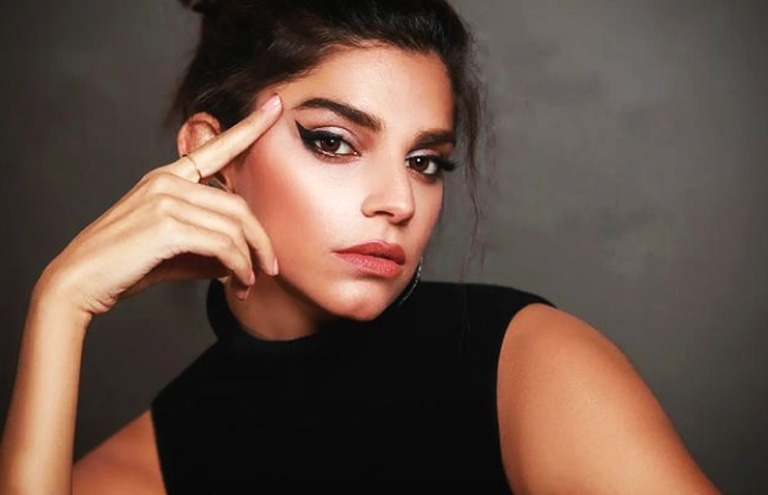 Articulate, composed, genuine – Sanam Saeed is definitely a force to be reckoned with in the entertainment industry of Pakistan. She has shown us time and again that you define your success ladder and not the other way around. Here, Sanam Saeed lets us in on her upcoming film, Ishrat Made in China, what made her say yes to the film, her take on doing diverse roles, and the three reasons why people should watch Ishrat, among other things. Read on…

Fashion Times Magazine (FTM): How did Ishrat Made in China happen and why did you choose to be a part of it?

Sanam Saeed (SS): Ishrat happened when Mohib Mirza asked me to audition for a part in a film he had written. We had earlier worked together in Bachaana, while filming I saw Mohib’s love for cinema, his minute attention to details, and the technical aspects of film making and acting. Seeing someone so passionate and talented and reading the most entertaining script of my life made me say yes to Ishrat.

(FTM): We have seen you mostly portraying serious characters. How do you see yourself in this comic light-hearted genre of Ishrat?

(SS): I needed a change for myself and my audience. As an actor, the worst thing is being put in a box or typecasted. This limits us as actors and our potential too. I wanted to reconnect with my light-hearted funny side. I wanted to make the audience laugh and fall in love with a new avatar. I wanted people to watch me as a dynamic actor, not just a specific type of actor.

(FTM): Without giving away too much, can you tell us about your character in the film?

(SS): I play ‘Akhtar’, she is confident, self-assured, funny, and sassy. She is Ishrat’s biggest supporter and his confidant. They are romantically involved but they are as best friends also. It’s not a typical boy meets girl story. It’s a relationship that has developed happily with time.

(FTM): Does criticism affect you as an actor?

(SS): I have been blessed with so much praise, love, respect, and support that a sprinkle of criticism here or there only makes me want to work harder to polish my craft.

(FTM): As they say, two actresses in one film cannot be friends. How did you get along with Sara Loren on sets?

(SS): Never believe hearsays for starters. Sara and I got along perfectly. We supported, helped, and guided one another. I have huge respect for Sara Loren. She has had a long and illustrious career and it’s time for her to shine after a long hiatus. No one could have played Jia as she did.

(FTM): How do you define your cinematic journey?

(SS): My cinematic journey has always been for me and not for the box office. I take scripts and roles that satisfy me. I hope the audience gets to see an array of performances that stays with them in some way or the other.

(FTM): Are there any jitters, as the film nears its release?

(SS): Lots of jitters! Why? Because we have picked an off-season time to release the film. Plus, we are promoting the film differently instead of the usual dancing in malls and colleges. We want the product to speak for itself, we want to entice people to watch the film. I hope people will spread the word amongst themselves and make the effort to come to cinema halls. I have to say, that Ishrat is a film that shouldn’t be missed. It is one of the best films I have seen.

(FTM): Lastly, give us three reasons why should people go and watch Ishrat Made in China in theatres.

(SS): Firstly, the film has some fantastic performances by brilliant actors in avatars you’ve never seen before. Secondly, the music is fun and catchy; the humor is witty, family-friendly, and actually funny. And thirdly, the cinematography is mind-blowing.

Watch the trailer of Ishrat Made in China here: