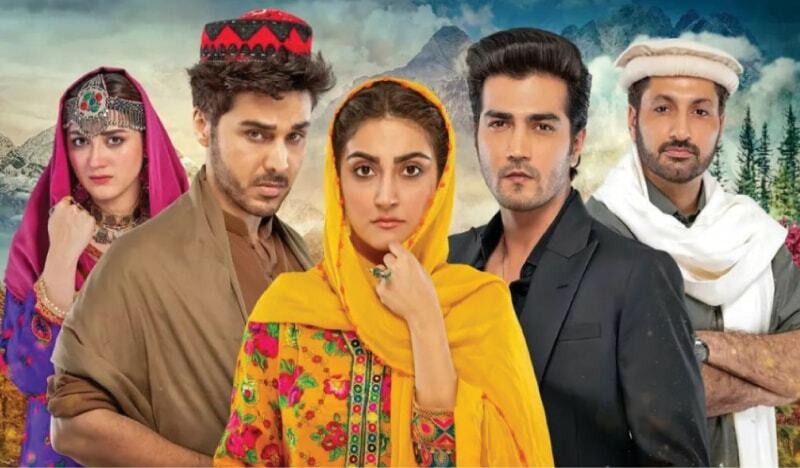 Geo Entertainments’ mega project Mere Humnasheen has turned out to be a huge success. The drama serial encapsulates the grandeur of traditions and values in the land of dreams and mountains. Ahsan Khan, Hiba Bukhari and Shehzad Sheikh team up for the first time. And Boy Oh Boy, their impeccable acting chops have fueled this love triangle leaving the viewer’s rooting for more.

The plot revolves around the protagonist Khajista (Hiba Bukhari) born and raised in a Pakhtun family. She is an honest and intelligent girl who has a strong ambition to be a doctor. Unfortunately, her cousin and also finance Darakhzai (Ahsan Khan) is a patriarch who is not in favor of Khajista to become a doctor.

Darakhzai puts his best foot forward to stop her but, Khajista promises her family that she won’t let her anyone down. Thus, she joins a medical college and crosses paths with Hadi (Shehzad Sheikh) a medical student in his final year. As the drama progresses, Hadi is bowled over Khajista’s intelligence and develops feelings for her. The foundation of a love triangle is set. Will Khajista be able to fulfil her promise?

Ahsan Khan is a powerhouse of talent. The actor is on a spree of delivering back-to-back hit projects .As Darakhzia, he continues his top form. Khan gets into his character well, nails the accent perfectly, and delivers a nuanced performance. Also, his pairing with Hiba Bukhari comes across as refreshing.

What’s great about Mere Humnasheen are the well-knitted character. The emotions are raw, real, and relatable. There aren’t any shades of grey; one can feel a distinctive difference between the good and bad. Also, it’s good to see that producer like Abdullah Kadwani and Asad Qureshi are making efforts to get rid of the sass-bahu fiasco and highlight the stories and problems of the rural settings.

7th Sky Entertainment succeeds in satisfying the dramatic cravings of the viewers. With a combination of a wonderful script, good actors, and amazing directions, Mere Humnasheen is worth watching.