‘Rehbra’ is a Soft Romantic Film with Flavors of Comedy and Satire: Ahsan Khan 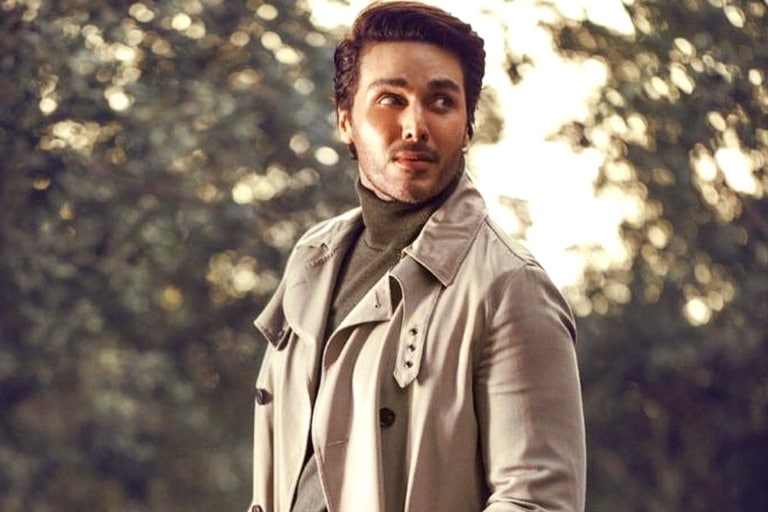 He is always been around and acclaimed as one of the best actors. The unique part about his craft is that he doesn’t fear of being experimental. An actor with a rare combination of mass and critical appeal, Ahsan Khan has always added newer shades with authentic dimensions to emerge out on screen. After his last venture for the big screen Chakkar, Khan’s next film titled Rehbra is described as ‘a love story with a twist’.

We, at Fashion Times Magazine, spoke at length with the man himself to know the actual reasons about the production delays, his role in the film, his chemistry with Ayesha Omar, his experience of working with Amin Iqbal and much more. Unlike other diplomatic stars, his sincerity reflected in his conversation. Read on…

Fashion Times Magazine (FTM): Do you think being a popular actor on TV; the responsibility is more on you to get it right in films as well?

Ahsan Khan (AK): Yes! With all the experience and time, I have spent in the industry; it’s important to deliver with each project. I work hard to give my best; I feel there should be a difference between newcomers and established actors (smiles). Also, I don’t over think on many things. It also depends on where you want to see yourself and the amount of responsibility you show towards your craft.

(FTM): Talking of films, what is Rehbra all about?
(AK): Rehbra is a soft romantic film with flavors of comedy and satire. The premise of the film is different, as it’s not based on a typical movie template starting from A to Z. The story unfolds from sub-plots in the plotline and the twists and turns gradually happen. It embarks a romantic journey of two individuals; how initially they don’t want to get together and how do they get together is the actual surprise.

(FTM): How would you best describe your role?
(AK): The name of my character is Danish, a young, educated and decent guy from a rich family. He accidentally, not knowingly thinks that he is not in love with Bubbly (Ayesha Omar) but actually loves her. Ayesha’s track is completely the opposite of mine.

(FTM): Were the ‘First Time Producers” responsible for the delay?
(AK): I would say it was a mishap. The producer Saira Afzal who lives in USA had some personal issues, so the film was delayed for three months. We waited, but couldn’t hear from her for another six months. Me and Ayesha kept quiet about it; she got back and wanted to complete the film. It further took around four months for our dates to match-up. It’s like ‘man proposes god disposes’ she wanted to finish the film in a year, but it eventually got completed in almost two years.

(FTM): Were you hesitant working with a debutante director? If not, how was the experience of working with Amin Iqbal?
(AK): The writer and director of ChupanChupai were debutants and the film was a smash hit. I have a habit of experimenting and prefer flowing with the tide. I know many people who are not 100% perfect, but they work hard to be successful. The success of a film depends on the execution and how does the audience perceive it. Amin Iqbal is a talented director and it was a good learning experience with him.

(FTM): Ayesha Omar once said in an interview that Rehbra is her best work till date. Do you think it’s a big claim?
(AK): No, it isn’t! Rehbra is very different from her previous films for sure. She plays the lead role and the film entirely revolves around the two of us. It doesn’t have any sidekicks, supporting characters or parallel tracks. She’s cute, looks pretty and most importantly performs well.

(FTM): Music is soul to our films. Tell us a bit about it?
(AK): Two songs in the album are my absolute favorite; of which one is crooned by Rahat Fateh Ali Khan. The songs are melodious, well picturized and well placed according to the situations. We have been watching love stories and are well aware of its dimensions but the way Rehbra unfolds is something to watch out.

(FTM): Rehbrafinally releases on June 24. Do you feel the delay would hamper the actual fate of the film?
(AK): It’s obvious that a fresh baked thing is always a first choice, but old wine is also a good provision. A film that’s made as per schedule has its own charm; having said that there have been films that took many years to complete yet managed to do well. Many at times random things click in a big way and projects in which I’ve invested fully don’t get due appreciation. Usually, actors promote their stuff by claiming it to be very different. Personally, I don’t have a habit of making tall claims about any of my work; I feel it’s the audience who should do it. For Rehbra, Me, Ayesha Omar and Amin Iqbal (director) have worked very hard. I enjoyed the entire process and look forward to it.