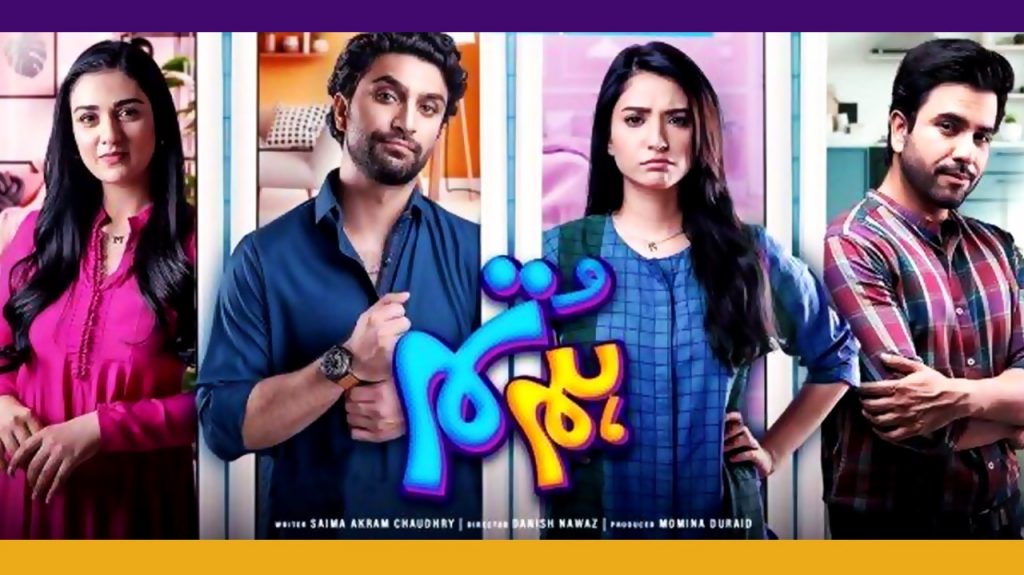 The entertainment industry of Pakistan sees a drastic shift in the Holy month of Ramazan in terms of content. Toxic saas bahu serials are replaced with light-hearted romcoms, game shows, and live transmission. The motive behind this change is to make people feel relaxed after a hectic fasting day. Over the years the phenomenal success of Suno Chanda and Chupke Chupke has set the bar so high that it is a challenge for the writers, directors, channels, and actors to come up with fresh and innovative content every year.

Ramazan 2022 brought three special plays Hum Tum, Chaudhry, & Sons, and Paristan in the offering. It was a big sigh of relief that cousin marriage angle wasn’t the highlight in none of the above. Let’s come to the point straight away, with all the three being liked by the viewers,it is Hum Tum that emerged as a clear winner. And we say this with reasons. Read on…

Hum Tum sent out a strong message that girls can do everything and they don’t need to be restricted just to do the household chores. Neha (Ramsha Khan) as the tomboy girl freely drove her Daddu’s Vespa and smacked all those who had the intention to harm her or her family. Despite a Nikkah that ended up before the Rukhsati, Maha (Sarah Khan) didn’t burden herself with this tragedy and moved ahead with her Psychology degree. The youngest Sasha(Anoosheh Rania Khan)was an exceptional IT student, who can hack ID’s very easily.

The brother’s duo Adam (Ahad Raza Mir) and Sarmad (Junaid Khan) weren’t threatened to lose their masculinity and did all the household duties. Sarmad a chef by profession mostly spent his time in the kitchen cooking food. While Adam took care of the household stuff like fixing the couches and flower pot. Most importantly keeping their fragile egos and mardangi aside they helped their sister in tying her hairs etc.

Daddu Handsome was a revelation

They say that there’s no age to re-inventyourself. This has been the case with Muhammed Ahmed who was only restricted to play the humble father on screen. But his time around, he would be happy to play a funny and humorous character of a Tik Toker. As Daddu Handsome, Ahmed was undoubtedly one of the biggest highlights of the show.

With a fresh script by Saima Akram Chaudhry, uniquecasting, and superlative directions by Danish Nawaz, Hum Tum is another blockbusterscored by Hum Network. Not just in Ramazan, we need to have such progressive and unique dramas to be aired throughout the year.