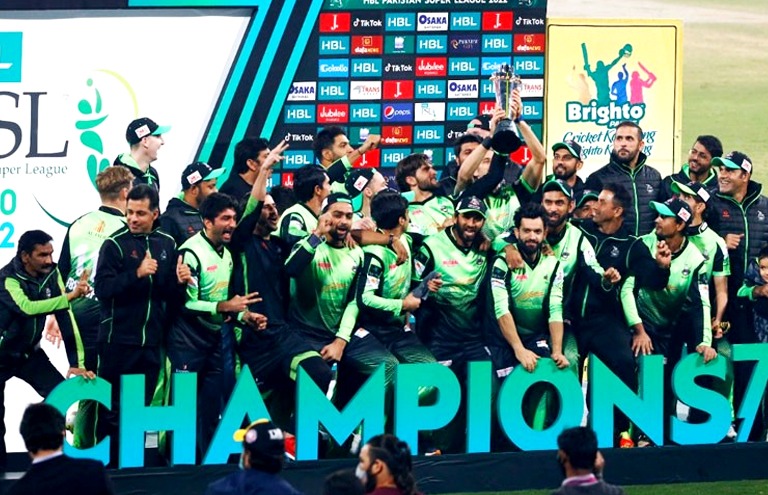 The Lahore Qalandars defeated the most in-form Multan Sultans in the Pakistan Super League, PSL 2022 Finale by 42 runs to lift their maiden title. The Sultans who were the team of the tournament having lost just one of their nine league matches ran out of fire and brimstone in the decider as they failed to retain their title. 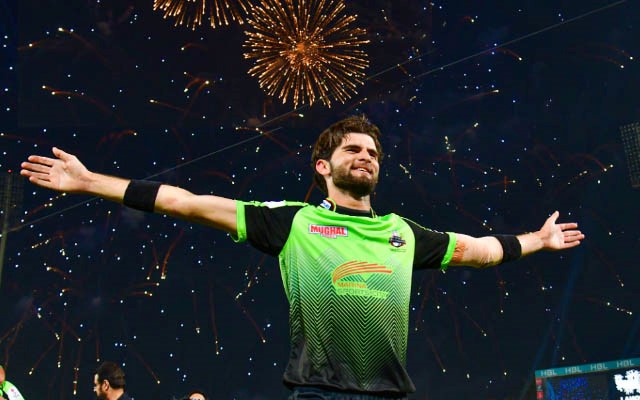 Qalandars restricted Sultans to 138 while defending a target of 181 and claimed the first-ever HBL PSL title. As Qalandars have won the coveted HBL PSL title, each franchise has won a PSL edition now.

Opting to bat first, Lahore Qalandars piled up a massive 180/5 in their stipulated 20 overs on the back of Mohammad Hafeez’s 46-ball 69. Harry Brook (41* of 22 balls) and David Wiese (28* off 8 balls) also made significant contributions with the bat. Asif Afridi was the stand-out bowler for Multan, claiming three wickets by conceding 19 runs in his four overs.

In reply, Multan’s innings folded for a paltry 138 in 19.3 overs. It was a listless batting performance as no batter managed to touch the 40-run mark. Khushdil Shah was the top scorer with 23-ball 32. For Qalandars, skipper Shaheen Afridi (3-30), Hafeez (2-23), and Zaman Khan (2-26) were the wrecker-in-chief with the ball.

Pakistan cricket fraternity lauded Lahore Qalandars for winning their stunning display in the final to clinch the PSL 2022 trophy.

Congratulations to @lahoreqalandars winnin #psl72022 credit goes to all the team management and players and well led by @iShaheenAfridi ✌️ pic.twitter.com/4qLHq4rxSB

Congratulations @lahoreqalandars on winning @thePSLt20 trophy. @iShaheenAfridi u are a rockstar, keep shining. Hard luck to @MultanSultans, gave it their all throughout the tournament. Congratulations to all Pakistan cricket fans on a great season of the PSL. #PakistanZindabad pic.twitter.com/roUS0ClNFy

‘What a day for this bunch’, wrote the Rawalpindi Express Shoaib Akhtar

Congratulations @lahoreqalandars . What a day for this bunch!

This are the best scene of the tournament. Great captaincy great sportsmanship. Congratulations Lahore Qalandars for winning and fantastic performance from Multan Sultan throughout the entire PSL. Well done to all the teams. Cricket has certainly won. pic.twitter.com/T8MENSkc7c

– Congratulations to @iShaheenAfridi & his Qalandars on winning the #HBLPSL7 title…

So it was @iShaheenAfridi ‘s magic which was missing for @lahoreqalandars congratulations to new champion of @thePSLt20 ..tough luck to @MultanSultans but they were exceptional throughout the tournament

What a nail biting final this has been! The only team to beat the most consistant @MultanSultans have been @lahoreqalandars and they did it again today! Congratulations to lahore Qalandars n commiseration to Multan Sultans. @MHafeez22 u played like the pro that u are. @thePSLt20

Final had LAHORE written all over it ! Richly deserved @lahoreqalandars and all Lahorites. Top top performance. Congratulations to @iShaheenAfridi @AJavedOfficial and Sameen bhai .

Congratulations on an Excellent win 🏆 @lahoreqalandars what a fantastic game of cricket! Hard luck to @MultanSultans You guys were a great team throughout the tournament but it was Lahore’s Tournament this year!
Congratulations to all the #HBLPSL and lahori fans✨#PSLFinal pic.twitter.com/EJOWoQuNCn