Lahore, 30 June 2022:
The Pakistan Hockey Federation has set its sights on the revival of the national sport with the launch of a ranchise-based hockey league later this year before the World Cup is played in India.

The PHF has taken some major steps in recent days and months and has brought on-board a highly skilled and experienced sports management and marketing team to run the league.

The setup of the league’s secretariat is now complete and it is fully operational at the PHF head office in Lahore. In February this year, the PHF signed a consultancy agreement with Salman Sarwar Butt (Senior Advisor) and Harris Jalil Mir (Project Director-Franchise Hockey League) in a mission to develop the league to match international standards.

While Harris adds valuable sports management and marketing experience earned at the domestic and international level which is spread over ten years, Salman was part of the launching team of the Pakistan Super League which has gone onto become one of the most sought-after cricket leagues in the world. The duo will be responsible for leading the league initiative along with PHF’s senior officials.

External area specialist partners have also been recruited by the PHF following an extensive bidding process which was held in Lahore earlier this month. Some of the leading creative and sports management and marketing agencies participated in the process.

The Blue Dot, Pakistan’s premier marketing strategy specialist who have worked in the Pakistan Super League season 7 and Design Room Sport, a London based creative design agency that specializes in brand development for major sports and leagues like The Ashes, the UEFA Champions League final, British Athletics Represent and the CONCACAF Champions League have been selected by PHF to create the brand identity for the league.

The two agencies will be developing the brand keeping in mind Pakistan’s rich hockey history which includes as many as four World Cup and three Olympic titles.

The PHF has also roped in Zaki Rehman as legal advisor, Zaki has extensive experience with sports legal framework development including major events for the Pakistan Cricket Board besides his involvement with the PSL.

With a world class corporate team in place, the PHF has firmly pushed the pedal on the first edition of the franchise league.

PHF President Khalid Sajjad Khokhar: “This hockey league is our first step in reviving the sport to regain the lost glory of our golden hockey days and I am confident that working with a professional corporate team in place, PHF is now heading in the right direction.”

Muhammad Asif Bajwa: “This league will serve as a platform to develop local players into future stars as they play alongside top international players.”

Salman Sarwar Butt: “The much-needed hockey league product is engineered to resonate with Pakistan as well as international audience. Our Aim is to make Pakistan ‘THE DESTINATION FOR HOCKEY’ through quality of packaging, innovation in execution and quality of play resulting in a commercially viable product for all stakeholders.”

Harris Jalil Mir: “This initiative is very close to my heart and is no less than a national cause.”

The hockey league is aimed to be A BRAND for the present as well as future that ignites the love for our national sport and connects with the youth and future generations.”

Creative Director at Designroom Sport Tim Fox: “Myself and the team are thrilled to be appointed to create the identity for this exciting new league and are looking forward to working with the team at PHF to build a world-class brand.”

Chief Executive The Blue Dot Adnan Shekhani: “We at The Blue Dot are excited and take pride in being part of this “Hockey Revolution.” As a former junior player and a hockey enthusiast, I feel the youngsters of today need a platform that will help them improve their skill further and bring Pakistan hockey back to where it belongs and that is nothing but the top.”

The league will be launched with a total of five teams representing the chosen 5 regions (Islamabad, Karachi, Lahore, Quetta and Peshawar) with the event spread over three weeks. (Tentatively scheduled October & November or last quarter of 2022).

Some of the leading stars of the hockey world will represent the teams with inaugural edition set to be staged at the headquarters of Pakistan Hockey in Lahore, regarded as one of the biggest hockey stadiums in the world.

Players from hockey powerhouses Holland, Belgium, Germany, Spain, Korea, Japan and Argentina amongst others will form the foreign players’ roster for the hockey extravaganza.

In the coming days, a number of major announcements including franchise bidding process, event schedule, selection process, event sponsors and broadcasters and team rosters will be made. 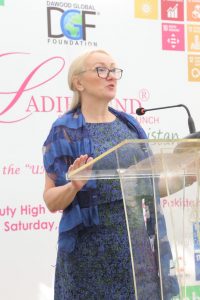