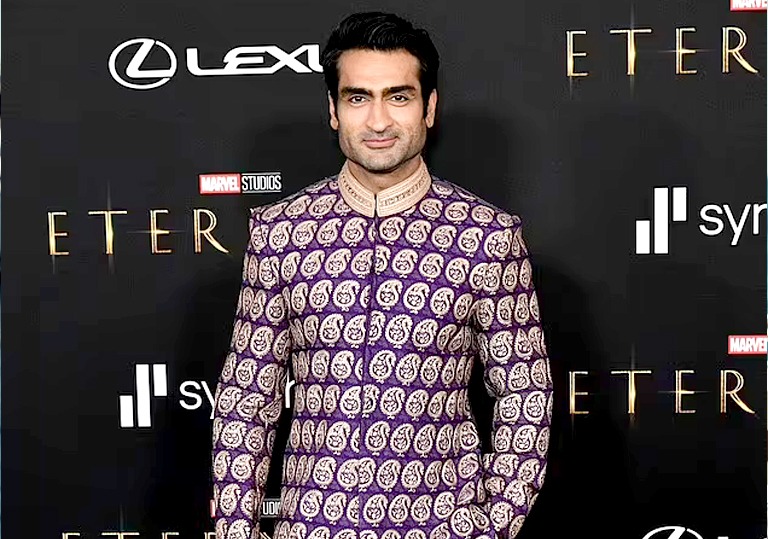 Kumail Nanjiani has become the first Pakistani actor to enter the Marvel Cinematic Universe (MCU). On October 18, the actor made a sensational appearance with his red carpet look for the Eternals premiere in Los Angeles.

Kumail showcased his roots globally when he stepped out with a traditional purple and gold Pakistani sherwani by Pakistani designer Umar Sayeed. He completed his look with matching purple pants and black Christian Louboutin dress shoes and a Patek Philippe watch as he posed alongside his wife. 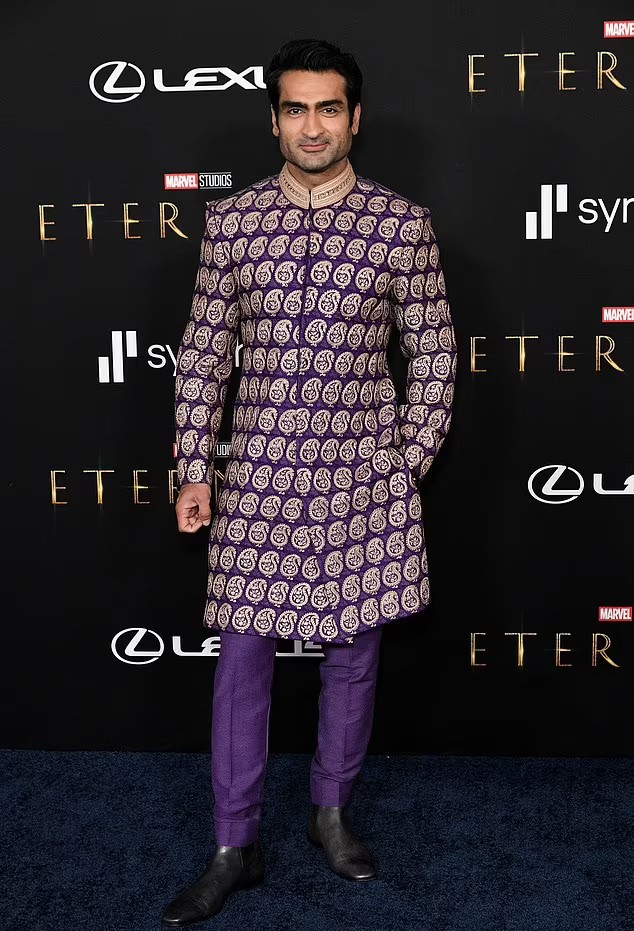 In an exclusive chat with The Hollywood Reporter, Nanjiani revealed exclusive details about the making of this look, “‘I wanted to wear a Sherwani because 1. They look awesome and 2. My costume in the film always reminded me of Sherwanis.” 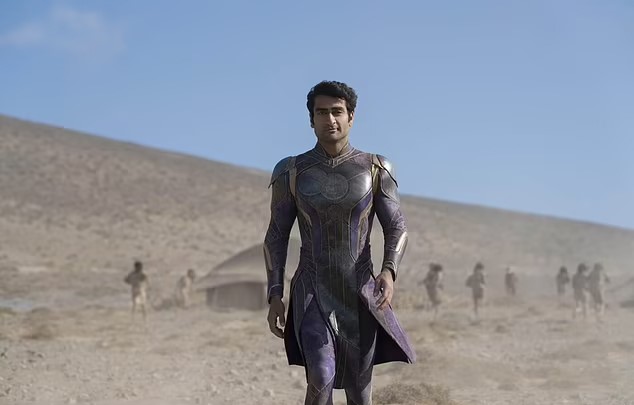 He added, “And I wanted to use a designer in Pakistan, not just a Pakistani designer in the U.S. So I called my mom, she gave me names of three amazing designers in Pakistan.”

Nanjiani’s stylist, Jeanne Yang and him eventually connected to Pakistani designer Umar Sayeed, based in Karachi, Pakistan. “I wanted the colors to be similar to my costume colors, and purple and gold are a beautiful combination. The paisley pattern is very traditional as well,” said Nanjiani.

The actor’s stylist added: “They hand-beaded this beautiful paisley pattern in the front and they did this beautiful pattern on the back with gold thread. They made it to his exact measurements. We only had to do a few minor adjustments.” 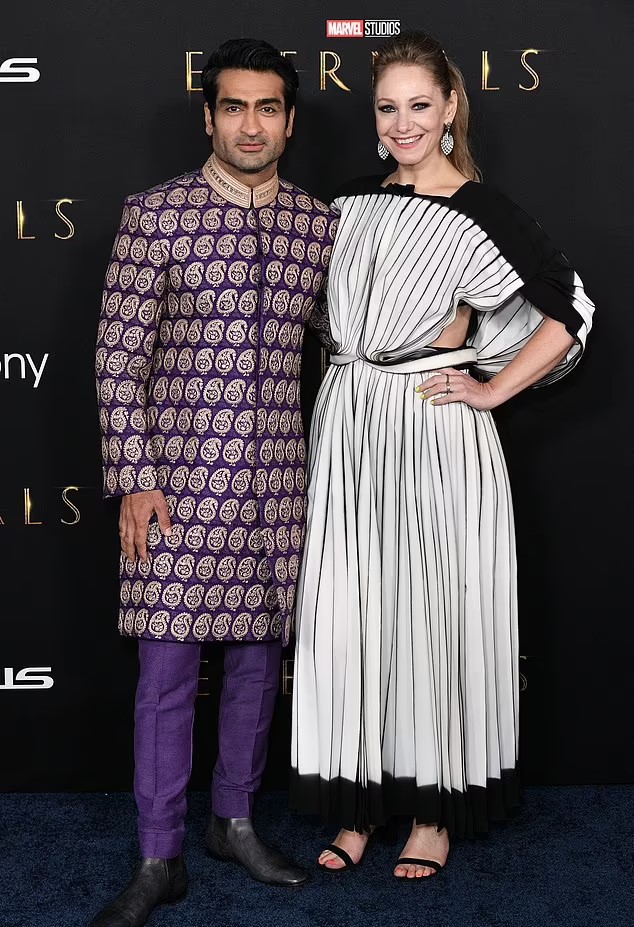 She added, “It was wonderful for Kumail to have this gorgeous handmade piece for this special event, his first Marvel film. It’s really nice that he’s able to wear something that is a traditional piece of wardrobe. I love that he has an appreciation for where he comes from.” 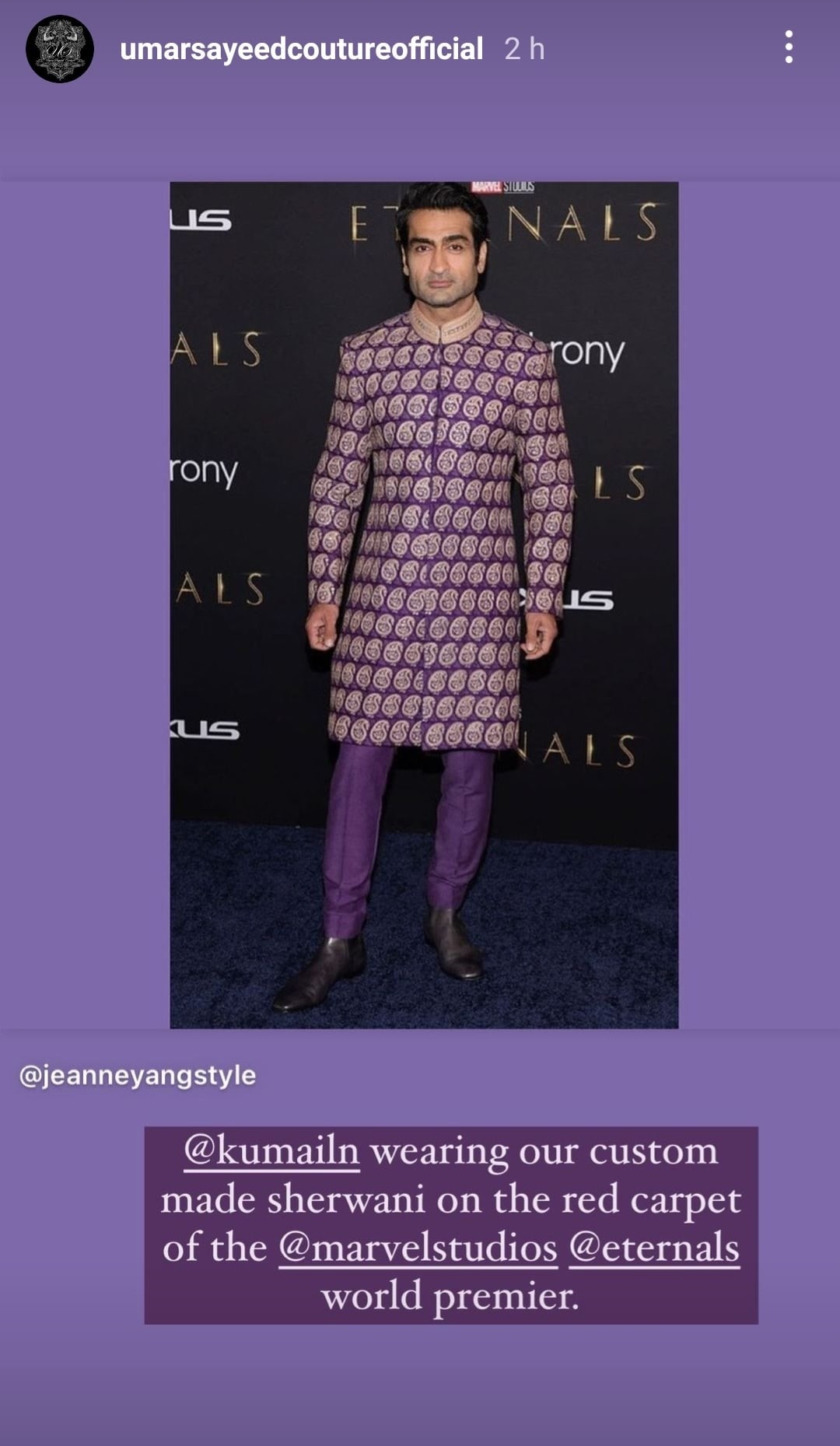 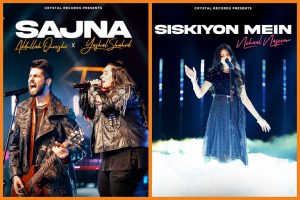 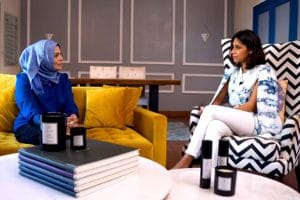