Fashion Times Review: Here’s Everything That Made ‘Laapata’ a Huge Success 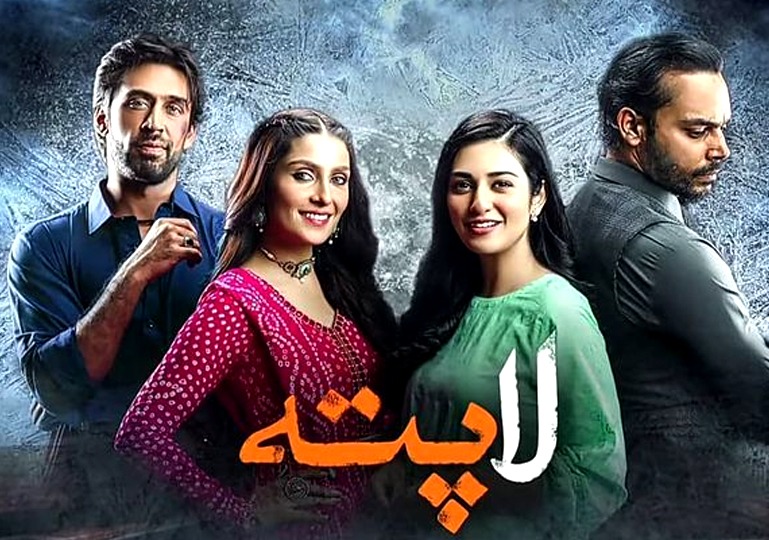 When content-driven projects like ‘Laapata‘ which is in pakistani drama top 10 do well, it sort of reaffirms the fact that viewers can see through the good and bad. The drama serial continued to cast its magical spell, fetched highest ratings, and emerged victorious. It managed to fully get the audience invested in the story of Falak and Shams as they rooted for a happy ending. The television show concluded this week with its storyline coming full circle, and here we look at the factors that made this show a different viewing experience.

On the surface, ‘Laapata’ a pakistani drama urdu wasn’t about any one character’s story, dig out a bit more, you will find the narrative exploring the journeys of each individual. Not even once did the drama lost its way. It showed a woman as progressive, highlighted the issue of workplace harassment, the suspense attached to Daniyal’s (Gohar Rasheed) back story kept the audience on their toes. ‘Laapata’ was a fast-paced (22) episode play that didn’t waste our time.  Big applause for writer and director Khizar Idrees for not dragging the narrative to death.

One thing that was constant in ‘Laapata’ was the superb acting. Sarah Khan simply shined, the best part about her performance is that she understood Falak well. She was smart, confident, and well aware of her limits. She was tough but also had a sensitive side, but both the characteristics looked very organic and nothing was forced. I wish open-minded characters like Falak should be seen more often on TV.

Ali Rehman’s acting chops are getting polished with each play. Sham’s was another highlight of the show. From a carefree lad to a responsible man, he did complete justice to all the phases of his character. Also the chemistry between Ali and Sarah was natural. There were moments when neither of them said a word and conveyed a gamut of emotions with their eyes and facial expressions.

I get short of words to write about this bundle of talent Mirza Gohar Rasheed. He is in top form, as expected. Gohar doesn’t need a title role to showcase his craft. As Daniyal, he had a limited screen time, but he puts up a great show. He had a very challenging role and he pulled it off effortlessly. He handled the minute detailing of a person suffering from split personality disorder to perfection.

It was refreshing to see Ayeza Khan in a new avatar. She delivered a smashing performance yet again. The actress has raised a certain bar for herself and fortunately, she manages to meet the expectations through her act. The role and script required her to be loud and bold, and she managed to be fully convincing.

Credit must be given to the production team for casting a bunch of suitably cast actors and to director Khizer Idress for utilizing their talents in the right direction. For all its magical moments, ‘Laapata’ was a phenomenal drama. We hope to see more of such dramas in the future.