One Pot Chicken Korma: How It Hurts When English People Dishonor Your Cultural Food

The “one-pot chicken korma” video shows the dish being prepared with a chicken stock cube and korma paste. We are truly surprised who thought of adding a generous amount of raisins and spinach to our beloved Qourma. If that wasn’t enough of a nightmare the dish has rice thrown in ala biryani and is served with a garnishing of yogurt and coriander. Disgusting.

“What in the name of colonial cuisine blasphemy is this,” wrote a user and we agree.

What in the name of colonial cuisine blasphemy is this. https://t.co/5l7fCYAeg3

Another tweep wrote: “I’m sorry for all South Asians having to see this,” they wrote.

they really stole and looted everything from us during colonisation BUT our cooking techniques lmao im so sorry for yall south asians having to see this <3 https://t.co/AmYaKANdm8

“How the h** did y’all colonise the world for spices and then not use them even when cooking our own food?!” asked another irked user.

How the hell did y’all colonize the world for spices and then NOT use them even when cooking OUR OWN FOOD?! https://t.co/lv9KWp7FTG

Users questioned how to prevent humanity from eating this “abomination.”

Where is the part where you bury this in the ground so no one dies from eating this? https://t.co/JH4Bw78gf3

The video made a user want to report “cultural violence.”

You have united India and Pakistan with one post.

WHAT ABOMINATION ARE YOU PREPARING IN THE NAME OF KORMA? https://t.co/u12D6usg0l

If this is chicken korma then this is Winston Churchill pic.twitter.com/vBScVchrXE

If that is Korma then this is the Queen. https://t.co/5fbaND279j pic.twitter.com/z9gSvgSKpH

Green Shirts, ARE YOU LISTENING?

Pakistan team should win today to take the revenge of blasphemy of Qorma. https://t.co/BkOY92S5GR

Keep the disastrous recipe aside, a user questioned how the chicken was left uncooked making a sure cause for food poisoning. “I don’t even care about the ingredients, but why can’t they caramelise the onions and saute the chicken for a bit? Without that happening this dish is best-called food poisoning,” they wrote.

I don’t even care about the ingredients, but why can’t they caramelize the onions and saute the chicken for a bit? Without that happening this dish is best called “food poisoning”. https://t.co/2HYxF79awU pic.twitter.com/unMojj5gZQ

Dear Tasty Food Chicken Korma is a widespread meat dish in the subcontinent. The authentic recipe is made with yogurt and spices to make the curry after which chicken is added to the curry to be cooked. 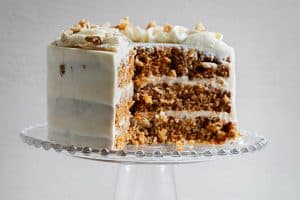 Christmas 2022: Bake The Perfect Moist Carrot Cake Ahead Of The Festive Season 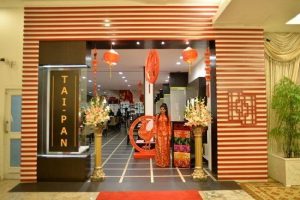 Revisit the World of Authentic Chinese Cuisine at Tai-Pan 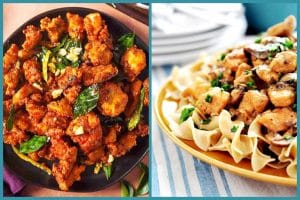