One Bizarre Move Turns All Into Dust; Feroze Khan in Legal Trouble For His ‘Shameful Act’ 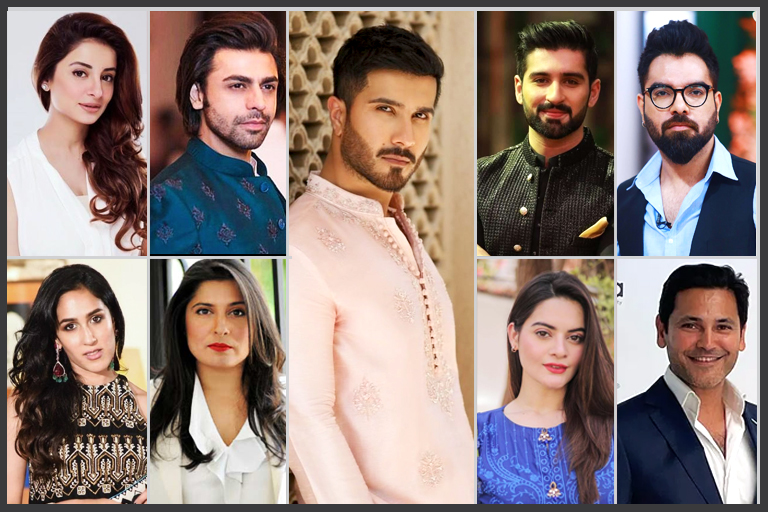 Fame, superstardom, fanatic fans jostling for a selfie with you, the entertainment fraternity of Pakistan gives you everything. Several stars in the industry have enjoyed adulation and success in equal measures. But there are several who fell down the ladder of success a bit too early and a bit too hard. One such actor is Feroze Khan who has only himself to blame for sabotaging his career.

– Defamation Legal Notice Has Been Served By My Legal Team To Those For False and Baseless Allegations.

Quick Recap of The Case

Has Feroze Khan Lost It Completely?

It is hard to believe that Khan shared the names of nine celebrities as well as their private information like their mobile phone numbers and, in some cases, their addresses (which he later deleted). Sarwat Gilani, Yasir Hussain, Minal Khan, Muneeb Butt and many others have threatened to take action against Khan. Let’s take a look at the statement made by the actors.

Taking to Instagram, Hussain shared a series of snapshots explaining the ordeal he has to face after Khan previously shared and later deleted his number on his official Twitter handle. 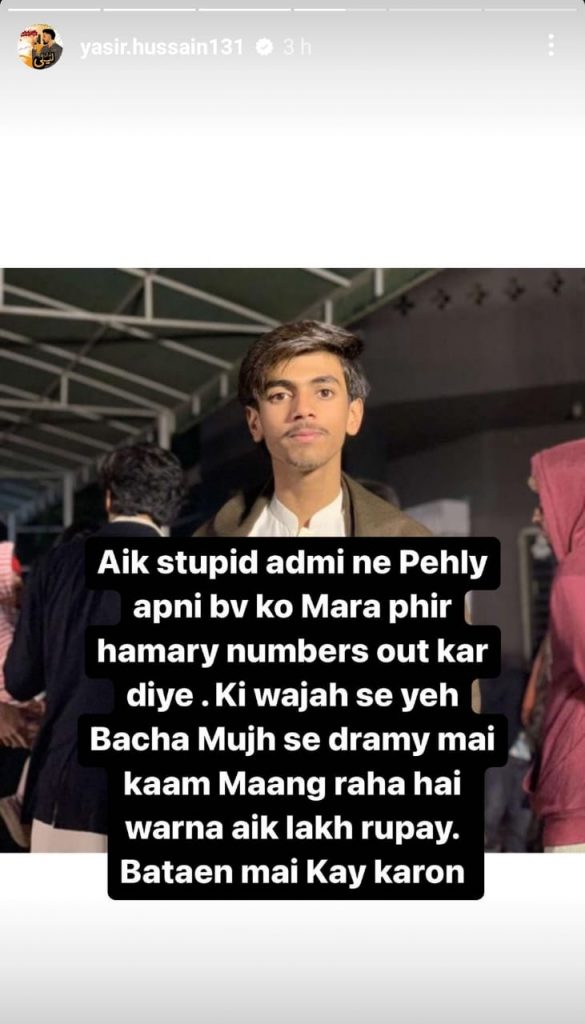 “A stupid man first hits his wife and then publicly shares our numbers online. Now, due to this, a child has been constantly messaging me to cast him in dramas, otherwise, he’s threatening me to give him Rs100,000,” detailed the Badshah Begum star, while further asking his followers for advice, “Please tell me, what should I do?” 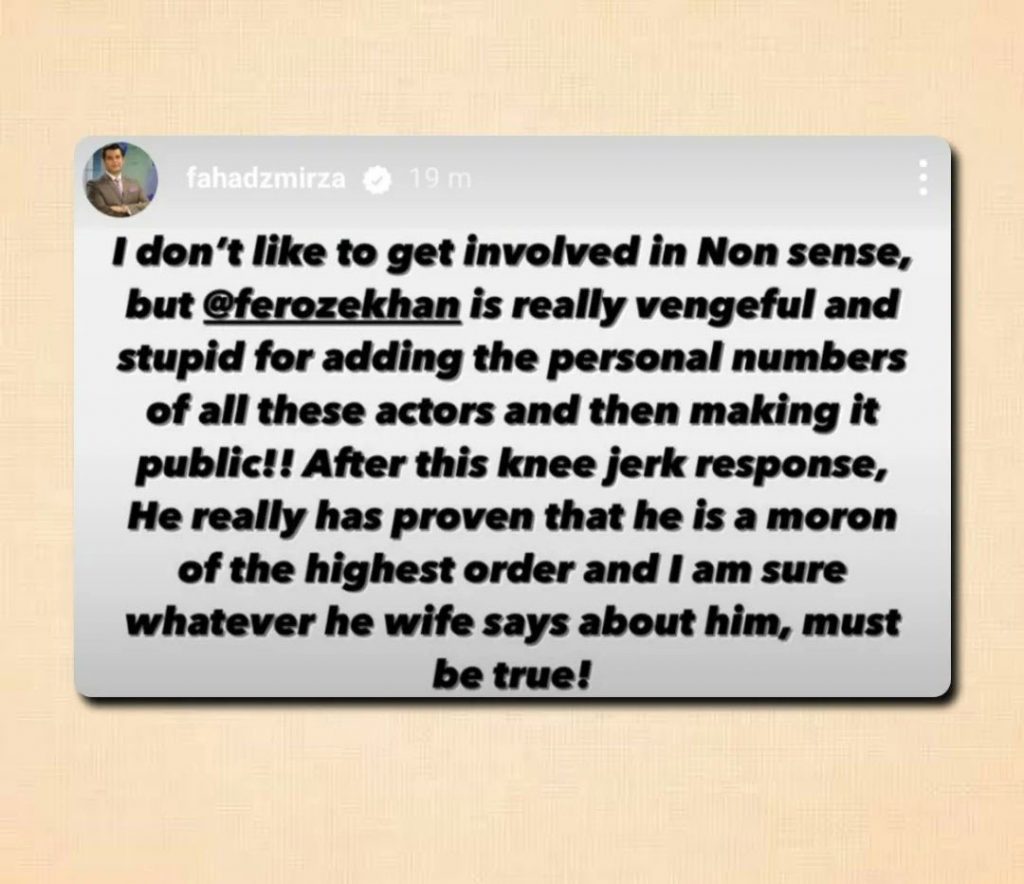 Mirza, while adding that he doesn’t like to comment on “nonsense”, shared, “Feroze Khan is very vengeful and stupid for adding the personal numbers of all those actors and then making it public.” He went on to add, “After this knee-jerk response, he really has proven that he is a moron of the highest order and I am sure whatever his wife says about him must be true.”

Sarwat Gilani: “Total Lack Of Maturity To Handle Matters In A Civilised Way”

Gilani shared a picture of what appears to be her mobile phone call log featuring over 100 missed calls from unknown numbers. She captioned her post, “It is bizarre and despicable that private information, including phone numbers, of various famous individuals, has been publicly shared on the absurd pretext of issuing a legal notice to them by Feroze Khan.” 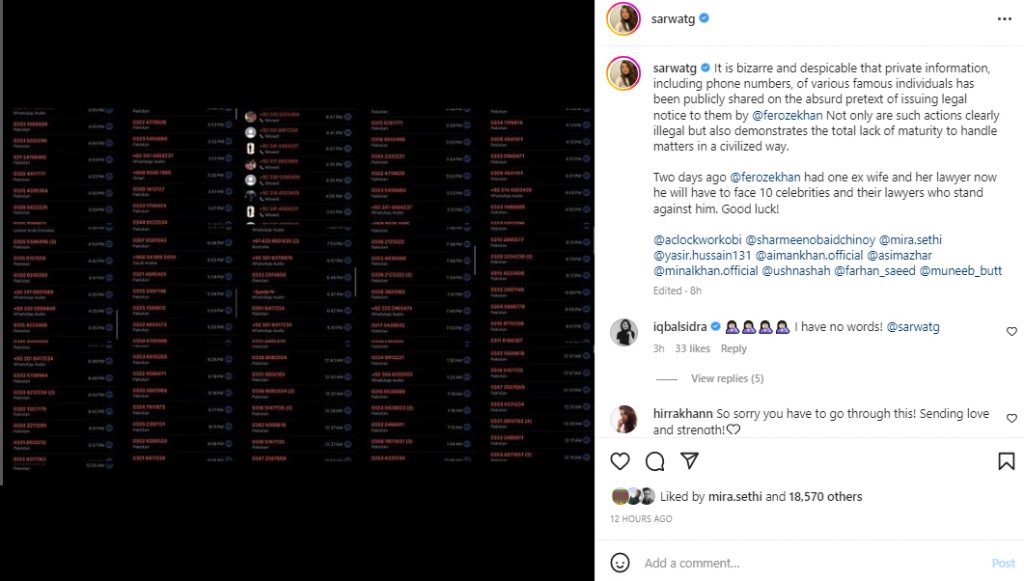 She called these actions both “clearly illegal” and demonstrative of a “total lack of maturity to handle matters in a civilised way”.

“Two days ago Feroze Khan had one ex-wife and her lawyer now he will have to face 10 celebrities and their lawyers after him. Good luck!” Gilani wrote. 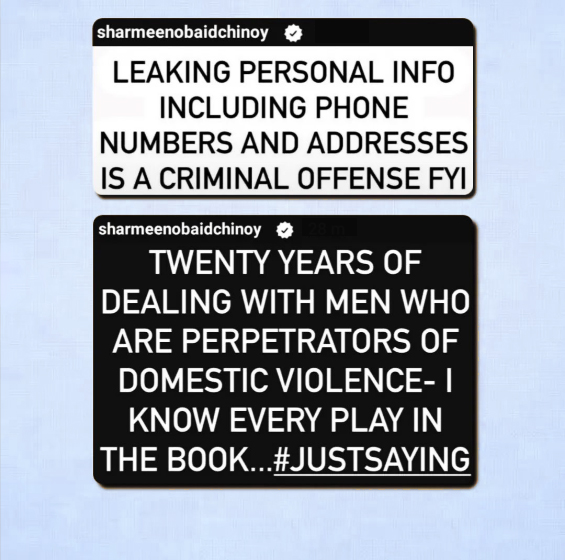 Chinoy also left a comment under Gilani’s post, “Wait till you see mine,” likely about her call log after her phone number was shared by Khan. 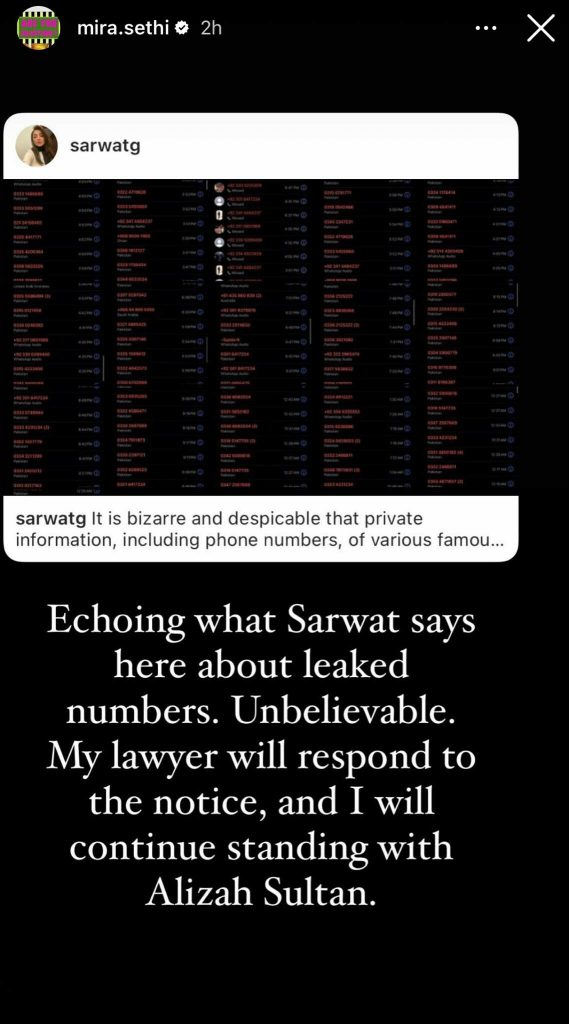 Sethi also took to her Instagram stories on Wednesday and reshared Gilani’s post. “Echoing what Sarwat says here about leaked numbers. Unbelievable,” she wrote, adding that her lawyer will respond to the notice and that she will continue to stand by Khan’s former wife, Aliza Sultan. 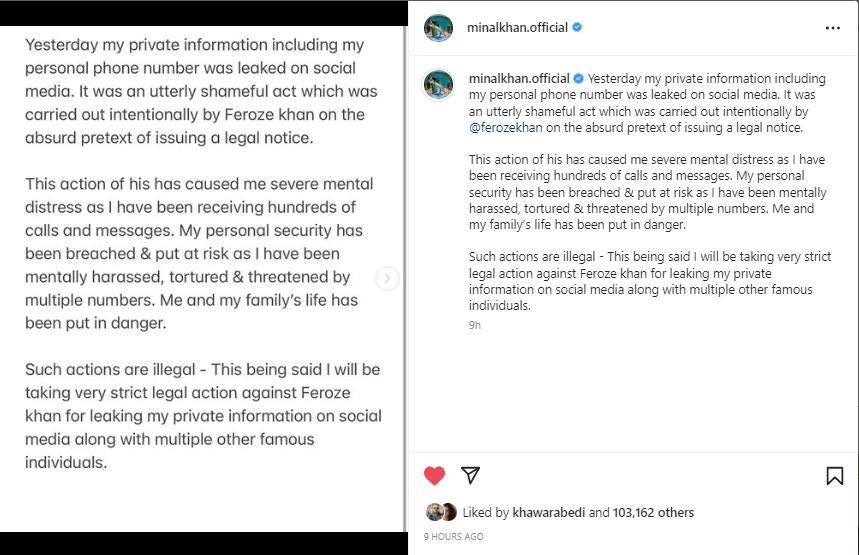 The Nand actor took to Instagram shortly after Gilani and Sethi and wrote, “Yesterday my private information including my personal phone number was leaked on social media. It was an utterly shameful act which was carried out intentionally by Feroze Khan on the absurd pretext of issuing a legal notice.” 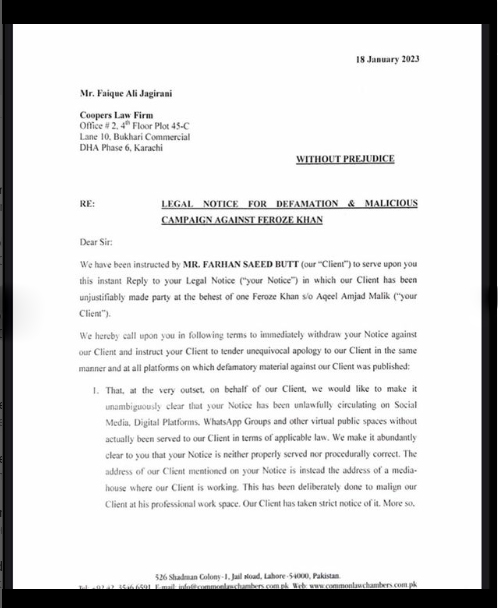 Farhan Saeed has served the actor a legal notice, demanding a public apology within 3 days for the damage he’s caused, to avoid any further legal consequences. The legal notice uploaded on social media was never physically sent to him. Unlike other celebrities who supported Khan’s ex-wife, Farhan had not said anything on the topic at all. Why, then, did Feroze decide to include him in the list? 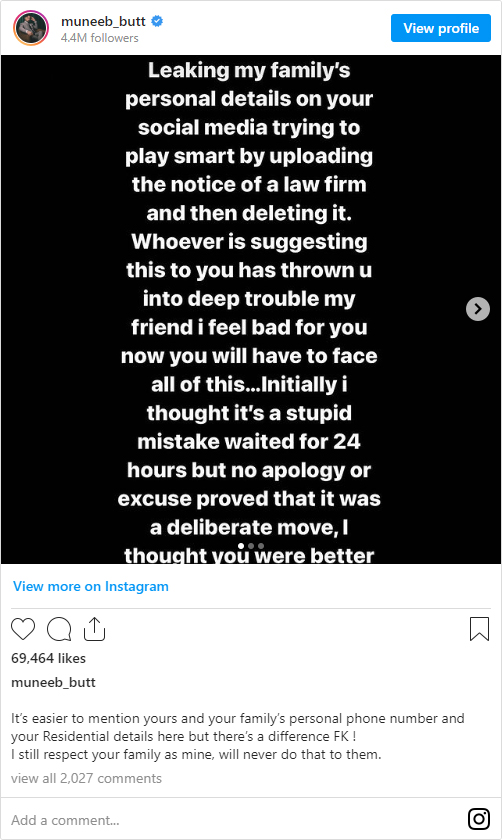 Muneeb Butt took to Instagram and wrote, “Leaking my family’s personal details on your social media trying to play smart by uploading the notice of a law firm and deleting it. Whoever is suggesting this to you has thrown you into deep trouble my friend. I feel bad for you, now you will have to face all of this… Initially I thought it’s [a] stupid mistake and waited for 24 hours but no apology or excuse proved that it was a deliberate move. I thought you were better than that, seriously. Complaint registration/verification process has been completed [and] FIA Cyber Circle has initiated the inquiry. The process has started [and] you will have to taste your own medicine. Now wait for the call.”

With this insensitive act, Feroze Khan has landed himself in a legal soup. Khan has surely been instrumental in destroying his career.

This is a developing story and will be updated accordingly