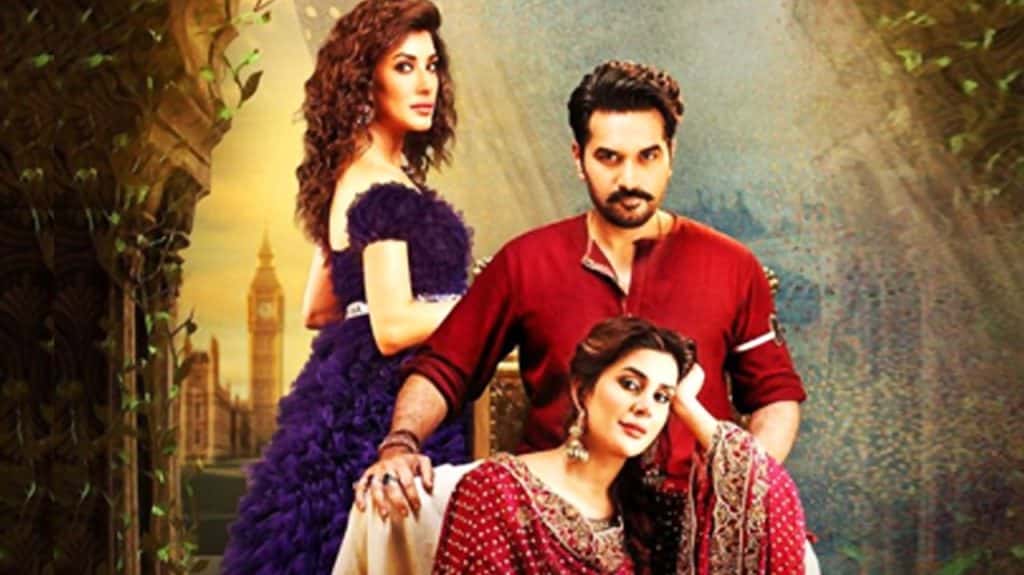 Around four years ago, a film named Punjab Nahi Jaungi (PNJ) hit the silver screens. The film not just stood out, but connected with a larger number of audience, and proved to be a huge box-office hit, purely because of its simple content, easy-to-digest plot, and very relatable performances by its cast. This Eidul Azha, the film’s spiritual sequel London Nahi Jaunga (LNJ) released. A film with a feel of (PNJ) but with an entirely different story. Is the (LNJ)as powerful as (PNJ), let’s analyze.

Chaudhry Jameel Qamar (Humayun Saeed) hails from a super-rich family in Bahawalpur. He is yet to get engaged with his cousin Arzu (Kubra Khan). The engagement is followed by the entry of Zara Tiwana (Mehwish Hayat) who comes from London and randomly gate crashes Jameel’s engagement, requesting a tour of the mansion. Jameel goes gaga over her beauty and leaves everything to fulfill her request. While returning to the ceremony, the bride Arzu faints and the engagement gets canceled. Who is Zara, and with what purpose is she here for forms the rest of the film.

Right from the word go (read ‘first frame), the film’s director Nadeem Baig successfully hits the right cord. At the onset, it may sound and look very easy to make a spiritual sequel, but the real challenge lies in transforming it into a goldmine at the box office. And Baig achieves that successfully and how! Backed by an immensely believable script (Khalil-ur-Rehman Qamar), Nadeem helms his role as a director very successfully.

There are times when you get a feeling that he has surpassed (PNJ) as far as storytelling and film presentation are concerned. It’s a very wittily written film and superbly performance-oriented film. Nadeem Baig establishes the 4-year itch in the first five minutes of the film, which sets the tempo of the things to come. Despite it being an almost flawless film, it starts lagging midway in the second half but makes up for all this in the chilling climax. His direction is excellent and artistic but hugely entertaining. The end of the film is conventional. The film’s one-liners are sure to bring the house down.

As far as the performances are concerned Humayun Saeed delivers yet another classic act. He really knows how to carry the film on his shoulders. The impact of his role is so significant that you just cannot imagine any other actor doing it. Mehiwish Hayat is in top form. She gets into the skin of Zara the very way a fish takes to water. Kubra Khan excels as Arzu despite it being a restrained one. She looks bewitching and is loveable and never tries to overshadow anyone and emerges a winner. It is her simplicity and realistic approach to her character that makes her endearing.

Gohar Rasheed is amazing. His character adds to the film by making it immensely likable and watchable to the core. Other actors like Sohail Ahmed, Saba Faisal, Iffat Omar, Saba Hameed, Mehar Bano, and Vasay Chaudhry help with their ‘contributions’ in making the film a winner all the way.

The soundtrack takes you by complete surprise. The songs are situational, earthy and charming. While tracks like ‘Mahiya Ve Mahiya’ and ‘Marjaaniye’ were already popular, tracks like ‘Ve Pardesiya’ and ‘Yar Chadh Gaya’ are real gems, which are bound to grow once people watch the film.

On the whole, London Nahi Jaunga makes for a must-watch, especially for Humayun, Mehwish, and Kubra’s spellbinding performances. It’s a feel-good, light-hearted entertainer with the right dose of humor, drama, and romance, besides an outstanding plot and amazing one-liners that act as toppings. SURE-SHOT HIT!