Break the Taboo: This is what Model Zara Peerzada has to say about the Symptoms of her Menstrual Cycle! 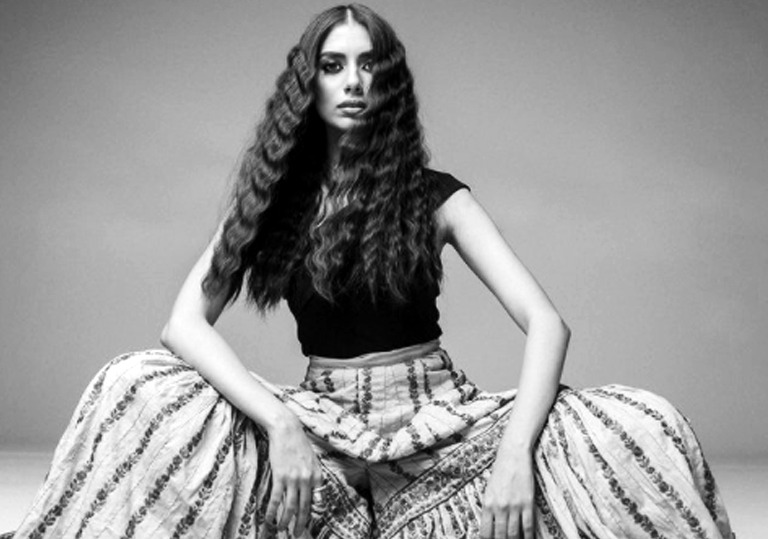 Model Zara Peerzada has never shied away from talking about women-centric issues. This time, she has talked about not just the physical struggle but the mental and hormonal changes that occur while menstruating.

The Model Zara Peerzada in a recent Instagram story initiated a series of conversation on menstruation and the toll it takes on women especially when they step out to work, or perform other social activities. “We talk about going to work with [menstrual] cramps and headaches but where are my sisters with severe hormonal imbalances, PMDD, poor mental health and PMS? How do you cope if you have socially interactive job or work environment?” Peerzada asked her followers. 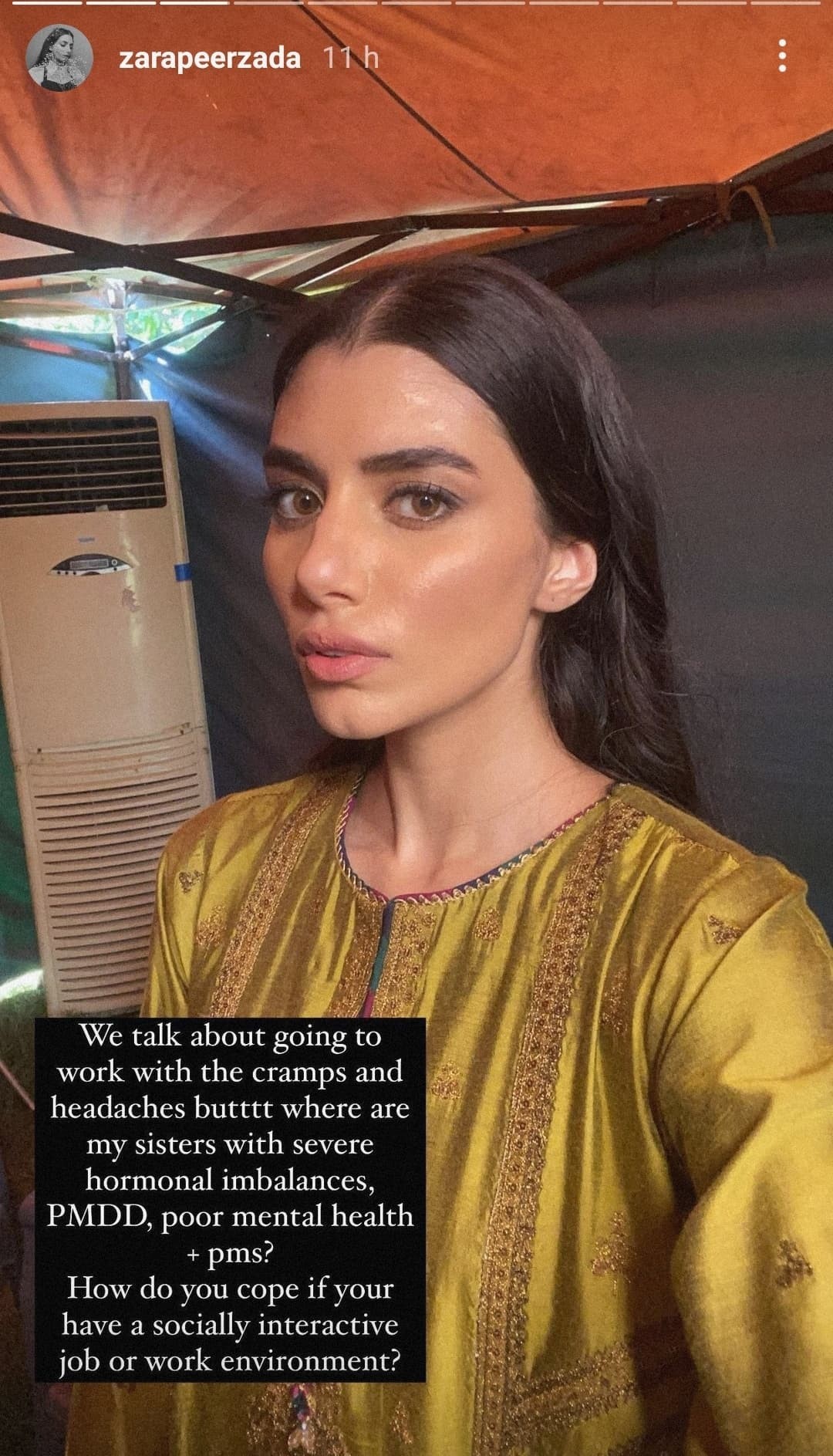 Elaborating on it further, she said “As I’ve gotten older, my menstrual cycle has become extremely mentally taxing. “Extreme anxiety, extreme anger, irritability and despondency. I feel like when it started happening I was caught off guard because so much of the conversation is based around the physical struggles of menstruation, and not the mental or hormonal changes [that occur] as your body grows older and your menstrual cycle evolves.” 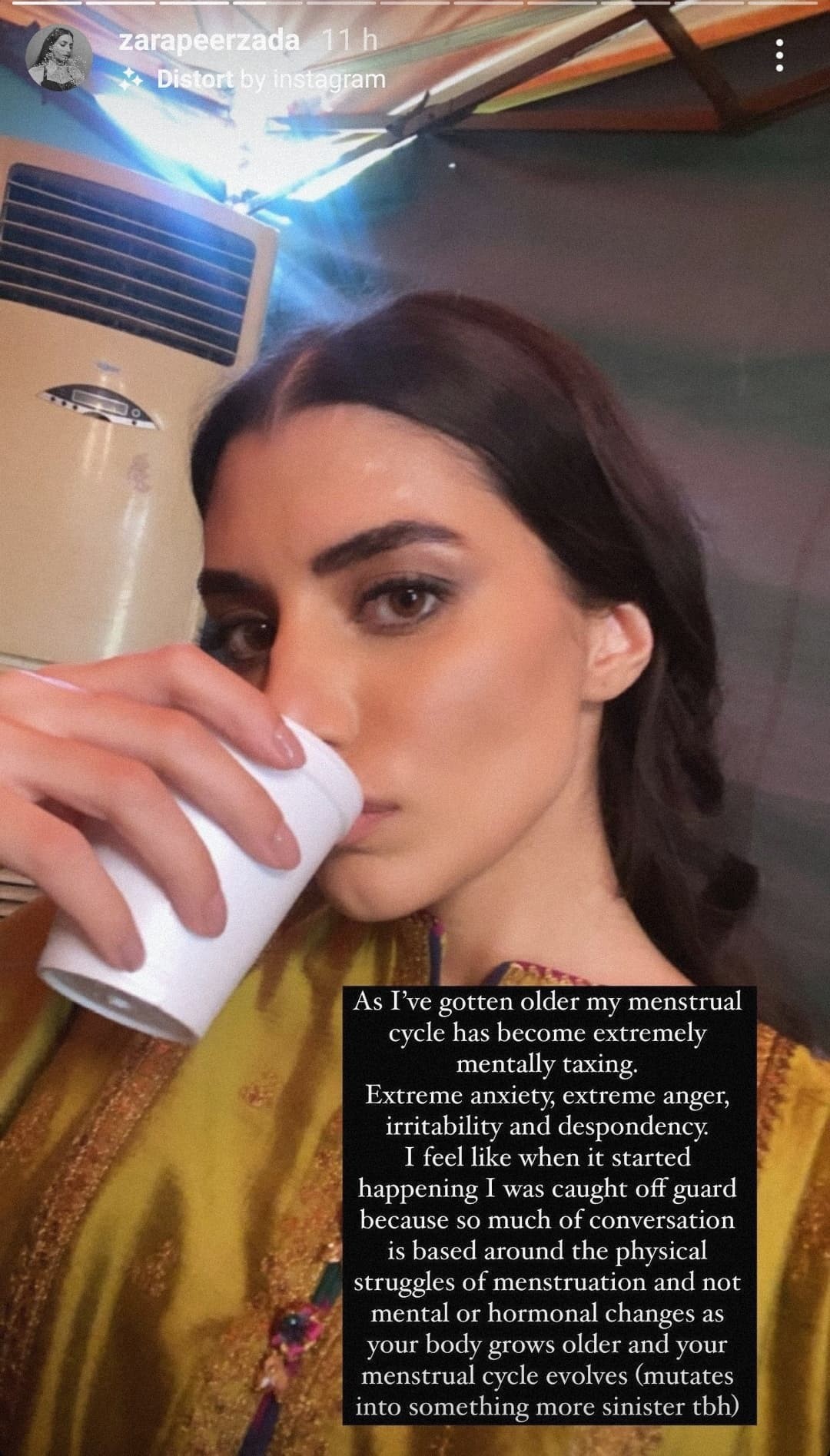 The model also gave awareness regarding some important aspects of menstruating to the younger audience and said, “Younger audience, you will have mania to look forward to as you continue to menstruate. No one told me so I’m telling you. You’re going to feel awful and out of control and CIS men do not understand. Initially it will be hard to distinguish PMS or PMDD from your usual mental health struggles but soon you will be able to tell the difference, even though no one else will.” 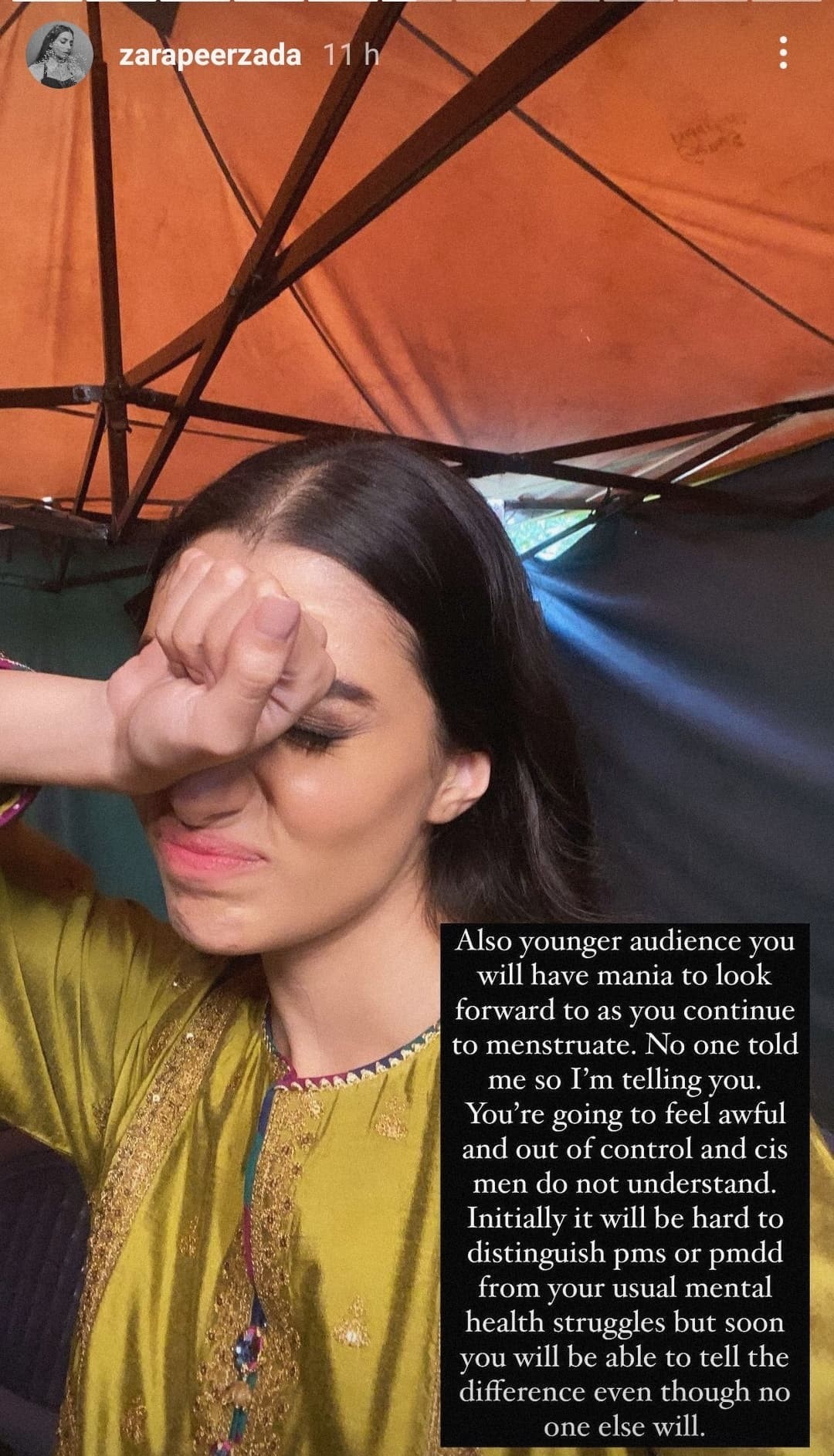 Zara gave us some insights of her personal struggles and wrote, “My partner and family have suffered the worst of it because I have a terrible temper that I have learned now to control, at least a little, when I’m ovulating or menstruating. But most days it cannot be helped. I try articulating that I am feeling angry or frustrated when I can instead of just exhibiting it. I give a fair warning to my partner when doomsday is near so they can be understanding when I am being unreasonable.” 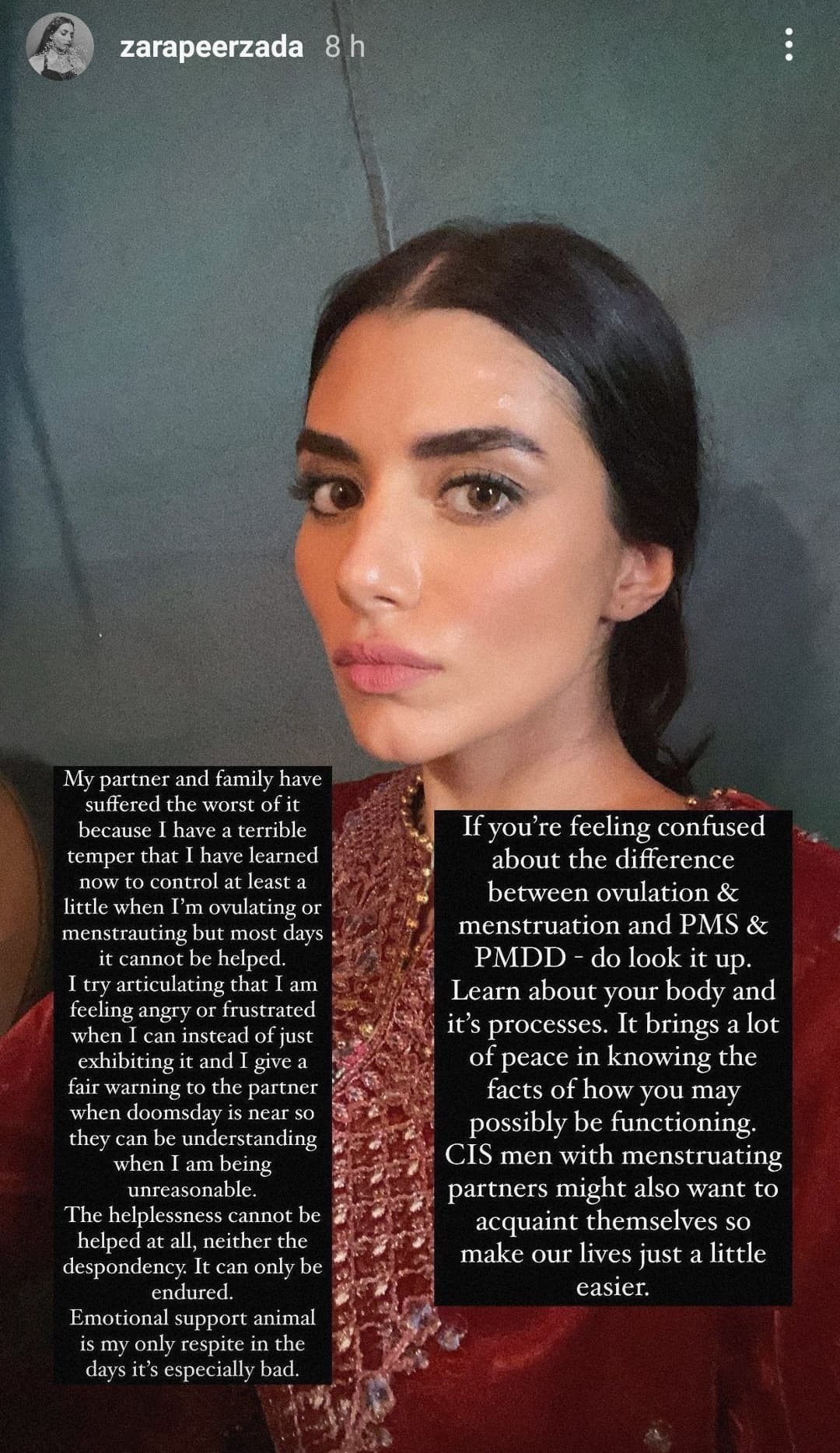 She continued, “The helplessness cannot be helped at all, neither the despondency. It can only be endured. An emotional support animal is my only respite in the days [my symptoms] are especially bad.”s

Concluding her conversation Zara advised her female followers to be careful and learn more about the PMS and PMDD in order to know more about their bodies. “Learn about your body and its processes. It brings a lot of peace in knowing the facts of how you may possible be functioning. CIS men with menstruating partners might also want to acquaint themselves to make our lives just a little easier.”

She received a lot of super supportive DMs 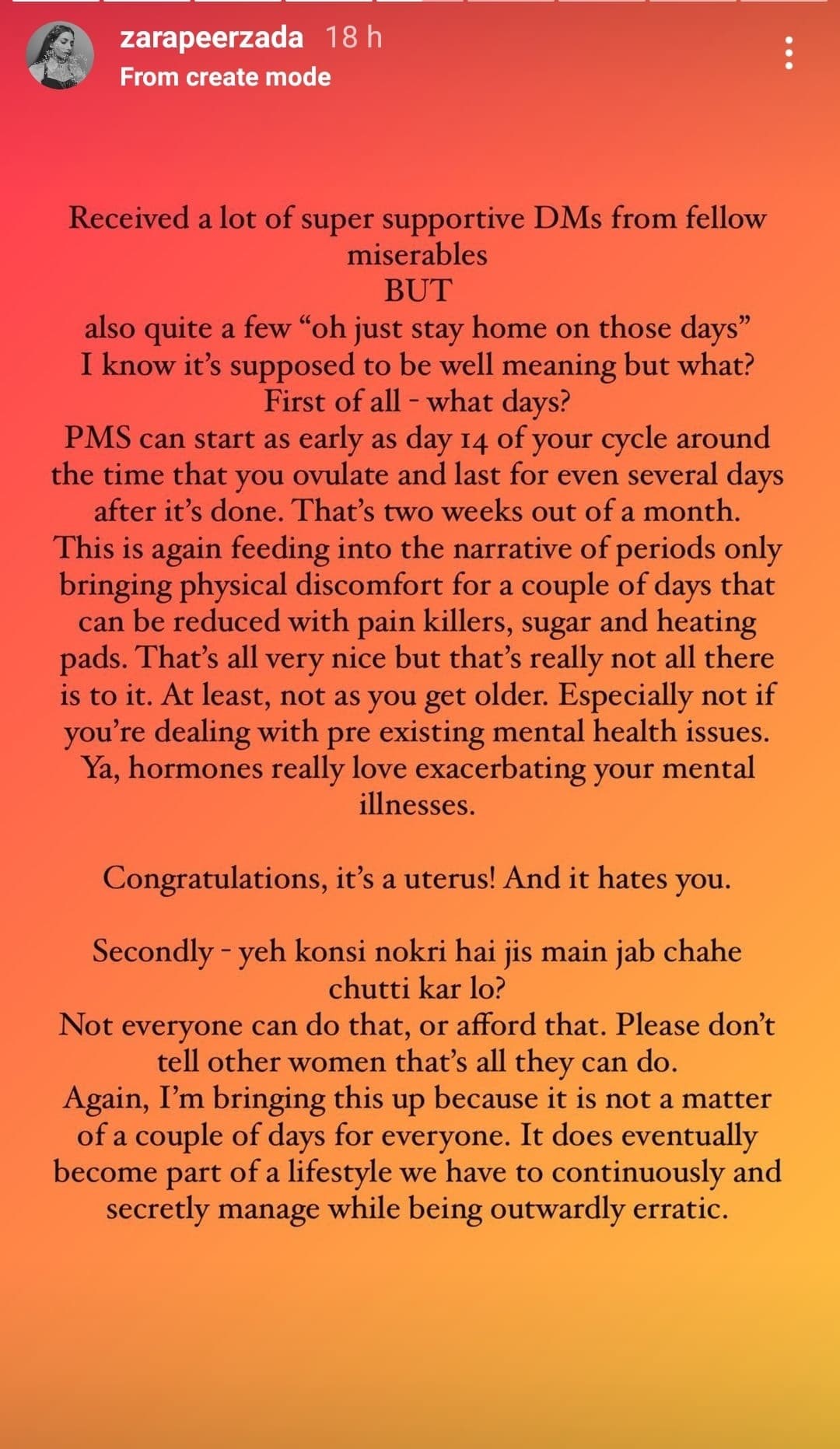 Well, it is a brave step by Zara especially in a country like Pakistan where people are hesitant to speak on a topic like menstrual cycle in public. It’s so good to see women supporting women. Bravo!