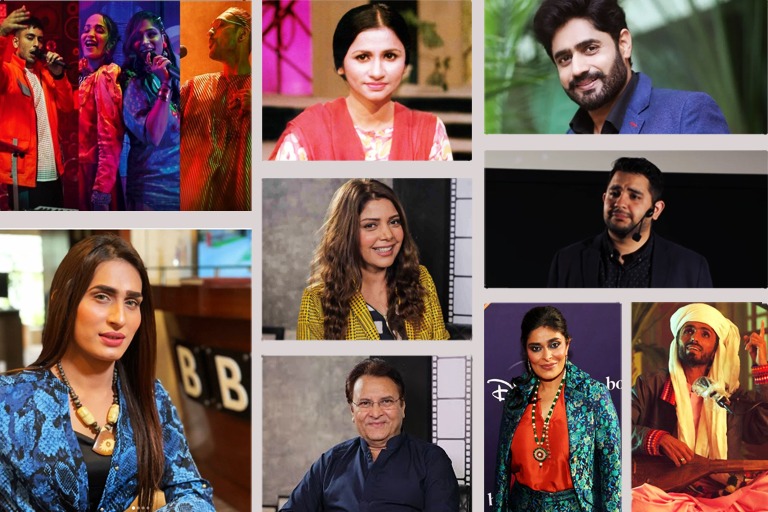 Fashion Times Magazine brings you the weekly news round-up of the top stories that trended on the internet in the week gone by.

1. In a first, Ali Sethi, Shae Gill, Hasan Raheem, and the Justin Bibis will perform at the ‘first Coke Studio live in Dubai’

Coke Studio 14 sensational stars Sethi, Gill, Raheem and Justin Bibis will perform live at the first Coke Studio in Dubai on October 14.  Ali Sethi is a Coke Studio stalwart who contributed his impressive vocal talents to one of the biggest songs of the year, Pasoori shared the poster for the currently finalized artists and wrote “Dubai” in all caps with three explosion emojis. Taking place at the Coca-Cola Arena, more musicians are yet to be announced for the event.

2. Nimra Bucha bags a lead role in Pakistani-Canadian film “Me, My Mom & Sharmila”

Basking in the glory of Ms. Marvel, Nimra Bucha is going places. She has signed her next international film “Me, My Mom & Sharmila”.The feature directorial debut of writer-director Fawzia Mirza will star Amrit Kaur, popularly known for Mindy Kaling. It also stars Hamza Haq who won the best actor in 2021 and 2022 at the Canadian Screen Awards.

This year’s monsoon spell has wreaked havoc across Pakistan but some areas have been impacted more than others. Many celebrities have been raising their voices to collect funds and share with authentic organizations. Singer Abrarul Haq, director Kanwal Khoosat and comedian Shehzad Ghias Shaikh have announced that they will donate the proceeds from their upcoming public events, a concert, theatre play and comedy show to flood relief efforts.

Featuring the best Stand up comedians in the city and hosted by Shehzad Ghias Shaikh. pic.twitter.com/PUCGdYmcr4

Wahab Ali Bugti of ‘Kana Yaari’ song on Coke Studio lost his home due to the floods that have ravaged Balochistan. The Chief Minister of Balochistan Mir Abdul Qudoos Bizenjo has issued instructions to help singer Wahab Bugti, who along with other people in his area has been affected by the floods.

Hadiqa Kiani’s Vaseela campaign is on a mission to extend as much help as possible to the people devastated by the floods but she needs your help. The ‘Dobaara’ actor requested her Instagram followers to do their part and contribute. “I request the people of Pakistan to step forward and help our Baloch people who are shelter-less and going through the most painful time of their lives. Together we can face it and help in these catastrophic times,” she captioned a video of her at work.

Veteran actor Behroze has been vocal about the hateful comments about his son Shehroze Sabzwari’s second marriage with model Sadaf Kanwal. In an interview with a leading magazine he spoke high about her ex-daughter in law and actor Syra Yousuf and said, “Syra is my daughter, even now. If their chemistry wasn’t compatible, we can’t do anything about it — this is up to God. All the people who trolled us, that was a difficult time for us to go through, it was harsh for Shahroz, Syra, and for the families. It was a very personal matter but people think they have a right over us — it’s not like that, we all have a personal life and social media has destroyed lives.”

7. Nightingale of Pakistan Nayyara Noor passed away at 71

Transactor Alina Khan voiced her journey in an upcoming episode of BBC News’s podcast series Baat Sarhad Paar. A preview posted on Instagram reads, “We have learned to live with people, but people have not yet learned to live with us. For me, the biggest achievement after working on the film [Joyland] was that my family properly accepted me. I started going and meeting them. When I returned after winning an award at Cannes, I went to visit my family first and spent the night there. That one night was a huge night for me because before then, I had never spent the night in my home before.”