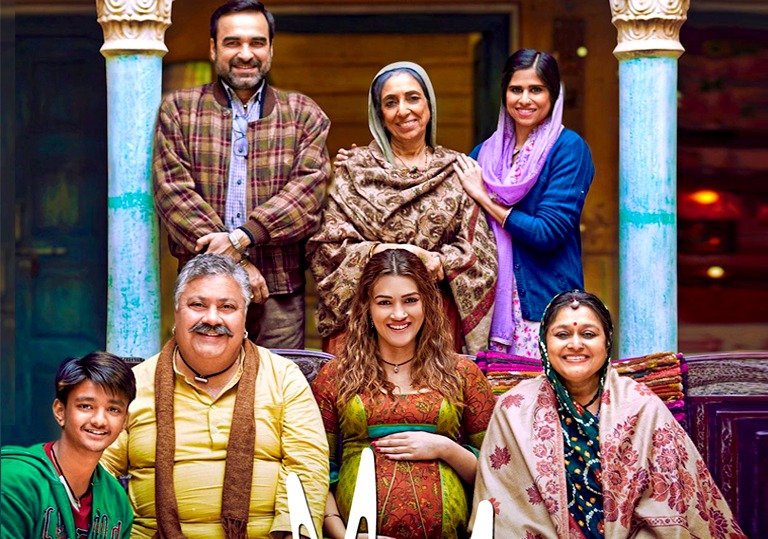 An official remake of the National-award winning Marathi movie ‘Mala Aai Vhhaychy’ (2011) Mimi narrates the tale of a young girl who decides to become a surrogate mother. The premise is set in the small town of Rajasthan. Mimi Mansingh Rathore (Kriti Sanon) aspires to be a Bollywood star and has plans to move to Mumbai. Jolly (Nadeem Khan) an actor who works in films asks her to pay a few lakhs for her portfolio shoot.

She earns through dance shows to save money. One day, at one such show an American couple Summer (Evelyn Edwards) and John (Aidan Whytock) see her. The couple is in India for a while in search of a surrogate mother since Summer cannot conceive. They feel Mimi is a fit choice to bear their child. They bribe their driver Bhanu Pratap (Pankaj Tripathi) by paying him five lakh rupees to convince her. He agrees and convinces Mimi that she won’t have to sleep with anyone to make a baby. Moreover, she will be paid twenty lakhs for this job. 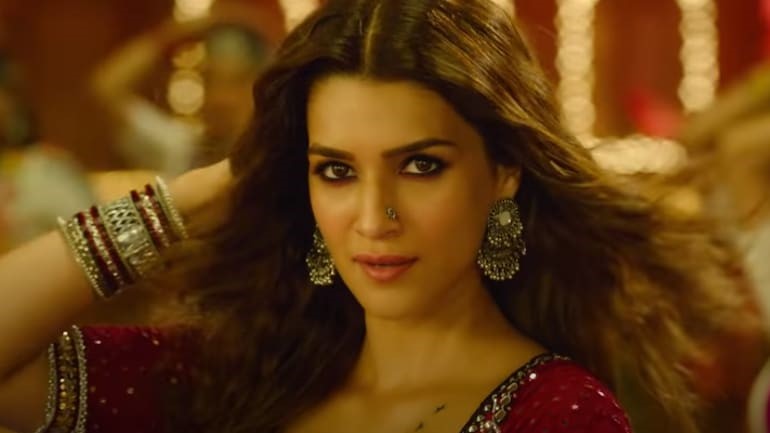 Mimi happily agrees but doesn’t tell her parents Mansingh Rathore (Manoj Pahwa) and Shobha (Supriya Pathak) about this deal. She lies to them that she has got work in Mumbai and secretly moves to her friend Shama (Sai Tamhankar) residence. Bhanu pretends to be her husband. Mimi finally gets pregnant and gets along well. The tragedy begins when the American couple conducts a test that shows that the child in Mimi’s womb will be born with Down’s Syndrome. Summer and John are shocked and tell Mimi to abort the child. They leave for their country, USA leaving Mimi devastated. She has no option left but to go back home. Her parents get the biggest shock of their life to see her in this condition. A confused Mimi lies that Bhanu is the father of the child. She delivers a boy after nine months and what happens next forms the rest of the film. 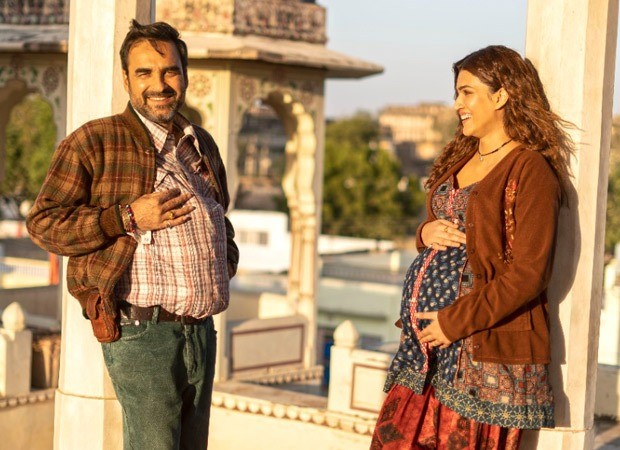 The subject of surrogacy had been introduced at celluloid by Abbas Mustan’s in ‘Chori Chori Chupke Chupke’ in 2001. The subject material is explosive and this time around director Laxman Utekar handling of the subject is exemplary. He dresses up his characters well, but most importantly, infuses life in those prime bodies. The most minute factual has been shot with crystal-clear modality. The fantastic dialogues by Rohan Shankar throw life on each character. The cinematography is so detailed in each shot and if you are a great analyst of camera works, it’s going be interesting for you.  A.R. Rehman’s music isn’t of the chartbuster variety. Param Sundari is our pick from the lot. Choti Si Chiriya is heart wrenching while Aane ko Hai Mehman, Fuljadi and Rihaayi De are avarage.

The main performances are in sync with an ear-to-ground tone. Kriti Sanon undoubtedly delivers a career-best performance. She spellbinds on her part without any flaws. No words to describe the tremendous performance by Pankaj Tripathi. He carries off the show so perfectly on her part filling the tense situation with humor. His characterization is such, the masses will love it. The film boasts of some crackling comic chemistry between Pankaj and Kriti, some of their witty lines leaving you in rip roaring splits. Manoj Pahwa does a great job throughout the show. Sai Tamhankar carries her part perfectly. Supriya Pathak shines in a limited role.

Final Word: Yet, all said and done, MIMI is a gripping product that boasts of an exciting script, bravura performances, and perfect directions. It’s not just drama; there’s a lot more to it.