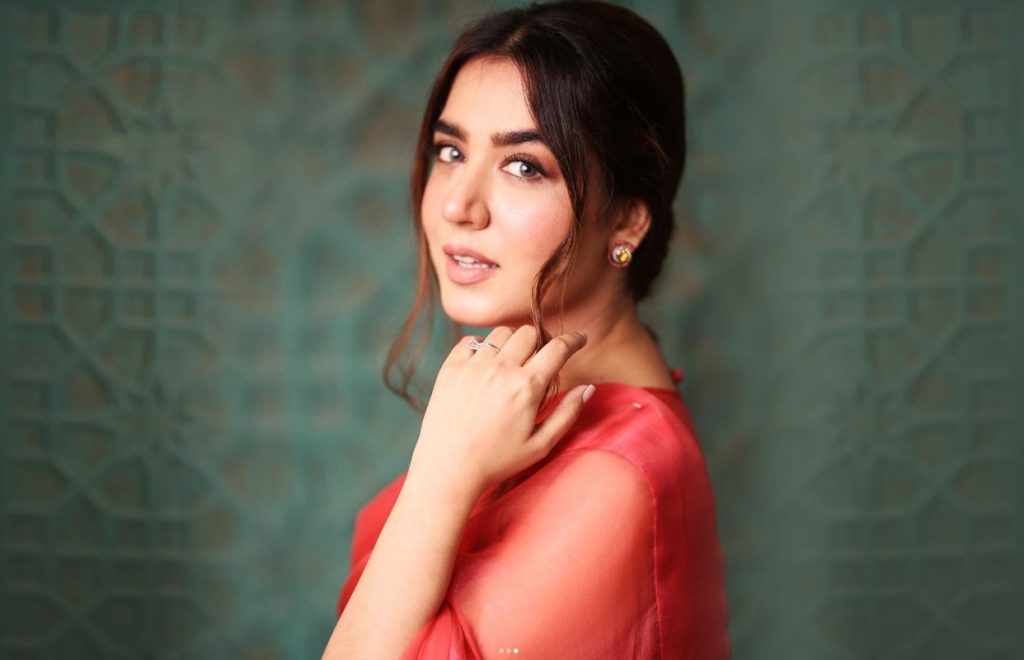 Mansha Pasha powerful and honest performance in her last cinematic outings forced filmmakers to take notice of her acting skills. Mansha Pasha is just two films old in Lollywood, is very clear about what kind of roles she wants to do. Her next, Kahay Dil Jidhar, has her playing a determined journalist and has something for everyone, she claims! Fashion Times Magazine gets the actress open up about everything regarding the film, her views on the scenario of independent filmmakers in Pakistan, importance of box office numbers, future projects and much more.


Fashion Times Magazine (FTM): You’ve completed a decade in the industry. Starting off with a guest appearance in Humsafar to a leading role in Lal Kabootar; are you satisfied how things have unfolded?

Mansha Pasha (MP): It’s been over a decade when I started my career as a line producer. I had the wonderful opportunity to work on Humsafar; since then my life changed significantly. My success wasn’t overnight; it’s been a slow but steady journey to reach where I am today. It was over carefully chosen roles and paced struggle. Due to the trajectory of my career, I have managed to stay a well-grounded person. I am truly satisfied how things have mapped out. I’ve been able to keep the core of my being intact, without losing who I truly am.


(FTM): From 2017 till date, Kahay Dil Jidhar (KDJ) is your third film. You’re maintaining a good strike a rate. Has success empowered you as an actor?

(Mansha Pasha): Yes, it did! it also depends as to what one wants to do with it. I believe, the important aspect I’ve learnt is that you need to be empowered despite success. Acting is not an easy profession; it requires research, long working hours and dedication. Therefore, it’s very important to tune out from other things and focus on the art itself. 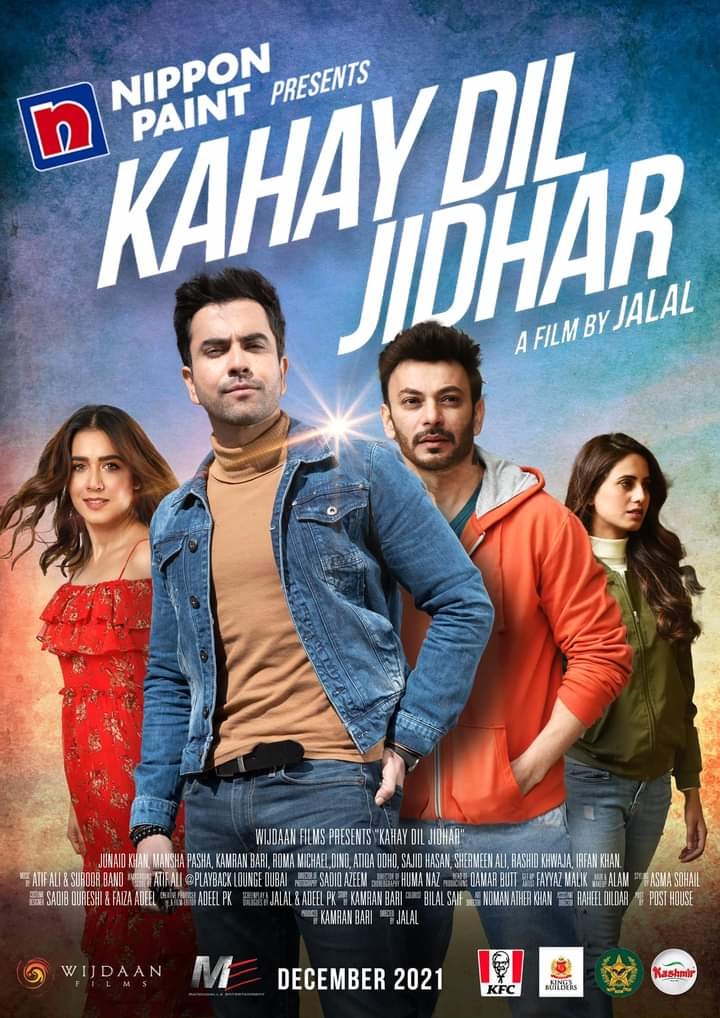 (FTM): I am sure you must be utilizing your trash bin by rejecting many scripts coming your way. While picking a subject, how difficult is it to find something new?

(Mansha Pasha): I have been very lucky with the films being offered. My main criteria for a good project is the story; it needs to be interesting and unique. I prefer to stay clear of over used equations and stereotypical portrayals of tropes and characters. Filmmaking is a lengthy process, therefore a good team also plays a vital role to shape up a good project.

(FTM): KDJ seems to be a different genre you haven’t attempted before. From your point of view, what can you tell us about the plot?

(MP): KDJ is truly different from anything I have done before; it has something for everyone. It primarily follows the story of a cop and journalist; and how their journeys align. There’s a love story for romance lovers, action for diehard fanatics, dance, music, suspense and drama. It’s not limited or targets any specific audience. KDJ is a full-on masala filled package. 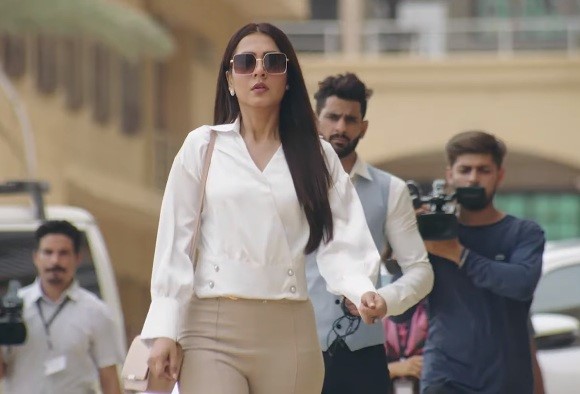 (FTM): How did you prepare to play a fierce journalist for the first time?

(MP): I haven’t explored this role before, playing an anchor isn’t an easy task. One needs to be level headed, with a thick skin especially when the camera starts rolling. One should neatly package every thought in their head and be ready to translate it well into words. There isn’t any space for errors. My director, Jalal made me research various female anchors to get it right. I watched various archived footages, analyzing every movement, expression and dialogue to make it a part of my fiber.

(FTM): How much scope does your character have in this cop drama?

(MP): I love the way the script has been structured and the characters have been created. I and Junaid have parallel roles, our story line and character arcs have the same amount of pulp and vigor. Our tracks run side by side; he being the charismatic police officer and I being the determined journalist.

(FTM): How much of your personal sense of humour translates on screen?

(MP): It does when there’s room for it. It depends on the role I portray or what is the requirement of the script. For example, if play a comic role, then definitely I let my sense of humor reflect. It all depends on how methodical I am willing to be on a particular day of shooting.

(FTM): How was your work equation with Junaid Khan and new faces Roma Michael – Noman Bari?

(MP): It was great working with Junaid. We have earlier worked together, so we share a very good work equation and camaraderie on set. The working relationship with Noman was multi-layered as he is also producing the film. It was interesting to witness how well he managed both the roles very well. It was lovely working with Roma; we managed to have some great time together. 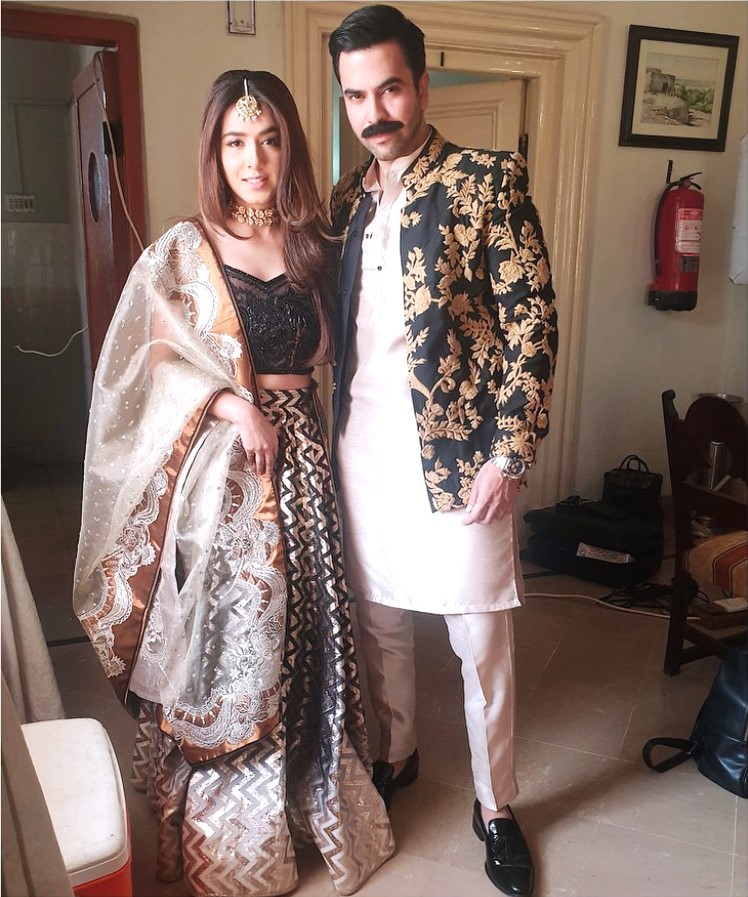 (FTM): How did director Jalal mentor and guide you throughout this journey? How was the experience shooting it?

(MP): Honestly, he was amazing! I have always been very lucky to work with such talented directors. Jalal was like a guiding light on the shoot, he made sure to listen to all my input and queries and gracefully responded too. He was well aware about the research on our characters and situations we were in. He made the shooting experience extremely memorable.

(FTM): Music plays a vital role in our films. Tell us something about it.

(MP): The songs of KDJ have all of my heart, I am so excited about the music. Each track is composed artfully and curated for that particular moment. There’s a love song, a dance number in fact every single song fits in beautifully. It truly is a musical journey; I can’t wait for everyone to experience it themselves.

(FTM): How do you see the scenario for independent film-makers in Pakistan?

(MP): It’s very unfortunate! Whenever a filmmaker attempts to make something out of the box, they have a millions of barriers ahead to cross. It’s high time that the government needs to empower them and their ideas. If we don’t have independent films, there’s a high chance we won’t have new storylines. Resultantly a lot of talent that comes through those films will be lost along the way.

(FTM): A film is usually judged by its box-office collections without bothering whether it’s really good or bad. Your comments.

(MP): Box office really matters; after all filmmaking is a business and financial aspects are extremely important. If our films make money only then it will be possible to produce more films. Having said that, one shouldn’t slack on the quality and content either. They both need to go hand in hand. I feel ‘good’ and ‘bad’ are subjective terms. For example, a film being made following the basic practices, professional ethics and it performs well commercially can be titled as a ‘good’ film even if it’s a chick flick genre.

(FTM): How do you deal with negativity on social media?

(MP): I usually choose not to respond to baseless accusations and criticism, however one has to understand that actors and people who are part of the spotlight are human beings too. Cyber bullying is a real issue in our society today. It is important to stand up for yourself and not tolerate any form of bullying. Being given the privilege of having people listening to what I have to say comes with a great responsibility of saying the right thing. If I stay silent, people who look up to me will also stay silent when they will face the same situation. At times, it’s important to set the record straight, or at the end of the day let the haters hate.

(FTM): On a parting note, tell us about your future projects?

(MP): Currently I have various ongoing project that are in different stages of development. I have had the pleasure of working in Yasir Hussain’s debut directorial drama ‘Koyal’ that will air soon from Aaj TV. I am really excited for this one to come out.

Kahay Dil Jidhar will release in cinemas all across on December 17, 2021. Watch the trailer here: