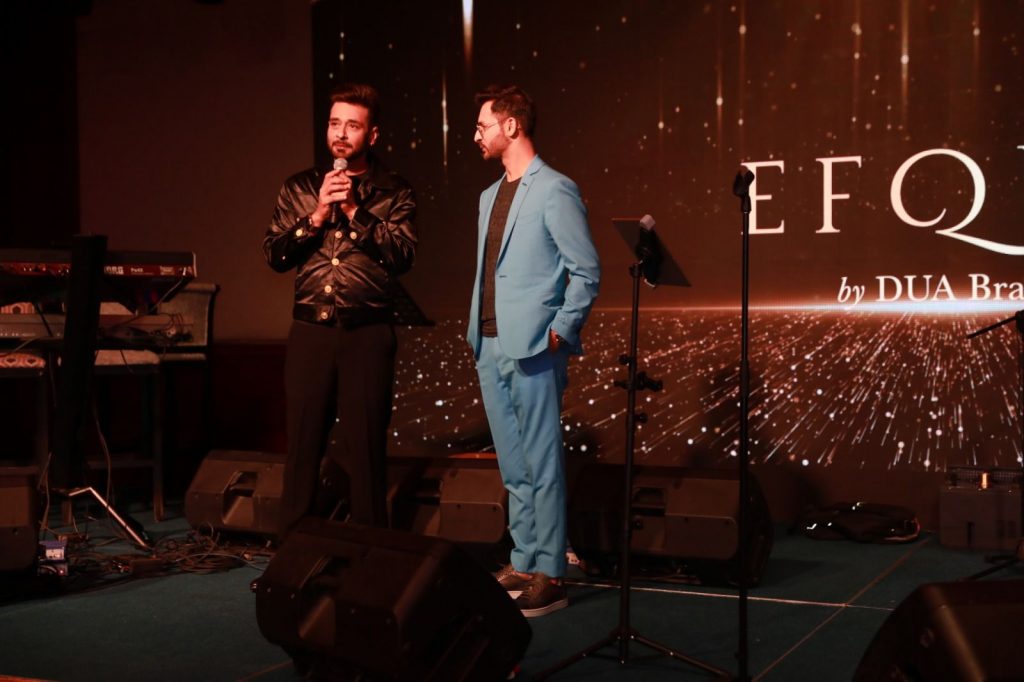 Ace actor Faysal Quraishi launched his latest fragrance line ‘EFQUE’ in collaboration with The Dua Brand on Friday, 29th October 2021 at Expo 2020, Dubai. The grand ceremony took place at the Dusit Thani Hotel in Dubai, UAE with an array of celebrities in attendance. Notable names from the media industry were present including, Yasir Hussain, Iqra Aziz, Aijaz Aslam, Naveed Raza amongst several others. Attendees included many people from different communities including the CEO of The Dua Brand, Mahsam Raza, a multitude of businessmen as well as esteemed UAE locals.


The grand launch event was a major hit as Faysal Quraishi and Mahsam Raza introduced all the perfumes, for men and women, to a close-knit audience. Their speech was followed by a small indoor concert and stand-up comedy show performed by Hisham Haddad. A media wall was also presented at the event where several A-listers expressed their enthusiasm over the majestic perfume line. All the fragrances were laid out for the attendees to experience and were presented for both genders. A special assortment of tables was organized followed by a gourmet dinner.

Faysal Quraishi, the world-renowned and award-winning Pakistani actor has partnered up with Mahsam Raza, CEO of Dua Fragrances to create a line of masterful perfumes for men and women. The fragrance line made its debut launch with four remarkable, high quality, and incredibly long-lasting scents named: Gracieuse, Mysterieux, Moelleuse, and Vigourex. All the fragrances are masterfully composed with the highest quality ingredients to bring out the richest essence of each and to appeal to all consumers. The collection holds promise and is said to be suitable for anyone looking to explore multiple categories of perfumes.

Faysal Quraishi is currently working on several other projects including his upcoming drama serial ‘Dil-e-Momin’ which has gained ample praise and is already one of the most highly anticipated series since its teaser was released. Other projects featuring the superstar are in the works but will be disclosed at a later date.