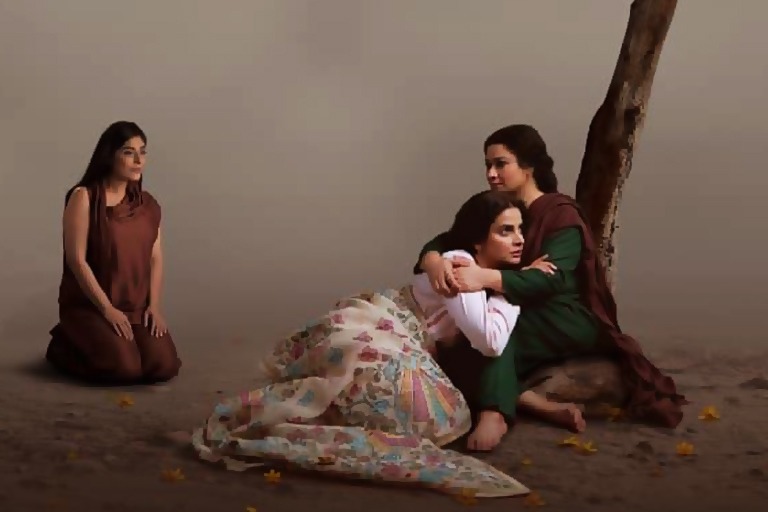 Saba Qamar starrer Kamli, an upcoming tale of love, loss and cloaked secrets is just a week away from its release. The buzz around the movie is increasing day by day. All thanks to the amazing trailer and mind-blowing music. Directed by Sarmad Khoosat, Kamli also stars Sania Saeed, Nimra Bucha, Omair Rana, Adeel Afzal, Iman Shahid, and is set to introduce Hamza Khawaja.

We at Fashion Times Magazine decode 5 reasons why the beautifully haunting film looks promising and deserves a watch in cinemas.

One of the main aspects that sets Kamli apart is the powerhouse performer Saba Qamar. She has been unafraid to experiment with her looks and roles. None of her past films are similar in tone or manner. With Kamli, the actress brings her best to the table. The audience will witness her in a never seen before avatar. There are several gems of scenes in the trailer where her eyes speak volumes in silence. It will be surely a treat to watch her act as Hina, an entangled dreamer, yearning to break free.

Over the years Khoosat has become an integral part of the cinematic evolution in Pakistan with his art of storytelling. Following the critical praise for his previous film ‘Manto’, which also featured Saba Qamar, Sania Saeed and Nimra Bucha, filmmaker Sarmad Khoosat aims to deliver a unique narrative withKamli. His greatness resides in the fact that without the central characters verbally confronting each other in the trailer, the audience is greatly intrigued and invested in the narrative. If the subject is handled well, Kamli will surely break new grounds in storytelling and budge filmmakers to experiment with bolder and riskier content for the big screen.

The cast has excelled themselves. Apart from Saba, the film also features Nimra Bucha, Sania Saeed, Omair Rana among others. Even though some of the cast appear to be supporting cast, but their presence felt is undeniable. If you’ve seen the trailer, you’ll know that Sania, Nimra and Omair’s acting is one of the film’s most notable features and own the screen anytime they appear.

One thing about Kamli is straight-up clear. The music is amazing, versatile and alive. Saad Sultan, churns out some great tunes with this one and the lyrics are soul-stirring. Sohail Shahzad, Zenab Fatimah, Zeb Bangash and Amna Rahi’s vocals come across as experimental, fresh and uplifting. The album has already hit the right chord with the audience.

It is no secret that the film industry of Pakistan lost its mojo due to the Covid-19 pandemic as theatres were closed to avoid large crowds. Kamli with its unique storytelling, compelling performances and magical directions by Khoosat may have just about enough entertainment to offer a solid big-screen experience and help the industry bounce back.