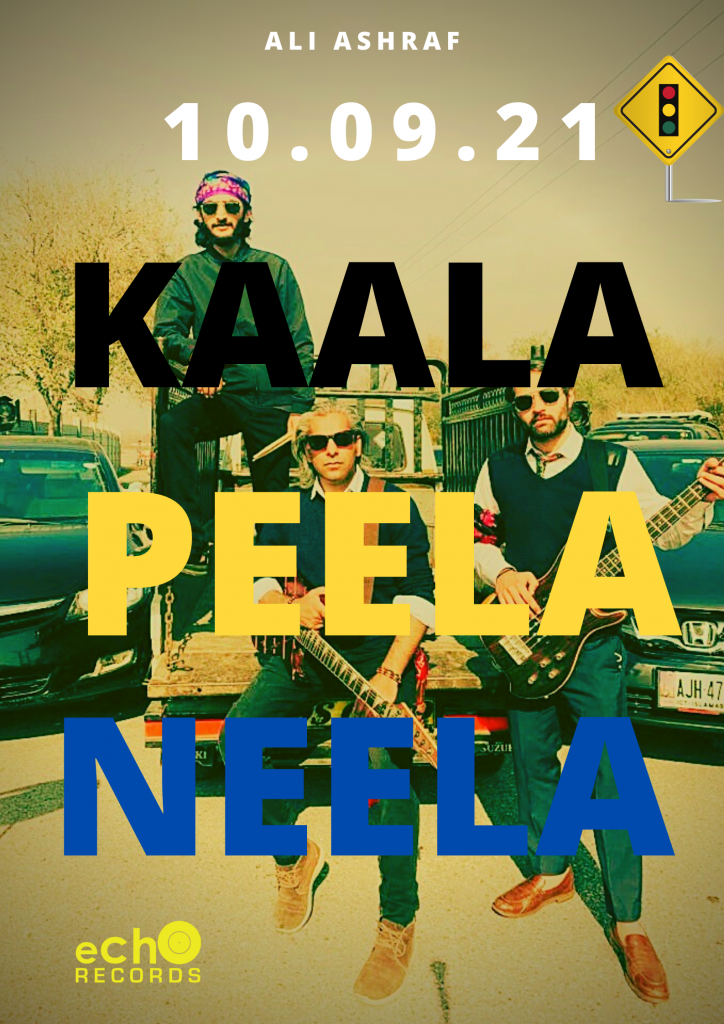 Kaala Peela Neela, Directed by Balach Ayub, the video shows the band playing a rock and roll number while stuck in a traffic jam. Ali Ashraf plays the character of an average Pappu executive trying to maneuver his way out of the traffic jam and bumping in to the rear end of a typical Wadaira sitting in his jeep. The Wadaira steps out angry, calling Ali out who tries to apologize to no avail. This leads to the Wadaira shoving him and Ali loses it too. A fight ensues in the middle of the traffic jam. The fight however is amusing where the two are engaged in a thumb wrestling match rather than throwing punches. Meanwhile the rest of the passengers of the traffic jam, along with vendors, partake in the fight through a wager. Towards the end of the fight, you see everyone losing their cool.

“Every day we all suffer traffic jams and rush hours that really get to us and affect our mental health. With Kaala Peela Neela we just wanted to channelize this daily grind in to a satirical expression”, explains Ali Ashraf.

The message of the song and video is pretty clear – road rage is a real issue and we should all check ourselves before we loose our cool.