‘I have given it my all’: Hania Aamir on Sang-e-Mah and Mere Humsafar 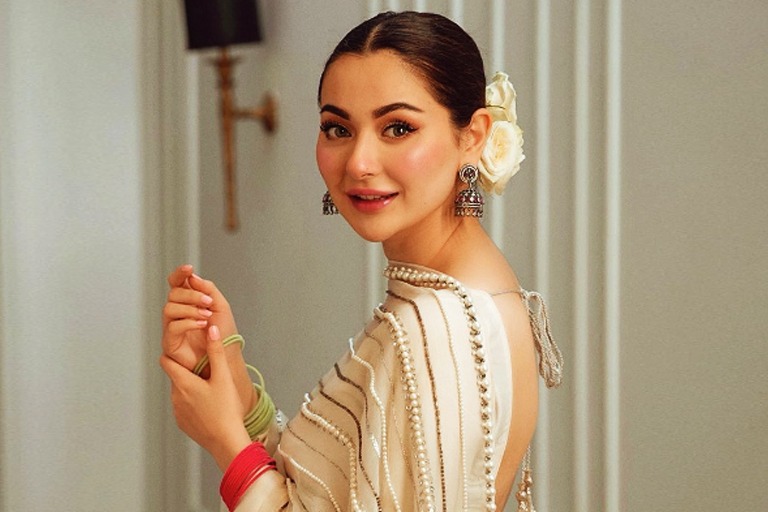 The amazingly talented Hania Aamir needs no introduction. We saw a glimpse of her acting abilities in her debut film Janaan and since then there was no looking back for her. Hania went on to establish herself as a household name with her noteworthy emotionally intense performances in drama serials like Mujhe Jeene Do, Phir Wohi Mohabbat, Visaal, Anna, Ishqiya, Dilruba, Sang-e-Mah, and the recent blockbuster Mere Humsafar. She has carved a niche in the industry entirely on her own terms. In a recent interview at a digital talk show, Hania spoke passionately about her journey.

Excerpts from the interview…

Hania’s parents parted ways when she was just 11 years old. Resultantly she moved to many cities and changed schools. She also lived and studied in Abbottabad for three years. This mobility made her confident and made her strong to confront people from all walks of life.

Her favorite film is Bollywood’s ‘Om Shanti Om’. As a child, she recreated some scenes from the film that her cousin recorded with a handycam.

Hania used to make dub smash videos for social media. One of her videos caught producer Imran Raza Kazmi’s attention and he offered her Janaan. She was paid PKR 1 lakh for the film.

Her extended family wasn’t supportive of her decision to join showbiz. The relationships heated up and Hania decided to support her mother and sister on her own.  Hania has been running two houses since she was 18.

Being an outsider, Hania didn’t go through a struggle phase as she was in safe hands. She had good mentors that guided her all the way and didn’t let her fall into bad hands. Hania also said it’s unfortunate that senior actors in the industry don’t own the responsibility to guide newcomers.

Hania feels that Ishqiya was the game changer for her that made the viewers and industry take notice of her talent.  She believed that her character ‘Roomi’ was close to her personality which kind of helped to play it with conviction.

She was vocal about the social media façade she had to go through over the years. In spite of blaming others, she accepted her own mistake and moved away from it. She wants to get known for her craft and skills.

Post the criticism faced on social media, Hania decided to give it all to her work. She mastered her accent for Sang-e-Mah and then Mere Humsafar happened. These projects embarked a different kind of journey and path for her.

The extended Run of Mere Humsafar

The ongoing Mere Humsafar is a huge hit, but its extended episodes at times get annoying. Hania said that they are still shooting for the play; because of a huge cast, it’s difficult to get the dates to bring all of them in one frame. Also, the slow-motion romantic sequences between Hamza and Hala also result in the long duration.

She cracks jokes with family and friends making sure that people shall enjoy every moment when she is around. On the contrary, she is a robot who can judge the worst-case scenario of a situation and optimistically find a solution for it.

Hania is scared of dating

Hania feels the person you like the most should be kept close to your heart and should not be disclosed to anyone.