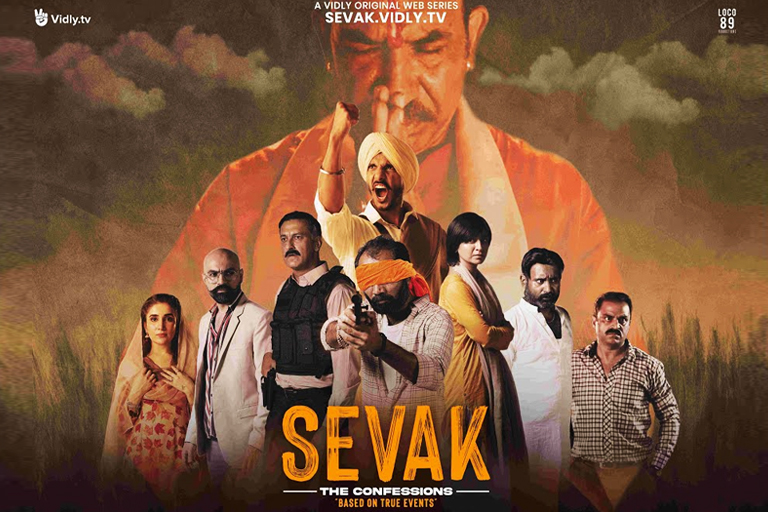 The Government of India has banned Pakistan-based OTT Platform Vidly TV after the streaming of the web series “Sevak: The Confessions”, reported NDTV. The Hindu extremist are fuming that ‘Sevak’ has disgraced the image of India and Hindus.

The series is built on eight stories woven around a crime and is based on true events. The plot of Sevak shows Hindu saints as criminals. Sevak depicts many important events like the anti-Sikh riots that took place after the murder of the then PM Indira Gandhi, the Gujarat riots in 2002, Operation Blue Star and its aftermath and the Babri Masjid controversy at Ayodhya. It also sheds light at the head of the anti-terrorist squad in Maharashtra Hemant Karkare, Samjhauta Express blasts, the inter-state river water dispute related to the Sutlej Yamuna Link canal, etc.

This Isn’t The First Time

In June 2021, India banned 59 Chinese mobile applications including widely-used social media platforms such as TikTok, WeChat, and Helo keeping in view the threat to the nation’s sovereignty and security.

“Nothing is what it seems as the race is on to seek the truth from a dark web woven of terror and deceit,” the synopsis of Sevak on IMDb read. The web series stars Mohsin Abbas Haider, Hajra Yamin, Nazarul Hassan, Nayyer Ejaz, Adnan Jaffar among others. The series is brought to life by the legendary writer Saji Gul and renowned director Anjum Shahzad.

One of the lead actors of Sevak, Mohsin Abbas Haider exclusively spoke to Fashion Times Magazine and said, “It was disheartening to see Sevak getting banned. Suppressing the freedom of speech won’t change the reality. Sevak isn’t a fictional story; the premise is based on true events that are well-researched and written by Saji Gul. Also, it has inputs from high officials. Pakistan is a peace-loving nation and we don’t have hatred toward the people of India. Having said that one can’t deny but face the truth. Our neighbors have been vocal and portrayed Pakistan in a negative light on various occasions. So why not Indians should go through their own history? It was their responsibility to state facts and showcase the real picture, but anyhow we took the initiative.”

In the Words of Writer Saji Gul

In an exclusive chat with Arab News, Sevak’s writer Saji Gul said he wrote the series because of his personal interest in the history of the subcontinent and issues surrounding Pakistan’s neighboring country, India. “Online platforms allow for creative liberty, television does not, this is the reason [I] was inclined to write a script on the subject at hand.” he said.

As they say, ‘the truth is always bitter’ and the Indian always find it difficult to digest. Let the Hindu extremists plan conspiracies against Pakistan, meanwhile, you can watch Sevak on YouTube.