Here’s what you should watch on Netflix in August 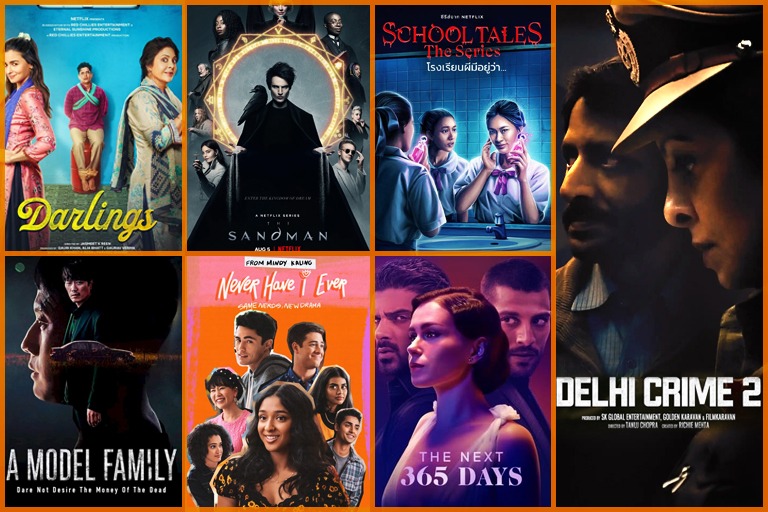 Fashion Times Magazine brings you a round-up of what’s new on Netflix in August. We will guide you with an interesting mix of thrillers, romantic dramas, and docu-dramas in the offing. Read on…

Badru (Alia Bhatt) a strong-minded woman, and her mother decide to take matters into her own hands when it comes to Badru’s husband Hamza (Vijay Varma). What follows next is a hilarious comedy jo thodi dark hain!

There is another world that waits for all of us when we close our eyes and sleep, a place called the Dreaming, where The Sandman, Master of Dreams (Tom Sturridge), gives shape to all of our deepest fears and fantasies. It follows Morpheus aka Dream’s journey towards restoring power and order in his kingdom of Dreaming. The 10-chapter series is led by Tom Sturridge, and also stars Gwendoline Christie, Vivienne Acheampong, Boyd Holbrook, Charles Dance, Asim Chaudhry and Sanjeev Bhaskar.

Prepare to face a new kind of fear. During the day, the school belongs to the students. But at night, it’s a different story. A girl jumping to her death; a haunted library; canteen food made from human flesh; a headless ghost in the school warehouse; a devil-infested room; a vengeful demon in an abandoned building; and a classroom where only dead students attend class. Eight horrifying comics stories have been adapted into an 8-episode series that will scare everyone off the school ground at night.

After unwittingly stealing money from a cartel, a cash-strapped professor finds the only way to save his broken family is by working as a drug courier. He did it all for his family… When a model citizen makes a dangerous deal, the whole family gets in trouble.

The trailer of the third season suggests that this time around the life of Devi and her friends would be far more chaotic than the previous two seasons. In Season 3 of the coming-of-age comedy Never Have I Ever, Indian American teenager Devi (Maitreyi Ramakrishnan) continues to deal with the everyday pressures of high school and drama at home, while also navigating new romantic relationships.

In the last part of the popular movie, Laura and Massimo reunite as a couple for a new beginning, though it gets complicated by Massimo’s family ties and a mysterious man who enters Laura’s life. This fresh sequel will bring answers to all your burning questions and what lies ahead.

After the first intriguing season, Netflix has brought back its critically-acclaimed series Delhi Crime. An ominous gang, a city in panic. Is DCP Vartika and her squad prepared for the chaos to come? DCP Vartika has moved on to another crucial case with her team which includes newly promoted Neeti Singh (Rasika Duggal) and Vartika’s right-hand man Bhupendra Singh aka Bhupi (Rajesh Tailang).

Which one will you be watching? Comment in the section below