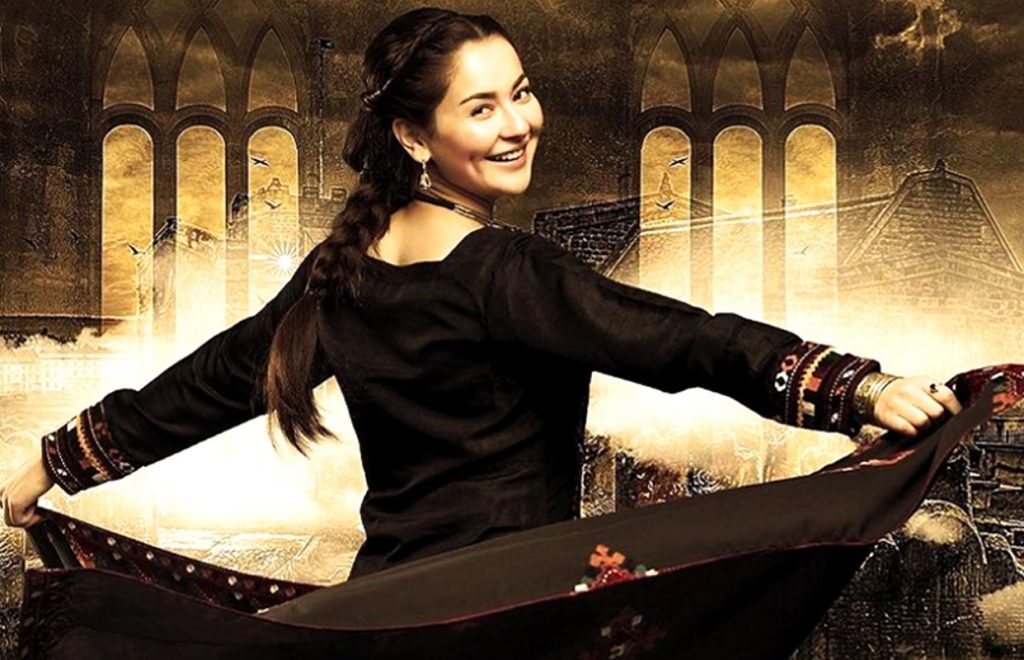 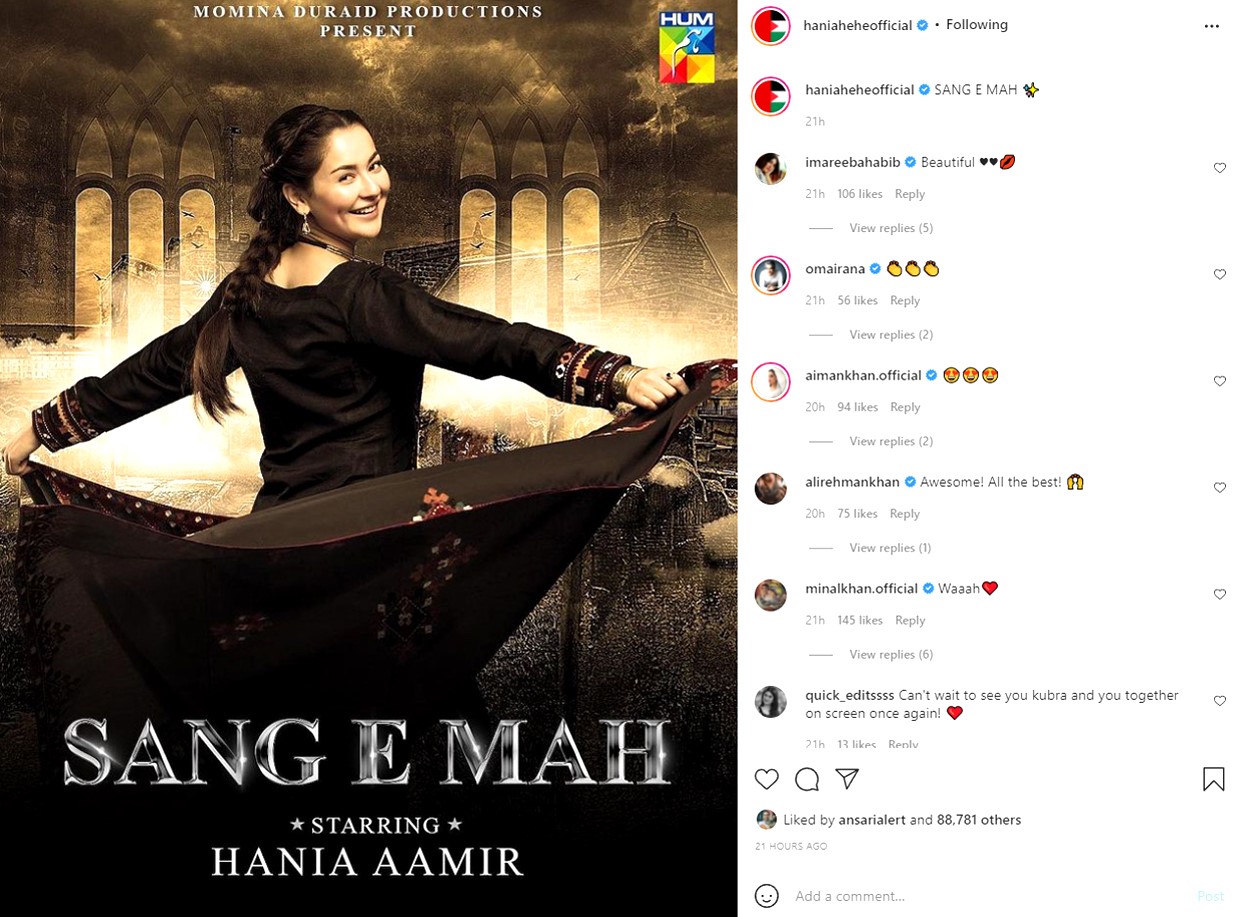 For the unversed, ‘Sang-e-Mah’ is a trilogy to the superhit Sang-e-Mar-Mar that aired on HUM TV in 2016. The play due to its amazing cast and different plot turned out to be a success.

Director Saifee Hassan talked about the drama, “Sang-e-Mah is a different kind of project, such project has not been released in Pakistan till date. The storyline is quite different from other projects. The story is based on Pakhtoon family issues, one of their inappropriate and odd tradition of forced marriage which is still being practiced.”

Actor Nauman Ijaz took to his Instagram and shared his first look, he said “All my prayers for the entire team of Sang E Mah.” 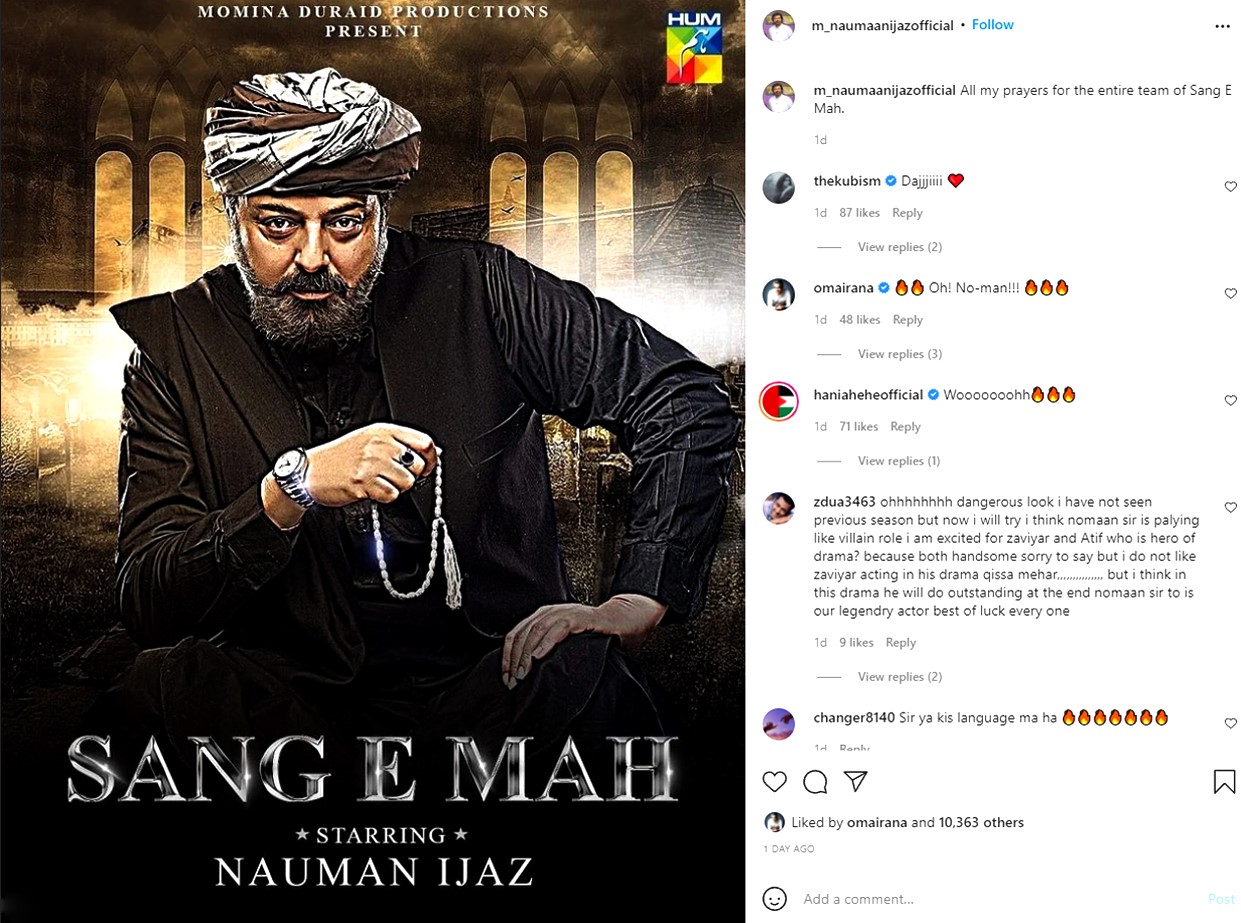 The updates regarding the project have started to pour in. Earlier the music sensation Atif Aslam confirmed in a video that he is making his TV debut with ‘Sang-e-Mah.’

Some behind-the-scenes pictures have been popular on social media that has increased our excitement around the upcoming drama. 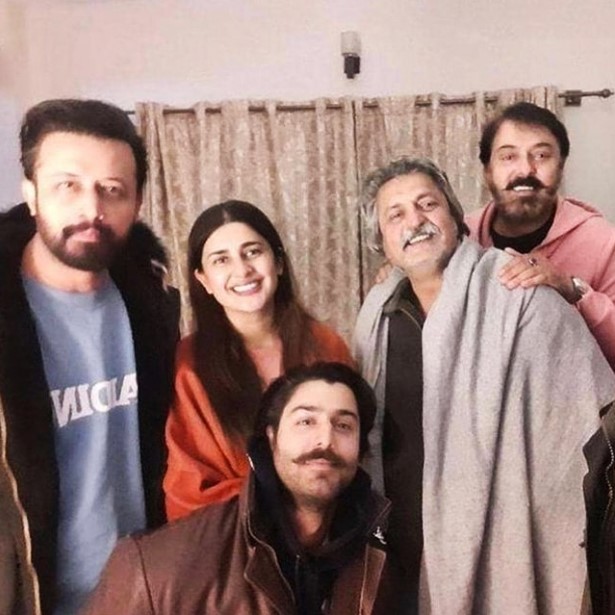 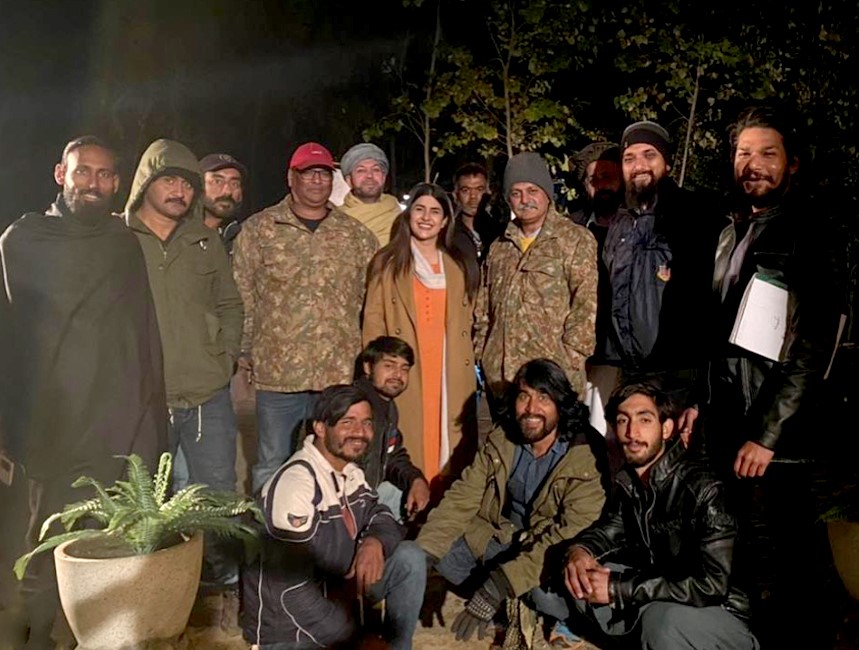 Hania Aamir has carved a niche for herself in the industry with some power-packed performances and characters in drama serials like Naila in Titli, Romaisa in Ishqiya, Sanam in Dilruba and Daneen in Ana, and more to her credit. Apart from ‘Sang-e-Mah’, Hania Aamir has a big feature film ‘Parde Mein Rehne Do’ ready for release.