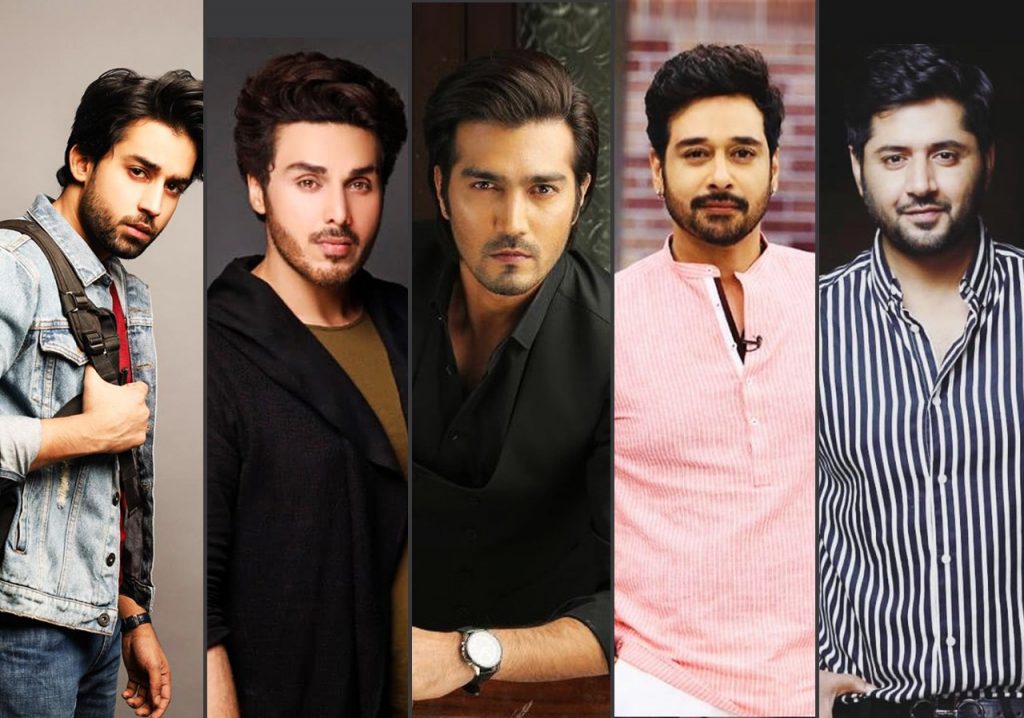 2021 gave us some phenomenal Best Pakistani Actors performances to rejuvenate. Some actors hit the ball out of the park with their effortless performances. They brought their characters alive and outshone in their respective projects. So, let’s go down memory lane and pick the best 5 actors who ruled our hearts in the first half of the year.

It wouldn’t be wrong to call Imran Ashraf a method actor. He is one actor from the current generation who does everything perfectly. He acts, yes, he does! Imran’s passion for his craft is known to all with the diverse choices he makes. He has time and again proved that he is not just about (Bhola). Look at his astonishing range; the actor donned different avatars every time he appeared on screen; be it Zaid from Jaal, Rehan Chaudhry from Inkaar, Zeeshan from Kahin Deep Jalay, Adam from Mushk to Moosa from Raqs-e-Bismil. Is there any character he can’t play?

In ‘Raqs-e-Bismil’, he played (Moosa) a true gentleman who stands rock solid for his lady love despite knowing her background. Moosa depicted poise and elegance bringing his charm to a layered character, brimming emotions, and passion for what it means to be in love. Watching (Moosa) in ‘Raqs-e-Bismil’ was like seeing a portrait being done.

One can’t ignore the star power of Faysal Qureshi. The actor impressed one and all with his stellar act in ‘Fitoor’. He silenced his critics; and proved that class is permanent. Viewers were mesmerized by Qureshi’s portrayal as (Haider) giving us a wholesome sense of a multi-layered character; from being dumped by his girlfriend to a mature husband, his wonderfully calibrated performance was pitch-perfect. The actor made a meal of his part; his smoldering eyes emoted effortlessly. The dilemma of emotional turmoil was brilliantly displayed by Faysal in ‘Fitoor’.

Shehzad Sheikh is the dark horse of the showbiz industry. His strong acting chops and magnetic presence in ‘Phaans’ made him stand out. Portraying the role of (Sahil) an individual suffering from Down Syndrome was quite challenging. Stealing the show in almost every scene and that too in a multi starrer is no mean achievement. Also, his on-screen chemistry with Zara Noor Abbas was organic. Shutting down all the accusations of nepotism, Shehzad was excellent, sincere, and showed immense growth as an actor.

The talented actor stunned the viewers by playing (Haider Nawaz) in ‘Dunk’. His portrayal of a flawed and immature young man trying to sustain in severe moral crisis was unanimously praised by viewers and critics alike. Without the use of the conventional over-the-top dialogues, lavish apparel, and macho look; he stunned in every single frame. Just five years into the business and look at his wide range of playing diversified characters. The triumph of ‘Dunk’ successfully puts Bilal in the league of the next level of actors.

He doesn’t need to try hard; his presence in a project is enough to get success followed by the highest TRP’s. Ahsan is like old wine, getting better with age. In ‘Qayamat’ viewers were amazed by the way Khan portrayed the complex character of a misogynist (Rashid) that left a huge impact all across. With such powerful acts, he proves that he is an actor for all seasons.