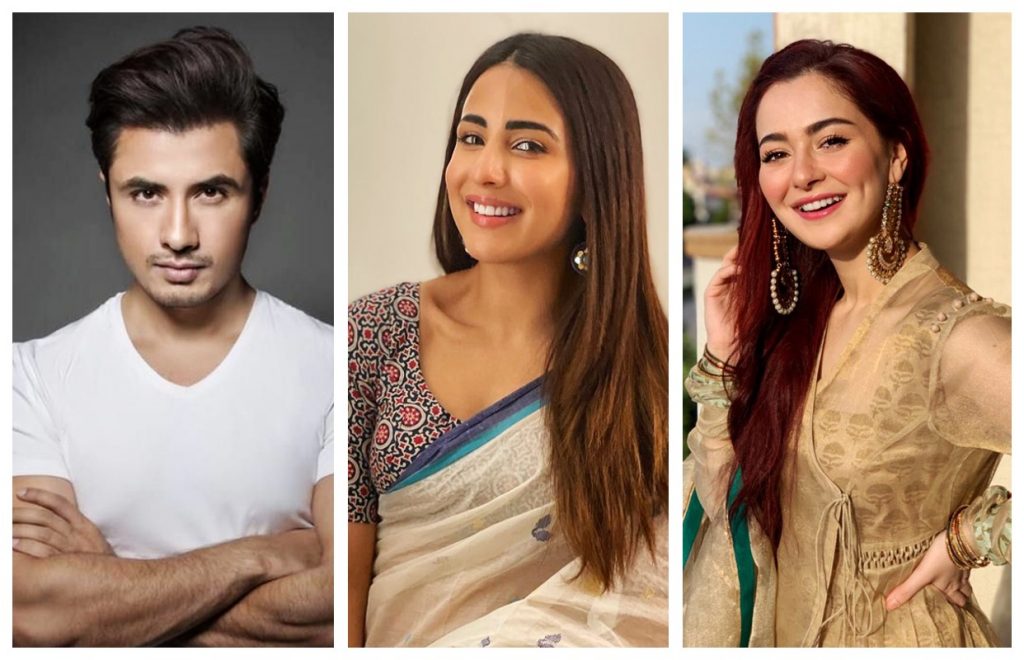 The entertainment industry of Pakistan went gaga when singer Arooj Aftab became the first female artist from Pakistan to bag two Grammy Nominations at the 64th Grammy Awards 2022. Aftab was nominated in the music category as ‘Best New Artist’ and ‘Best Global Music Performance’ for her song ‘Mohabbat’. The highest honors in the music industry will be handed out at a ceremony in Los Angeles on January 31.


Listen to the track ‘Mohabbat’ here:


In a post shared by Arooj, the ‘Mohabbat’ singer write, “This is the most romantic thing that has ever happened in my crazy love affair with music.” I give thanks to those who came before me, and to the incredible community of collaborators for being present with me on this record. Gratitude! 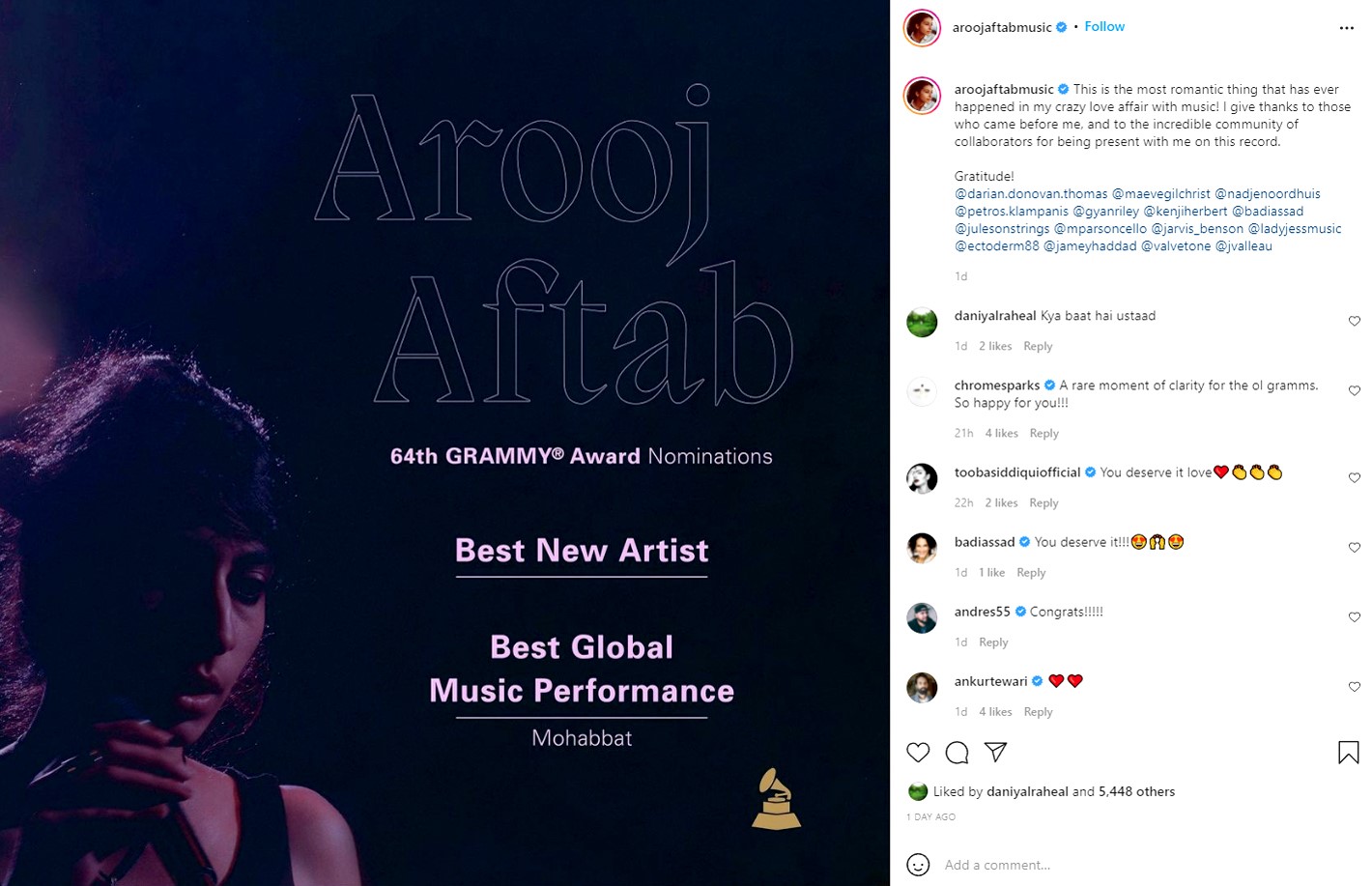 In another post Arooj was optimistic to bring the gold gramophones home, she wrote “2X GRAMMY NOMS. I was screaming at the tv on BEST GLOBAL PERFORMANCE … and then BEST NEW ARTIST brought me to tears man. Recording academy this is a moment for me for sure. I have loved being a silhouette, just making music that feels honest and personal, with people around me who get it. Real cosmic magic happens when we start living our absolute truth, no matter the odds. This recognition feels so good, I don’t even know what else to say.” 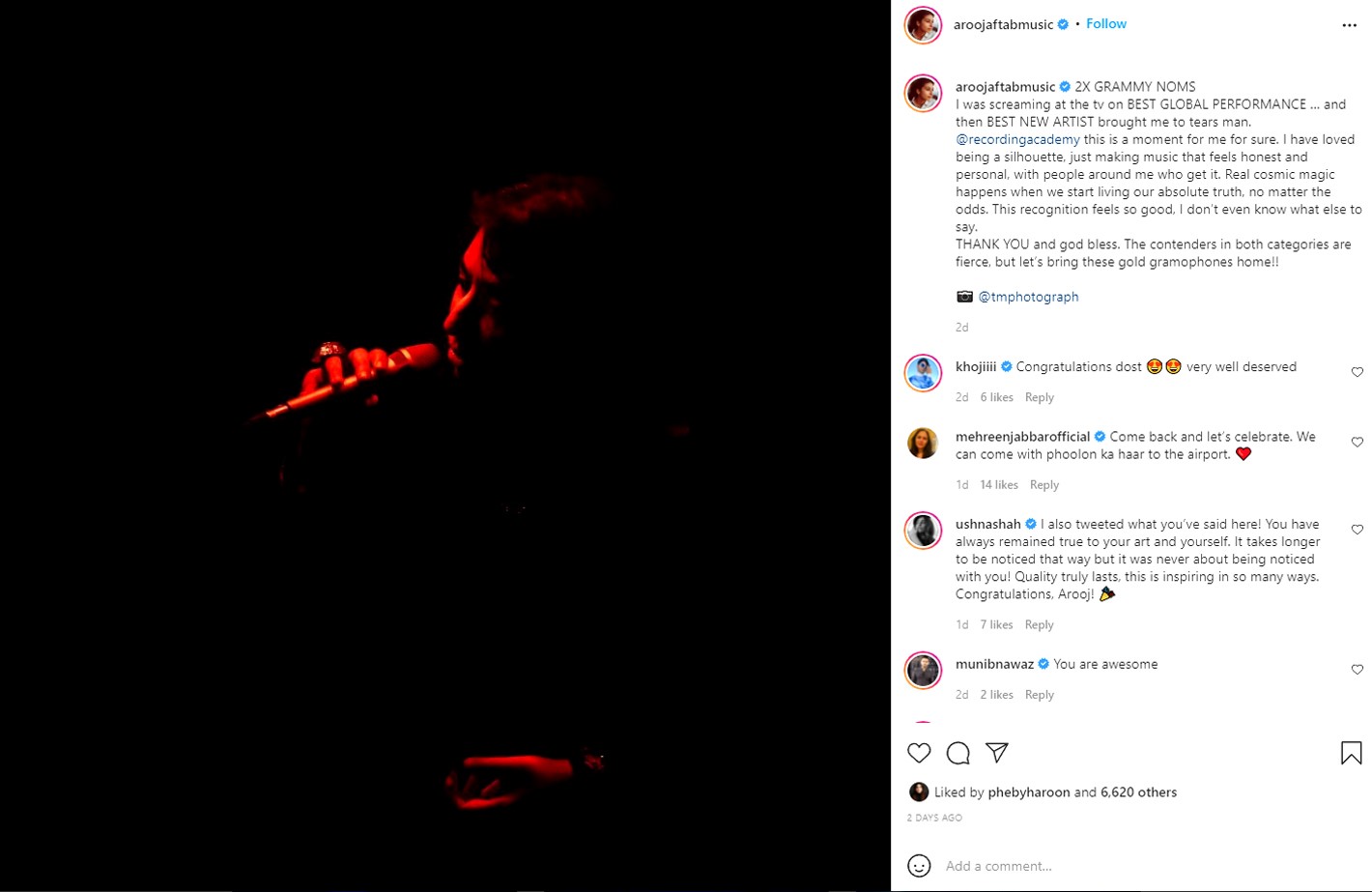 She concluded the post and wrote, “THANK YOU and god bless. The contenders in both categories are fierce, but let’s bring these gold gramophones home.” 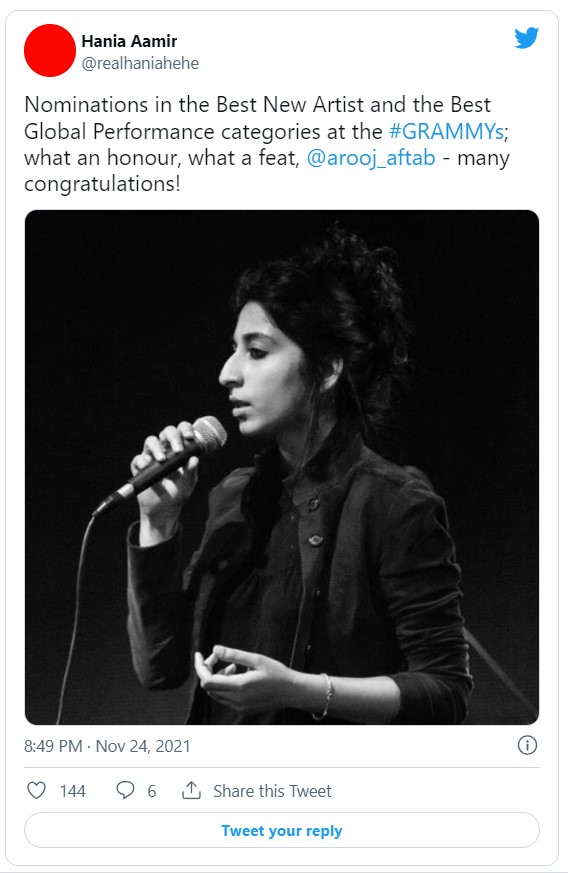 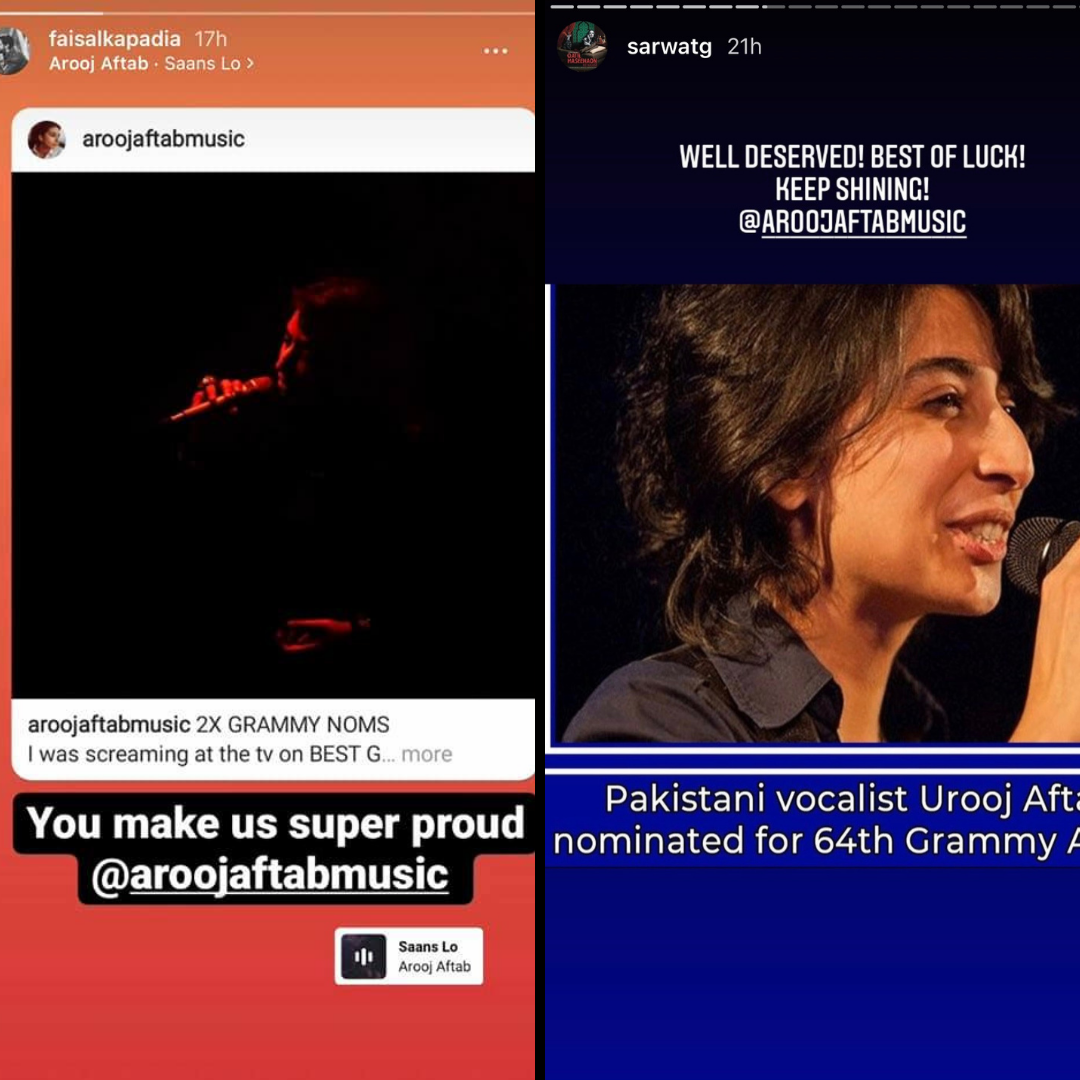 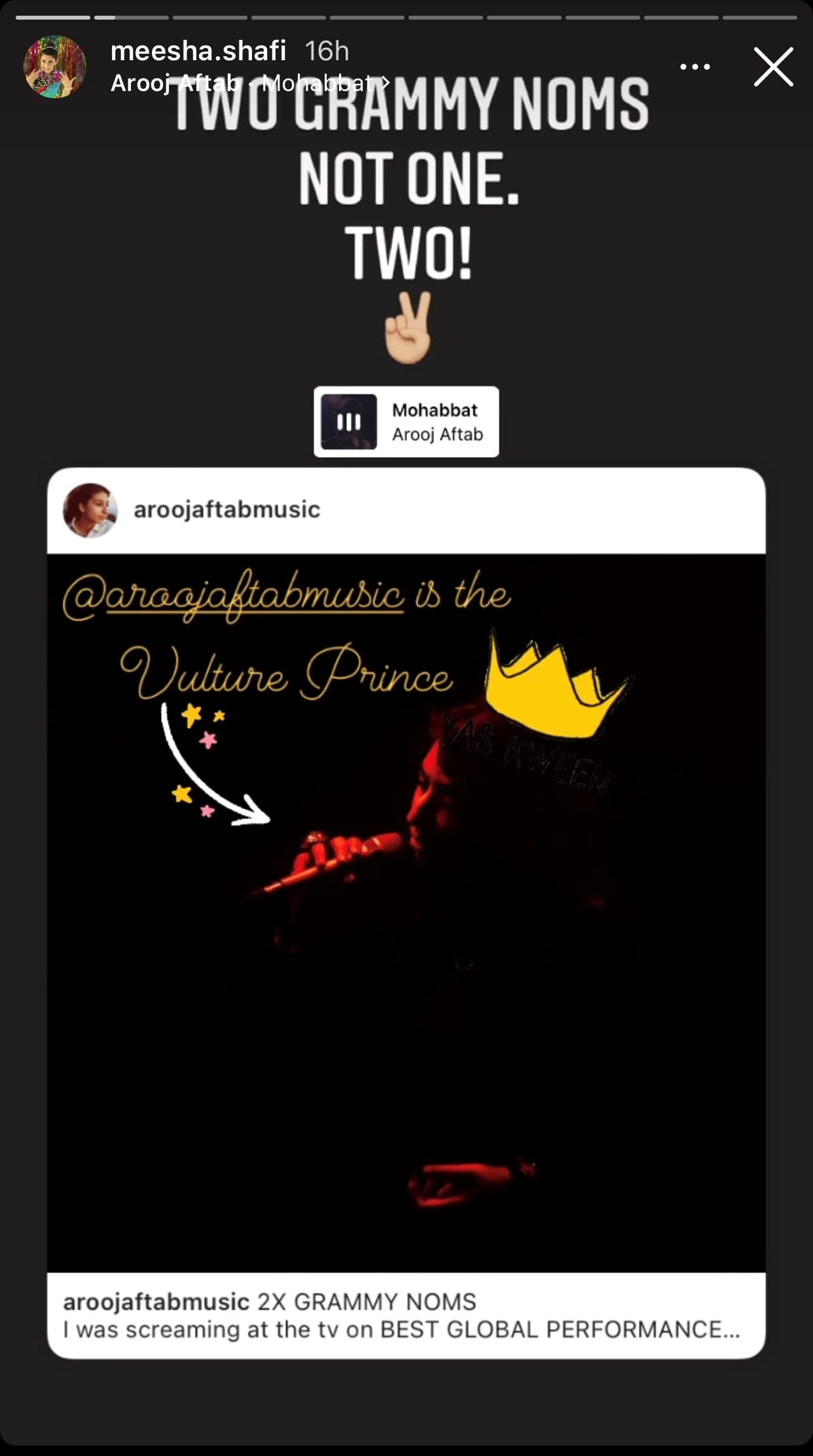 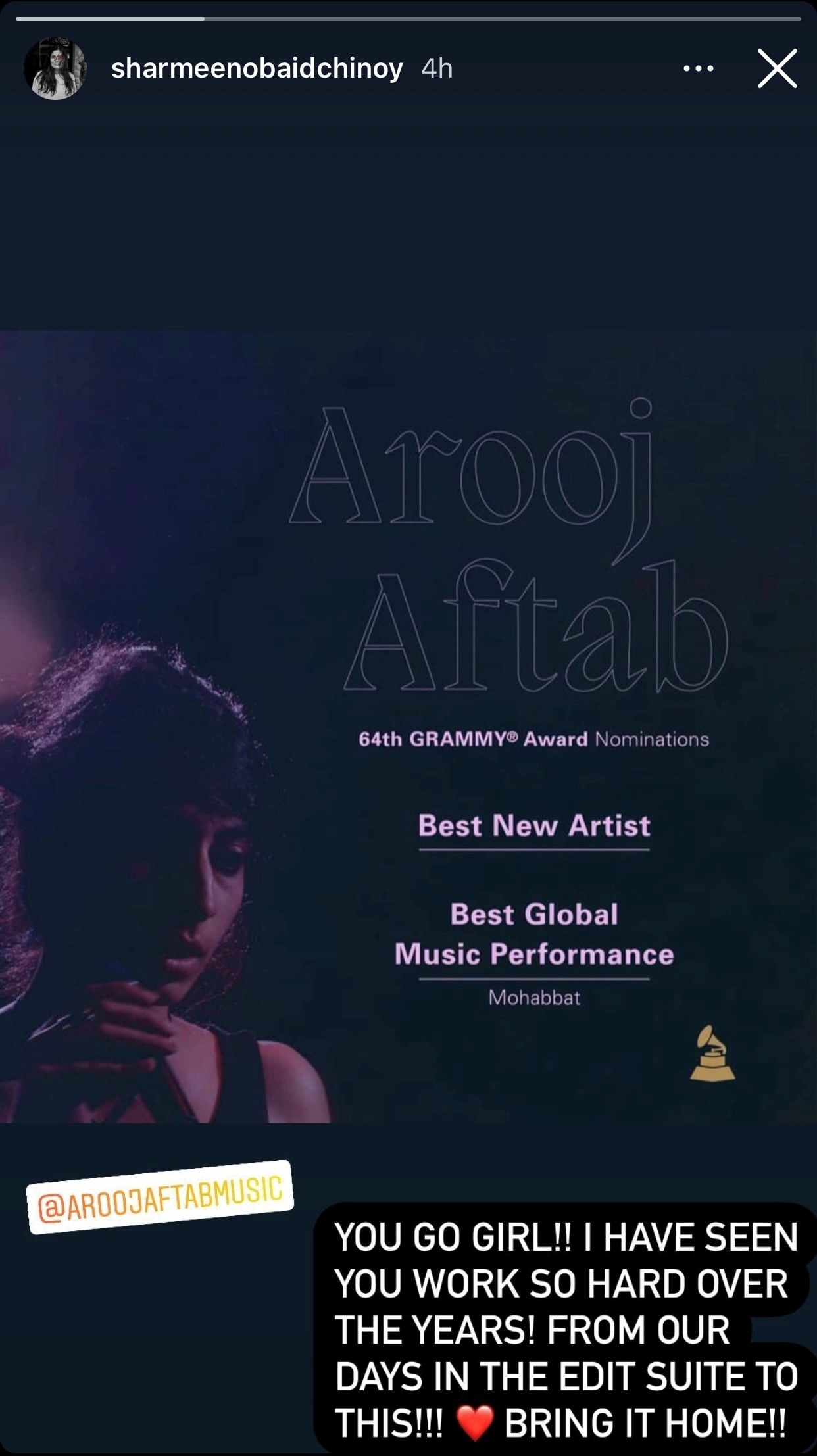 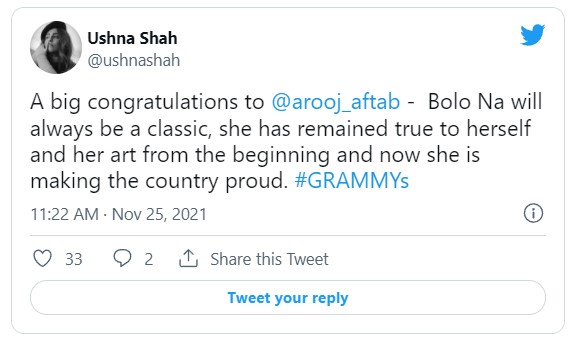 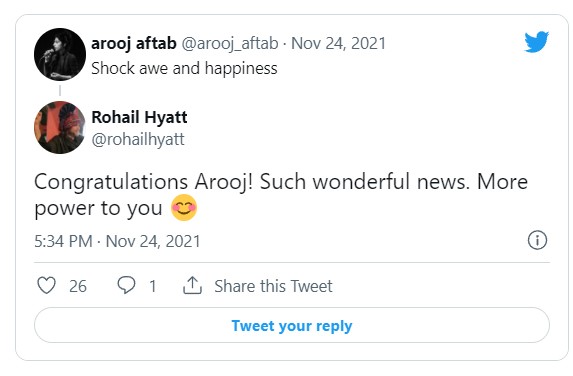 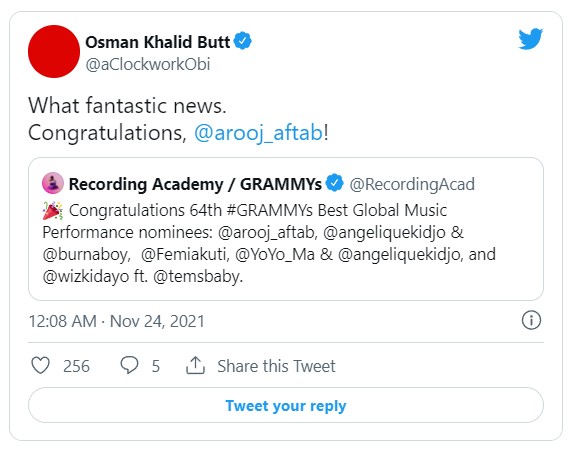 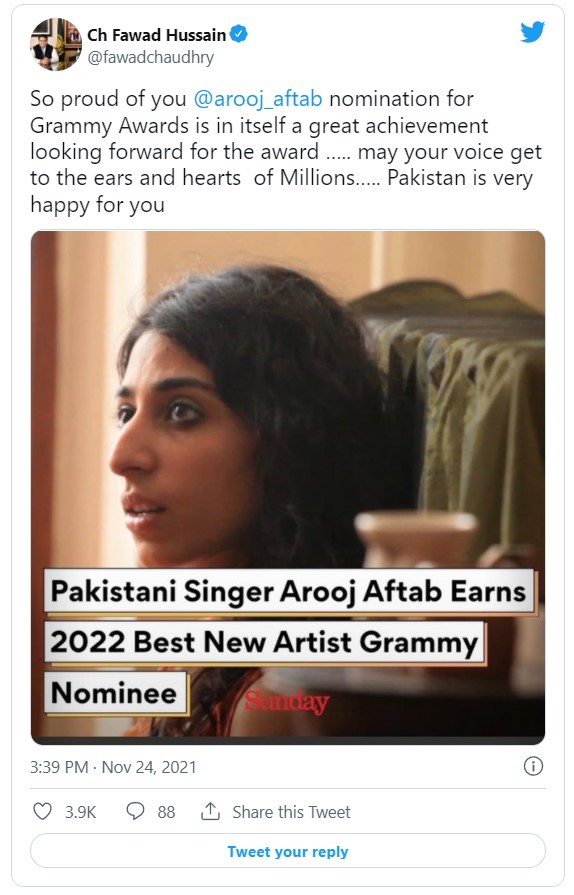 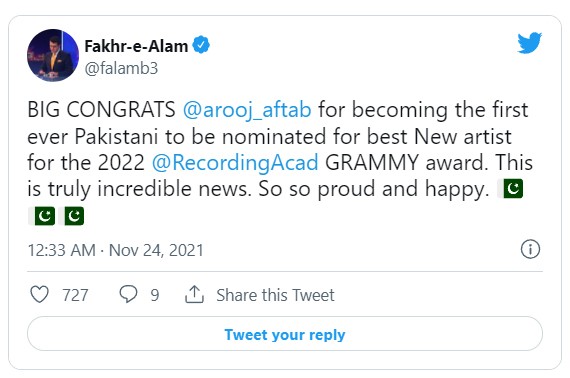 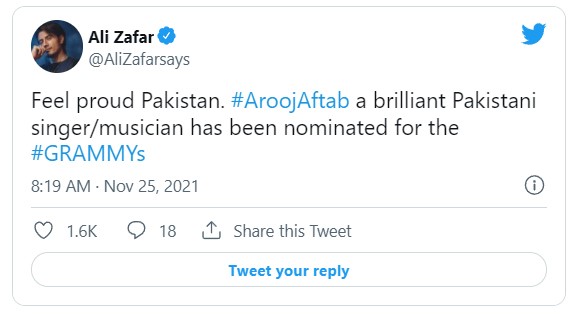 We at Fashion Times Magazine congratulate Arooj Aftab on this big achievement. We hope that she wins the award too.