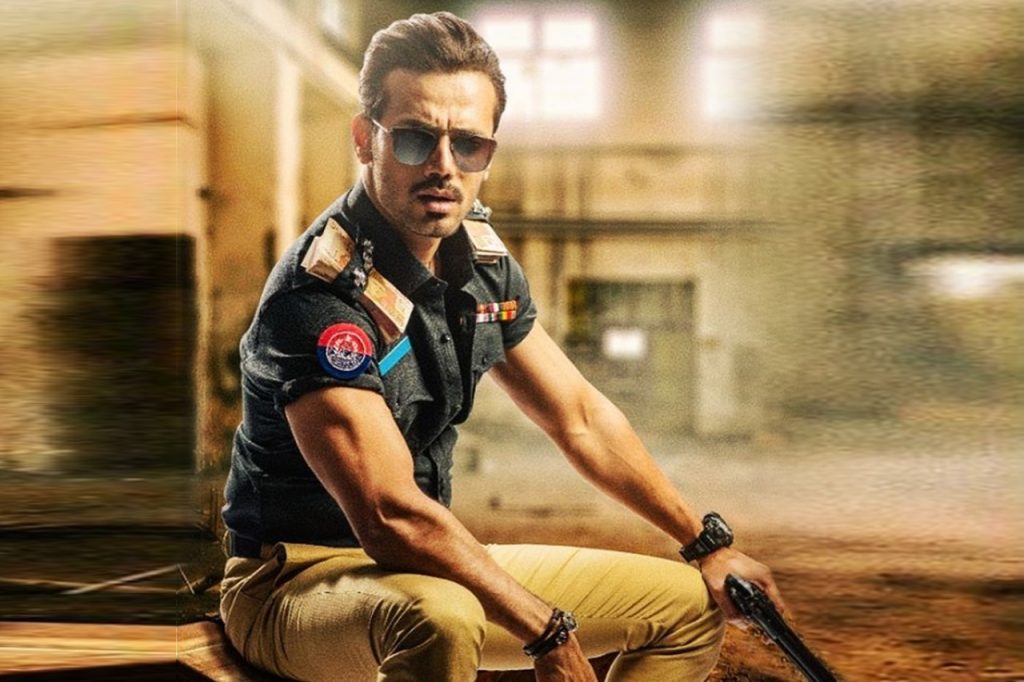 Not much remains to be said about Zahid Ahmed’s choice of work. He has built a career out of accepting brave, unusual, and relevant subjects. After conquering the television medium, the talented actor gears up to mesmerize the audiences with his grand big screen debut film ‘GhabranaNahiHai’. The trailer has already generated a great buzz, seems as if Zahid’s charm will surely pull crowds to theatres. We at Fashion Times Magazine spoke to him to get some exciting insights about the film. Read on…

Fashion Times Magazine (FTM): Theatres have opened across the country and your debut film is all set for a grand Eid release. An exhilarating moment, isn’t it? Nervous or Excited?

Zahid Ahmed (ZA): It’s good to see theaters reopening, it’s an exciting moment for the entire fraternity. I remember we already had a great momentum before COVID and now when multiple films are ready to entertain the audiences, so yeah, I am super excited.

(FTM): Tell us the kind of pressure you are facing in making a highly anticipated debut.

(ZA):No! I am not under any kind of pressure. All I can say is that I loved the script and my costars from GhabranaNahiHai. I am really looking forward to it.

(FTM): GhabranaNahiHai… what appealed to you about it?

(ZA):I must say that after a very long time, I came across a story that was extremely well written. There wasn’t any bit of drag or boring element. GhabranaNahiHai is completely plot-driven and maintains the momentum throughout and not even once gets off track. This is a rare quality that you don’t find in Pakistani cinema. Therefore, I didn’t take much time to decide and signed the dotted line.

(FTM): How did you prepare yourself to play a cop? Did you do any research to make it look relatable and real?

(ZA):There are certain roles where you need to research, but in the case of GhabranaNahiHai, I just had to look around the society and there was ample inspiration. Sad, but true, all through our life we have seen how our police operates and are portrayed on screen. My character ‘Sikander’ is a corrupt cop, all I had to do was to delve deep inside myself and explore the most corrupt aspect of my personality (chuckles). Having said that, my character has his journey, and then he eventually transits.

(FTM): Your last prominent outing with Saba Qamar‘Besharam’ was a smashing hit. How was it having her again as your costar?

(ZA):Teaming up with Saba Qamar has always been a delight. Our chemistry is off the charts and the audience receives our combination very well. This particular aspect will work in our favor big time in order to pull the crowds to theatres. It’s a strong point for us that other films don’t have.

(FTM): What according to you is the USP of the film?

(ZA):GhabranaNahiHai is a nonstop, clean entertainer that the audience can watch with their families without any hesitation or embarrassment.

(FTM): Due to the pandemic, the film went through several delays. Any BTS moment that’s special?

(ZA):When the film started, I had shot for two days with my body physique transformed according to my character. And then COVID happened. So, after a long break of eight months, the sets were put again. When you’ll see the film, you’ll notice that there is a major continuity jump in my character from the first scene and the rest of the film.

We daily had fun on the sets of GhabranaNahiHai. Our trio (me, Saba, and Jibran) were a great combination. There weren’t any ego issues, no tantrums. The fact that the film went through a difficult phase; so when the shoot resumed post-COVID there was this strange pressure that whoever is available shall do the film, if not then they may leave. And who would want to leave a big project? Eventually, our trio stood by Saqib (director) and said GhabranaNahiHai. The film is very special and we have great memories. We have put in our willpower, effort, dedication, and sheer hard work to complete the project.

(FTM): What drives Zahid Ahmed? What makes you wake up and want to work so hard every day?

(ZA):I would say the opportunity to be in this life where I get to play so many different people, which at times helps to aspire others. Actors live a very difficult and different life, we have to work continuously so the rewards are also different. But the love and respect of people every day motivates me to a huge extent.

(FTM): Lastly, tell us about your future endeavors

(ZA):I have lots of exciting projects in the pipeline. For TV, I am recording two projects with an upcoming new channel ‘Green’. The first is titled ‘one hundred and one divorces’ and the second is ‘The Idiot’. The plot is unique and I play the central character in both the projects. Also, it’s been a while since I haven’t teamed up with ARY and HUM TV, so I am planning to work with them as well.

GhabranaNahiHai releases this Eid-ul-Fitr. You can watch the trailer here: