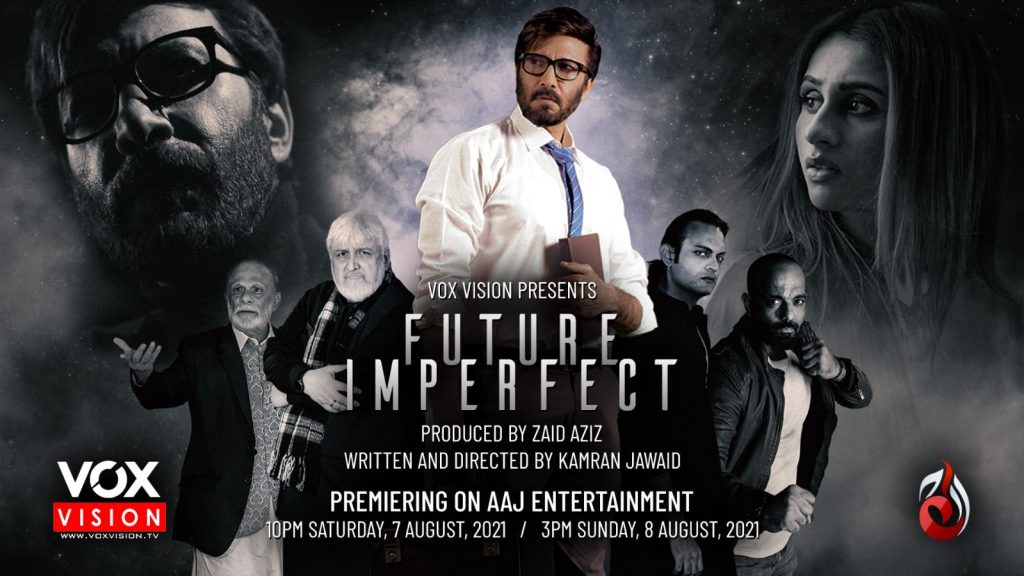 Do you love the feeling of high tension, crazy suspense, and unmissable action? Well, we have you covered! It’s time to treat yourself to this amazing suspense thriller that is sure to keep you at the edge of your seat. The trailer of Aijaz Aslam’s upcoming film ‘Future Imperfect’ is highly engaging.

The Premise: Aijaz plays Zahid, a medical sales representative, who finds himself on a mysterious journey. He finds a diary written in his own handwriting that has all the information written about his future. A future that needs to come to pass, no matter what. The supernatural action-thriller has many nail-biting scenes and has the potential to be a top whodunit.

In an exclusive conversation with Fashion Times, an excited Aijaz spilled the beans about the project and said, “The idea was to give a much-needed break to the audience who are sick and tired of watching the saas-bahu melodrama or the romance genre. This is not like the typical storytelling formulas or themes we often see on television. Future Imperfect promises loads of action and suspense, the concept and shooting style will be refreshing and exciting for the viewers.”

Aijaz was all praises for the debutant director, “Working with Kamran Jawaid as a director was a tremendous learning experience for me. I didn’t feel for a second that it was his debut. He had done his research well and exactly knew what he wanted from his shots and his actors. His screenplay was very well defined, up to the point that even minor details were written, so it was very easy for the actors to understand the whole situation”.

Apart from Aijaz, the cast includes Mashal Khan, Khaled Anam, Khalid Zafar, and Hassam Khan. Produced by Zaid Aziz (Vox Vision), it is written and directed by veteran film critic Mohammad Kamran Jawaid. ‘Future Imperfect’ will premiere on Aaj Entertainment on Saturday, August 7, 2021, at 09:00 PM. It will be re-telecasted on Sunday, August 8, 2021, at 03:00 PM.