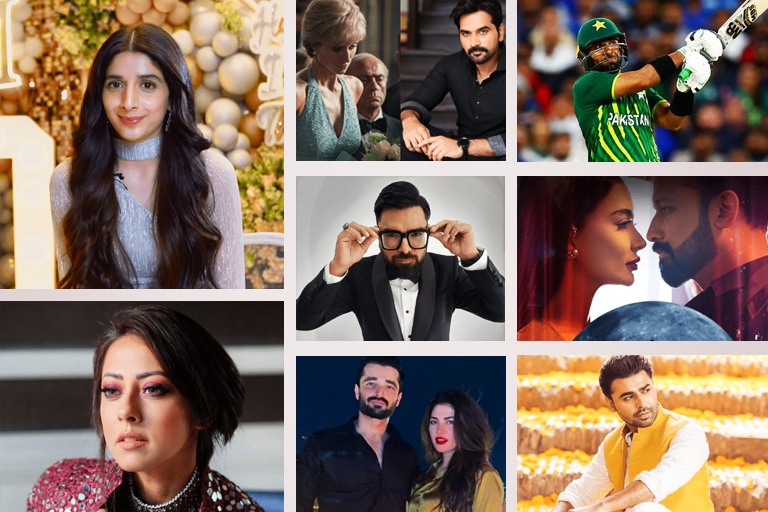 Mawra Hocane launches her own YouTube channel on her 30th Birthday

Excited to show fans and followers what leads to the glamour behind the curtains, actor Mawra Hocane has started her own YouTube channel. In an Instagram post, the Sammi actor shared 30 profound things about herself in a video on Wednesday, she wrote, “SHIT – So Happy I’m Thirty! Find out 30 profound things of Mawra Hocane exclusively on *M Live*.”

Yasir Hussain is all praises for The Legend of Maula Jatt

The entertainment fraternity has given a thumbs up to Bilal Lashari’s The Legend of Maula Jatt. The recent actor to heap praises on the film is Yasir Hussain. Taking to Instagram on Thursday, Hussain wrote, “From Nasir Adeeb sahab’s writing to Bilal Lashari’s direction and Ammara Hikmat’s production, everything is great. The entire time you won’t feel like getting out of your seat or even checking the mobile phone. Babar Ali and Resham’s screen presence was unreal, Ali Azmat and Faris Shafi, best [supporting] cast.”

Ainy Jaffri is making a comeback on TV

We last saw the actress in HUM TV’s Tajdeed-e-Wafa, way back in 2018. After a break of 4 years, Jaffri is all set to star in drama serial Mandi opposite, Mikaal Zulfiqar, Saba Qamar and Shayan Khan. Her Instagram post read, “It’s been a minute…Extremely humbled and excited to be part of this project, joining a supremely talented cast. After a 4 year break, to spend time with my new son and family; I am simultaneously nervous and also thrilled to be entering the acting space again.”

The Crown season five is set to release on November 9, is going to be the second last season of the show. Humayun plays Princess Diana’s love interest, Dr Hasnat Khan in the series. Elizabeth Debicki who plays Diana, had great things to say about the Meray Paas Tum Ho actor. In an interview with Entertainment weekly, she said, “I absolutely adored Humayun – he was such a lovely actor, and such a beautiful person. You never know how that’s going to feel when you’re playing things like that with an actor. So I was very lucky to have him and I think he does such a beautiful job.”

Naimal is a proud wife after watching husband as Noori Natt in TLMOJ. On Saturday, Naimal took to Instagram and said “I’m so incredibly proud of you and Pakistani cinema today! I don’t know where to start from. “Your acting, your presence in the film, and all the insane hard work you poured into it, it shows. You have completely outdone yourself as an artist. You and the entire team deserve all the applause.”

Iftikhar Ahmed became the first Pakistani to four sixes in a T20 match in Australia, as he hit a splendid 50 off 34 balls in the high-octane match against India in the T20 World Cup. Iftikhar bolstered Pakistan’s hopes with a half century after the openers were dismissed early in the innings.

Atif Aslam is back with his latest offering and has just unveiled the first look for his upcoming single, ‘Moonrise’ starring Amy Jackson. He teased his fans a few days ago when he shared the official poster for his new song with a caption, “Chasing love by the moonrise” and revealed the British actress and model as his leading lady in the upcoming music video.

The Indian cricket team has refused to come to Pakistan for next year’s Asia Cup and hosting the ICC Cricket World Cup 2023. At a talk show, singer and actor Farhan Saeed called this act as “childish” and said that ‘We are capable of responding back.’ His post read, “If this is what they do and the World Cup takes place, then Pakistan should host a PSL here, the entire nation should go and see it, and boycott the World Cup because this is stupid and childish and has been happening for quite some time.”