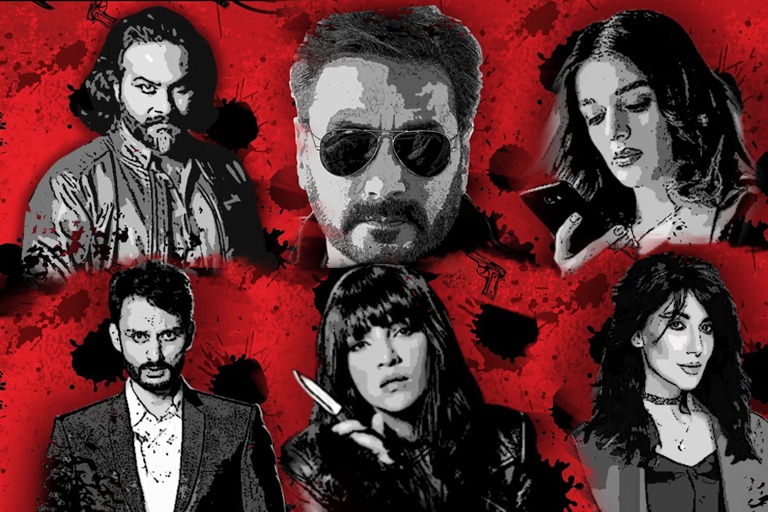 Director Kashan Admani is all set to mesmerize the audience with Pakistan’s First New-Age Revenge Thriller ‘Carma’. The official trailer embarked over YouTube has already won rave reviews. After watching the glimpse of Carma, it’s not wrong to say that a lot of hope is attached to the film. So here are five reasons why you should definitely take some time off from your busy schedule and go watch Carma on September 2. Read on…

Carma is a neo-noir crime thriller that will showcase never seen before twists and turns in the history of Pakistani Cinema. The film promises to have some killer dialogues and action sequences. It will further unveil sensitive topics in our society including child labor, adultery, women empowerment, pedophilia, betrayal, and greed while maintaining a riveting revenge thriller feel.

According to Kashan Admani, the basic plot of the film is primarily inspired by car kidnappings that used to happen in Karachi a lot. “In Carma as the situation unfolds, a lot is happening, there are a lot of connections between the characters and there is a past to everything. This is a non-linear film with a lot of back and forth, so the car kidnapping is (happening in the present) while we go back in the past to unfold certain things. That is the style that we have pursued.” Quote Source (Dawn Images)

3. Acting Chops at its Best

What makes this movie one of the most anticipated movies is the collective acting ability of the cast. If on one side we have the talented Osama Tahir and the incredible Navin Waqar, on the other hand, we also have seasoned actors like Adnan Siddiqui, Arjumand Rahim, and Khaled Anam. Besides, you can even find the powerhouse Zhalay Sarhadi who transforms her image into an edgy, dark, and creepy character. The cast doesn’t end here, as you have others in the row including Paras Masroor, Umer Aalam, Lili Caseley, Vajdaan Shah, Emaan Khan, Anum Gauhar. That’s surely a unique cast.

The craft of cinematography on which the entire visual storytelling experience depends is most often forgotten or just taken for granted. But that isn’t the case with Carma. The cinematographer Farhan Golden has done an incredible job of making the film look like any great Hollywood film. The movie title is a play on the word ‘Karma’ as it has a unique screenplay shot entirely in and around cars. The story may seem to revolve around a young professional abducted by gangsters and taken for a ride, but there is much more than meets the eye in this non-linear story. The seemingly straightforward kidnapping turns out to be an intricate tale of deception, vengeance, and retribution.

Music is also a core ingredient that attracts the audience to a movie. If you haven’t grooved to the love ballad ‘Its You’ yet, you’ve been missing out on something in life. It’s not only a soulful song but also a well-shot number that you can impress your date with. If you still crave another romantic track then ‘Khamoshiyan’ will impress you with its intense music composition.

Are you planning to watch Carma this weekend? Let us know in the comment section below.