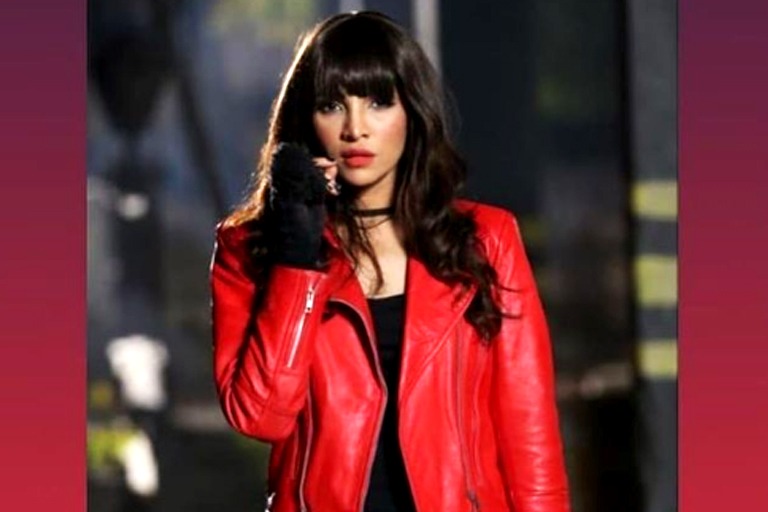 Zhalay Sarhadi is all set to entertain the audiences with her upcoming film, Carma that hits theatres on2nd of September, 2022. The audience is highly anticipating the film, especially the fans of the Jalaibee actor. Why? Because she will be seen playing a malevolent gang leader; how she suffers from childhood abuse and enters the heinous world of crime.

In an interview with a leading newspaper, Zhalay spoke about the process of shooting the film, “It was extremely enjoyable and challenging. I have always focused on enjoying the process rather than worrying about the outcome. I want my projects to do well. If they don’t, I do get disappointed, but I don’t make them my life’s sole purpose.”

Zhalay is super busy promoting Carma and will watch the film at the premiere, “At this point, what I can say is that the story is supremely different. It’s dark and edgy and I am playing a character that I have never played before. It isn’t releasing on Eid and I am glad of that! We need to start thinking beyond the two Eid holidays and I believe that if the content is good, people will go to see a movie.”

The Uraan actor further said that movies give her the chance to do something that’s completely out of the box, “It’s a less restrictive medium compared to TV. Seeing yourself on the big screen gives you a high. It’s addictive and exciting.”

The action-packed movie is directed and produced by Kashan Admani. The story is penned by Fawad Hai. It also stars seasoned actors Adnan Siddiqui, Navin Waqar, and Osama Tahir in pivotal roles. The film is majorly shot in and around cars, therefore the makers have twisted the term ‘Karma’ to ‘Carma’. Sounds Interesting.

Ever since the trailer of the film released, the audience has been raving about it and how they are excited to watch Pakistan’s first new-age revenge thriller. We hope that Carma will turn out to be a huge success at the box office.

Watch the trailer of the film here.