Fashion Times (Review): Yaara Vey Tugs At Your Heartstrings With An Interesting Plot And Consistent Characterization 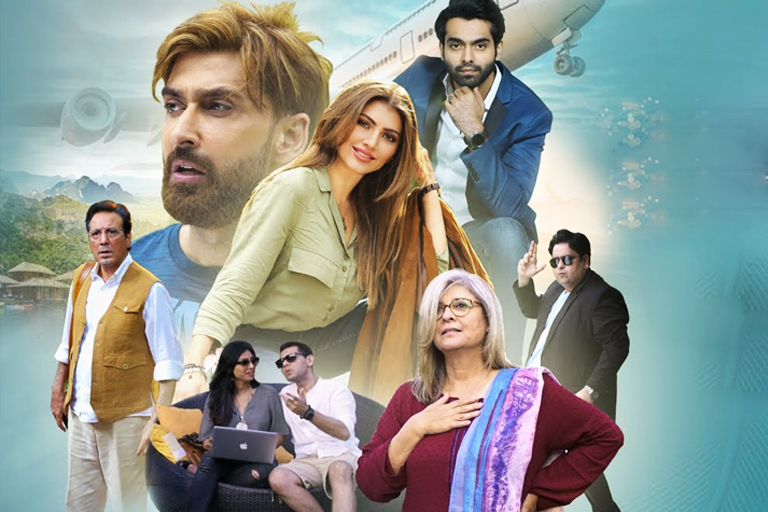 Yaara Vey is the story of Sania Siddique (Aleeze Naseer) a young girl living life to the fullest navigates through a love triangle with Sameer (Sami Khan) and Armaan Syed (Faizan Khawaja). The narrative sparkles with romance, merriment and heartache, is brightly glossy, and boasts of crackling chemistry between its lead actors. Sikander Raina (Ali Sikander), Kabeer (Jawed Sheikh) and Sonia Siddiqui (Marina Khan) make sure the heady concoction never waters down.

Manish Pawar (director) wants to offer something extra beyond a love story. The film begins well and the introduction of characters is done neatly. The situations that the characters face are very real, extremely relevant and reflect the mindset of those in love. The best part is, he never borrows from romantic cliches that most love stories depend upon and that, in our opinion, is this film’s biggest strength. The film brings back the “true love” audiences crave in a romantic film. It showcases the creativity of making a simple love story gripping and memorable.

The performances are wonderful. Sami Khan as always appears confident and dominates some of the sequences quite well. His dialogue delivery exudes confidence with an acute ability to relate to his character. He looks dashing and performance-wise, he is good. Aleeze Naseer delivers a decent performance and gets into the skin of her character well. She makes the audience smile, guffaw and even move viewers, as and when required. From cute moments to romantic ones, to emotional ones and even the awkward ones, she showcases much more than one expected from her. Faizan Khawaja has a crucial part and does well. Ali Sikander is funny and also excels nicely in emotional scenes. He manages to ensure each of his performances stands out. Veterans Marina Khan and Jawaid Sheikh are excellent in their supporting roles.

The music by Atif Ali, Sanjeev-Ajay, Ayaz Sonu and Faraz Ahmad presents a chartbuster soundtrack with an excellent blend of romantic, refreshing, and Punjabi dance numbers. From the tile track to Ishq Tamasha, every track is bound to be a hit. However, Kuri Patakha  steals the show away and is definitely becoming a Shaadi favorite. Aaj Behek Jaane De makes the desired impact, especially for the way it’s shot and placed.

Anik R Verma’s cinematography is stunning. The locales of Thailand, Georgia and Dubai and its bylanes are very well captured. Tausif Mirza’s editing is crisper and smoother. The background score by Tabraiz Haroon is also in sync with the film’s mood.

Yaara Vey is a refreshingly feel-good film with great storytelling, bravura performances, and chartbuster music. Expect no unwanted melodrama, no unwelcome characters, and no earsplitting background music to accentuate the proceedings. Highly Recommended!