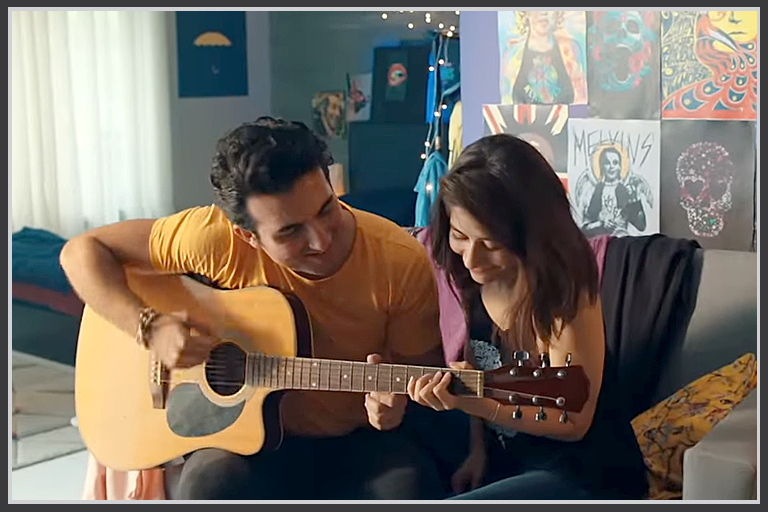 Shahroz Sabzwari and Syra Yousuf starrer ‘Babylicious’ trailer is finally here. After amping up the audience’s excitement for long, the makers finally dropped the trailer of the film and is taking the internet by storm.

The two-and-a-half-minute trailer introduces each character and strongly hints at a love story. Shahroz Sabzwari plays Omar who gets thrown into the real world, after getting dumped by Sabiha (Syra Yousuf). The former fights his undeniable fate to prove love is the strongest force in the world. The films comes across as a unique combo of a chick flick, romcom and a love story.

The trailer also bears a magnificent look all through and the exotic locales of Bahrain only make every frame stand out. The song Maan Ranjhan and teasers have already heightened the audience’s excitement by giving a glimpse of all the masala that the film awaits.

Fans are thrilled to witness Syra and Shahroz for the first time on the big screen. Shahroz is in his element and promises a treat for his fans who can expect breathtaking romance and some excellent action sequences. Syra not just looks beautiful but emotes effortlessly. Both of them look extremely beautiful and have good screen presence.

If you haven’t checked out the trailer yet, it’s time to catch up.

Earlier speaking about the genre of the film, Shehroz said, “The film has its own world. It’s a feel-good popcorn entertainer, if you want to grab some coffee with nachos and watch a feel-good nice chick flick making you a little happy, sad and excited Babylicious is that film.”