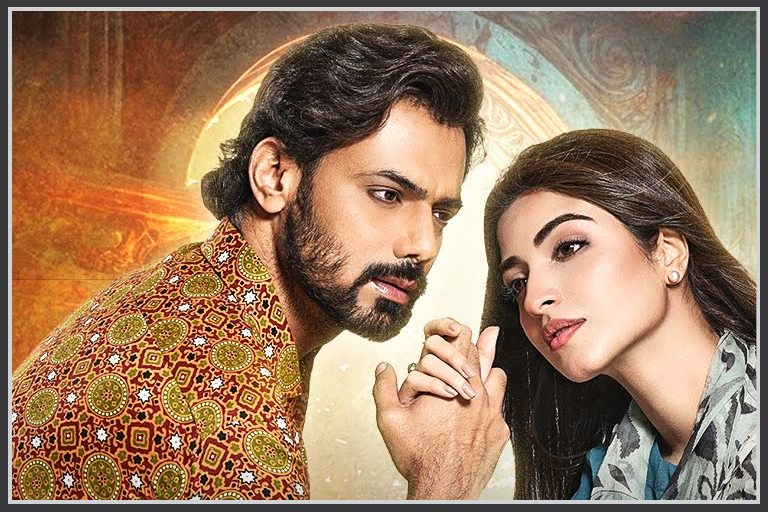 Directed by Syed Ahmad Kamran, written by Samira Fazal and produced by Momina Duraid, ‘Mere Ban Jao’ is the story of a young and innocent girl Azmiya (Kinza Hashmi) who’s only ambition in life is to get married to her cousin Fardeen (Azfar Rehman). The latter is settled abroad and they interact via video calls. Fardeen is very possessive about Azmiya and wants her to do everything which he orders. Azmiya’s mother played by Ayesha Gul is a humble woman guiding her in advance about life after marriage.

There’s a parallel household wherein Hajra (Rabia Naureen) is a tailor and runs her shop for a living. Her son Zaki (Zahid Ahmed) is also a dressmaker, she also has a daughter Nadra (Hira Tareen). Hajra has been providing her tailoring services to Azmiya’s mother from a very long time. Therefore, Zaki and Azmiya have spent some part of their childhood together. Zaki is madly in love with Azmiya and wants to marry her.

As the narrative unfolds, Azmiya discovers the weird behavior of her fiancé. One day Fardeen gets angry when Azmiya prefers shopping instead of talking to him. Fardeen blocks Azmiya at his phone and the latter is upset. Zaki on the other hand is constantly trying to get in touch with Azmiya. The episode ends on a shocking note when Fardeen in a live video call asks Azmiya to fulfill his sensuous desires.

Technology is a force of good and it cannot let it be vitiated and misused. The groundbreaking aspect of ‘Mere Ban Jao’ is how the use of social media can negatively affect and demolish an individual’s life. The drama is based on real-life events and unfolds many dark aspects of obsession, and fear and calls out online harassment. Gone are the days of the typical antagonist where things were only black or white. ‘Mere Ban Jao’ has beautifully portrayed the reality of a grey character.

All the actors especially Azfar Rehman and Zahid Ahmed are on their way to win accolades for their class acts. We have earlier seen Zahid’s versatility in projects like Ishq Zahe Naseeb, Mor Moharan and Faryaad. He has a knack for smelling good scripts and his choice of playing Zaki comes across as unique. What’s praiseworthy is that his accent is totally convincing and doesn’t seem fake. Kinza Hashmi’s act however seems too similar to the ones she had in her recently released dramas.  It’s like she walked from the sets of Ruposh, Hook and Weham to ‘Mere Ban Jao’ and began shooting, without changing her acting process, look or hairstyle. Azfar puts his best foot forward and delivers a fine performance.

On the whole, Mere Ban Jao is off to a good start. The thought-provoking plot and stellar performances have the potential to entertain the viewers in the long run. Mere Ban Jao airs every Wednesday on Hum Tv. It also stars Rabia Naureen, Ayesha Gul, Fazila Qazi, Qaiser Nizamani, Hira Tareen, Noman Habib and Afraaz Rasool.