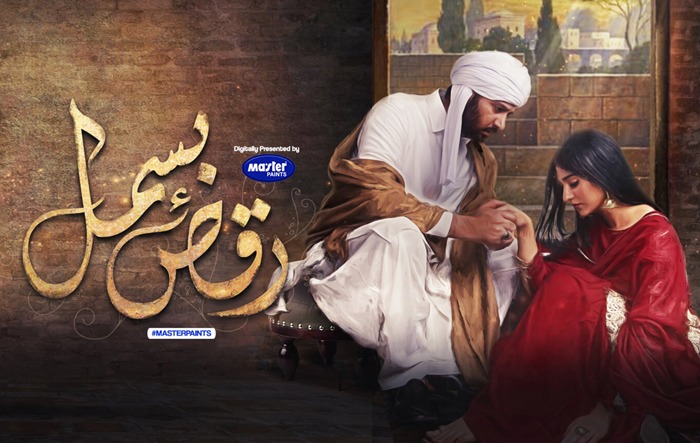 After 28 episodes, Raqs-e-Bismil has (finally) ended. Before I say anything else, I want to applaud the brilliance of the lead actors Imran Ashraf and Sarah Khan. There were many occasions where I found myself surprised at how convincingly Ashraf and Khan slipped into their characters so well that not even once did they go off track. It would be unfair if they don’t sweep the best actor trophy in the next award season. Anyway back to the review…

How they wrapped up the story

The finale episode of Raqs-e-Bismil was an absolute delight. It was crisp, on point and concise. Zohra (Sarah Khan) agrees to the proposal that Peer Qudrat-Ullah has finalized for her. Moosa (Imran Ashraf) is upset about this development; his friends decide to take his marriage proposal to his father. Peer Qudrat-Ullah gets into a heated argument when he comes to know the reality. Moosa arrives at Kashn-e-Pira and confronts Zohra to change her decision. She refuses to revert and asks him to forget her. The episode was nothing short of a well-oiled machine running smoothly as it offered ample twists and turns to keep us intrigued.

Now let’s talk about the last 15 minutes, my heart was in my mouth when Peer Qudrat-Ullah took Moosa’s name while reading the Nikkah Nama. The writing was phenomenal. Hashim Nadeem saved the best lines for this bit. The subsequent flashback that revealed the heartwarming sequence between Moosa and Peer Qudrat-Ullah defines the acting prowess of these two great actors. And the direction by Wajahat Rauf was exceptional. He extracted natural performances from all his actors as raw and real entities, devoid of any unnecessary trappings, never once deviating from the core theme.

Moosa is another addition to Imran Ashraf’s shining portfolio. He takes giant strides as an actor and gives the project much-needed power. His expressions, body language, and dialogue delivery especially in confrontational scenes was spot-on. Sarah Khan was enchanting as Zohra and displayed her strength as an actor in several pertinent episodes. Kudos to her for choosing diverse parts and delivering winning portrayals earlier in Sabaat and now Raqs-e-Bismil. I’d also like to add that the Imran-Sarah chemistry appeared natural and striking.

Momin Saqib was the surprise package of the play. He is an actor to watch out for. He complimented Imran’s character marvelously, displaying the varied emotions seamlessly. Another commanding performance that needs to be highlighted is that of Anoushay Abbasi. Her portrayal as Sakina deserves brownie points. She interpreted her character with brilliance, proving that she’s amongst the finest actors we have today. In the emotional and breakdown sequences, she shined. Mehmood Aslam was tremendous and his act gave depth and feeling to his character. Zara Sheikh’s screen time was limited but she charmed with her performance. Faurqan Qureshi was creepily effective and owned every sequence. Nida Mumtaz and Javeria Abbasi were first-rate.

The magician behind the lens

Wajahat Rauf’s direction was highly effective. His magic came to the fore in several sequences leaving viewers teary-eyed. He executed the plot simply and crisply and that’s what catched our eye. There was a strong emotional connection as Raqs-e-Bismil depicted the delicate relationship shared by a father and his sons most realistically. Rauf deserves full marks for narrating the story with a flourish and the message that the drama conveys resonates loud and clear, without getting preachy at any point.

A word of thanks to producer Shazia Wajahat who produced such an intricate project so beautifully and even more thanks to HUM TV for having the confidence and courage to showcase such meaningful content on prime time. Well done, Team Raqs-e-Bismil. It’s time for soaking in all the adulation.